In July of 1992 I went to Europe for the first time. I went with my mom and sister Rachelle. My sister Rhonda was living in London for work. We flew into London, visited Rhonda for a few days and then traveled around Europe.

This is the trip where I fell in love with London and knew travel would be a core of my existence.

We traveled through Europe via a Eurailpass. We departed Victoria Station and landed in Dover where we took a Jetfoil to Oostende. The ride was rough. We took a train from Oostende to Koln.

We rented a car in Koln (stick shift, different side of the road!) and drove through Germany. We visited Oppenheim, Heidelberg Castle and drove along the banks of the Rhine. 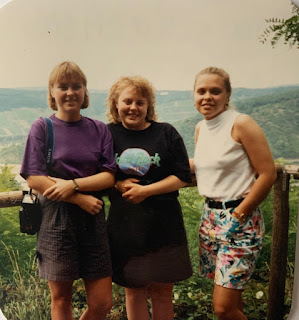 We visited Dachau, a concentration camp. I will never forget the feeling of being there. 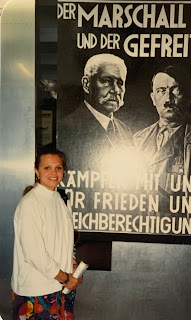 Check out our luggage! There were no wheeled suitcases at the time - only duffel type bags. Crazy. 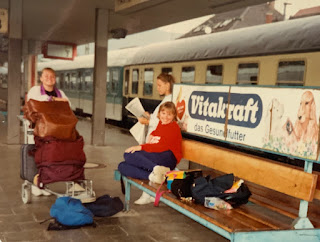 The Berlin wall had only fallen the year prior and we visited Berlin. It was amazing to see the history with most of the wall remaining. We visited the Brandenburg gate. 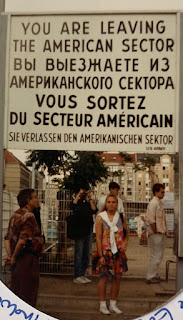 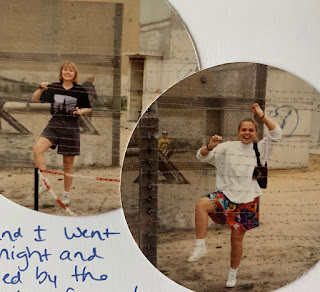 We took a train from Berlin to Brussels. It was here where we flew back to the United States.