My friend Henry has a passion for snow boarding. I dropped enough hints I wanted to visit Tahoe that he offered to be my tour guide. It is a four hour drive from San Jose which feels very similar to a “trip to the north shore” while in Minnesota. 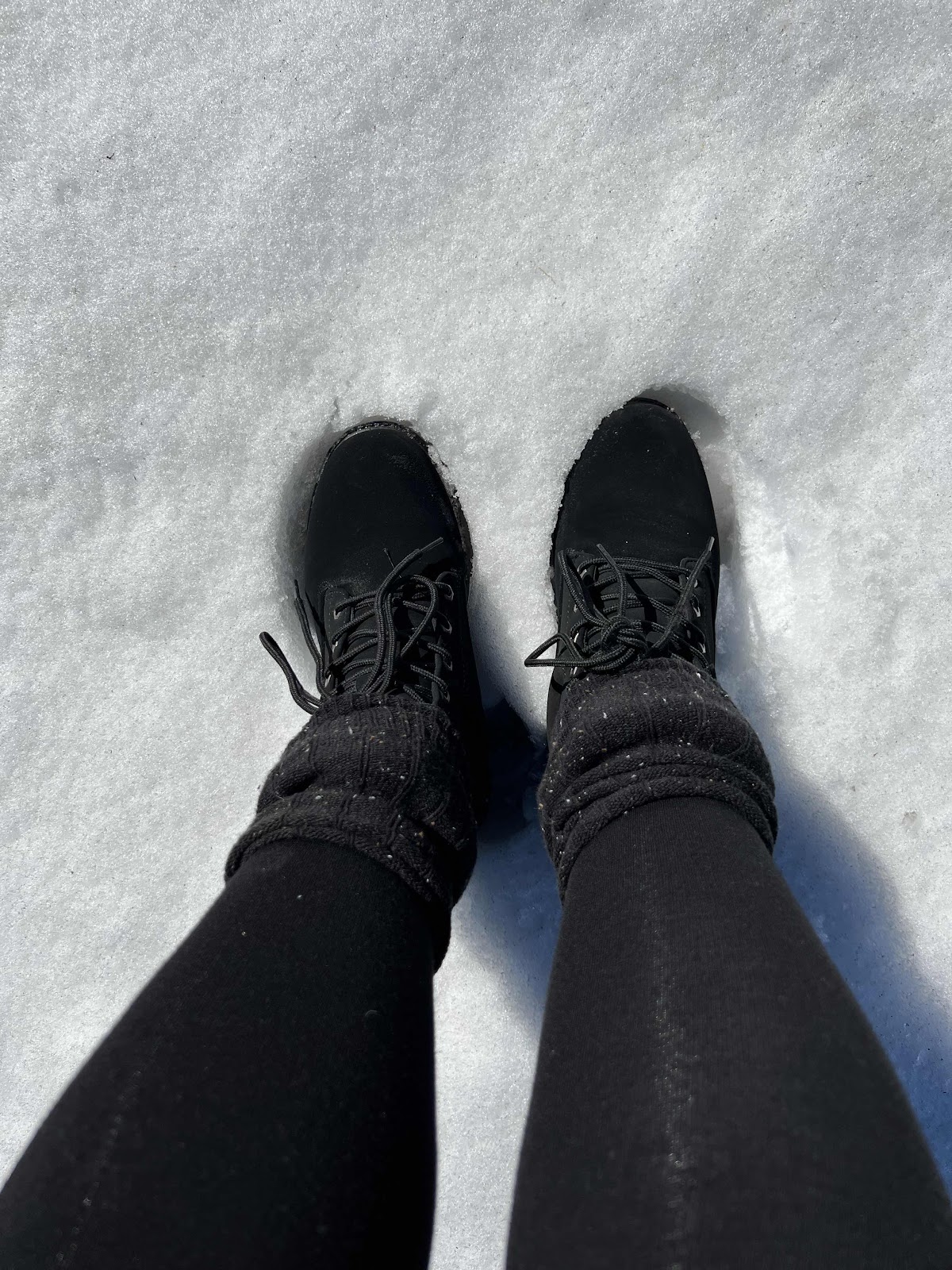 I picked up some boots from Salvation Army and borrowed winter wear from a friend. It had been nearly a year since I had seen snow and confirmed I did not miss it one bit. But Lake Tahoe…beautiful. Breathtaking really. When I first saw it I said “is that a photo”? 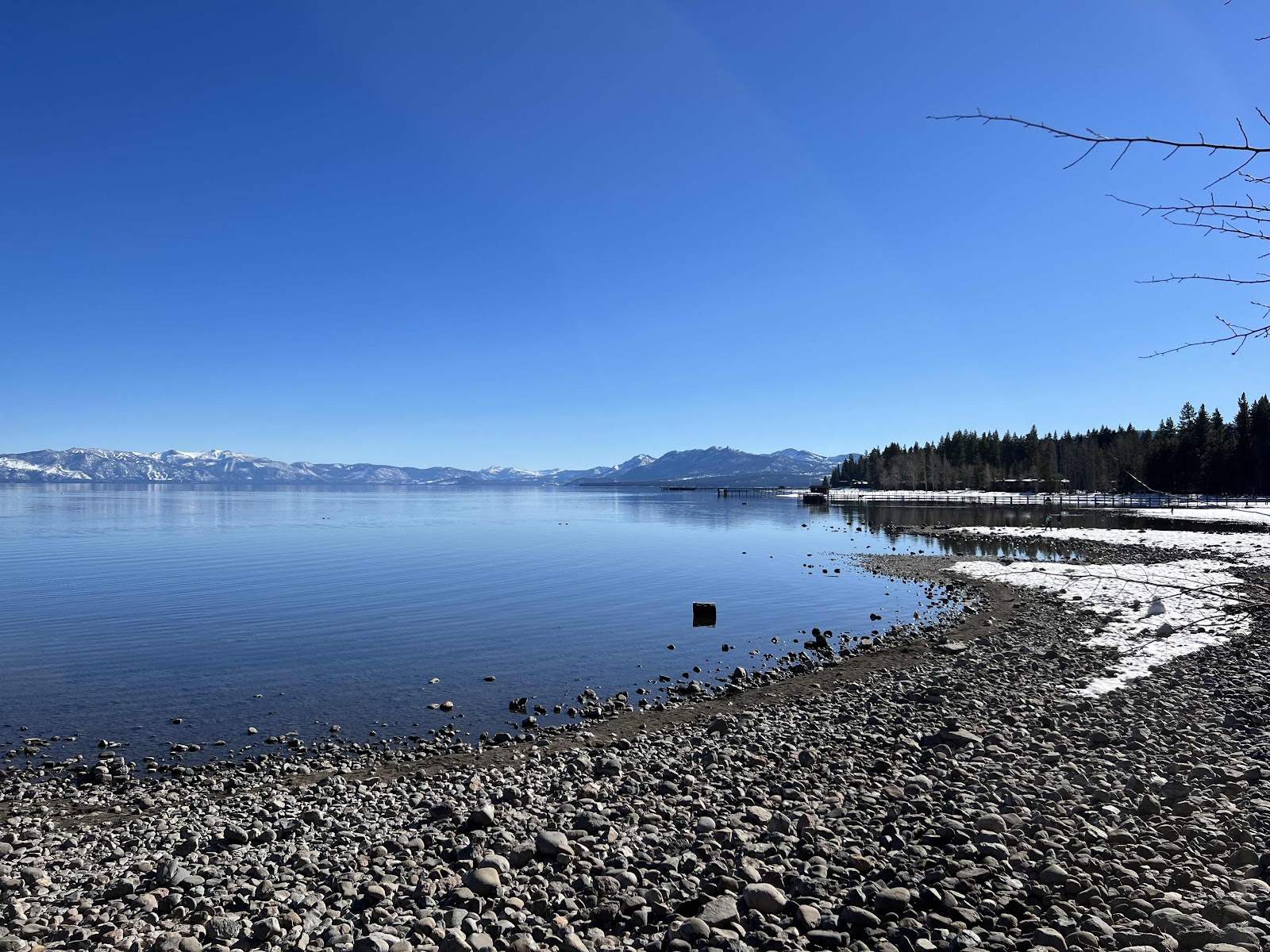 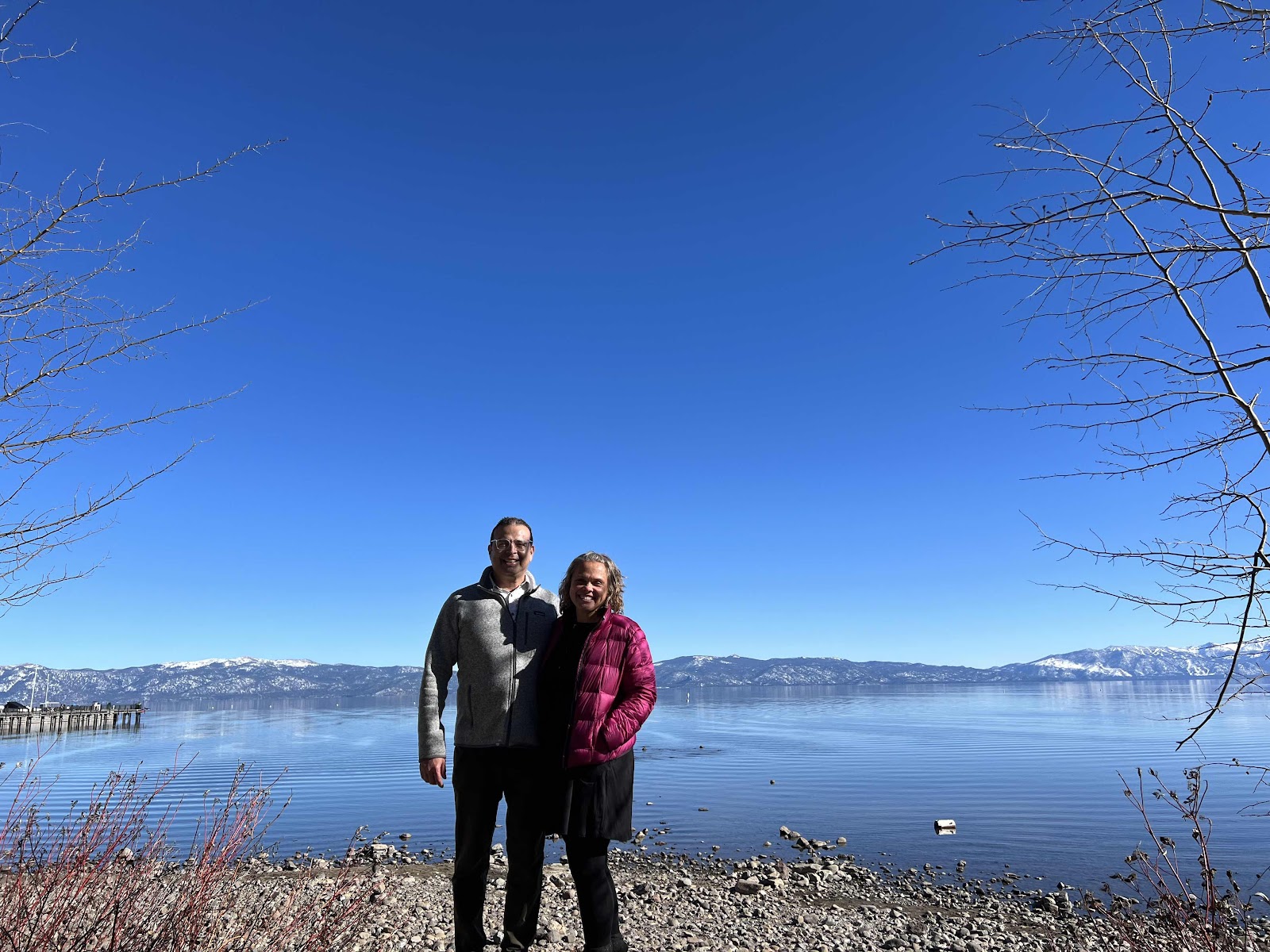 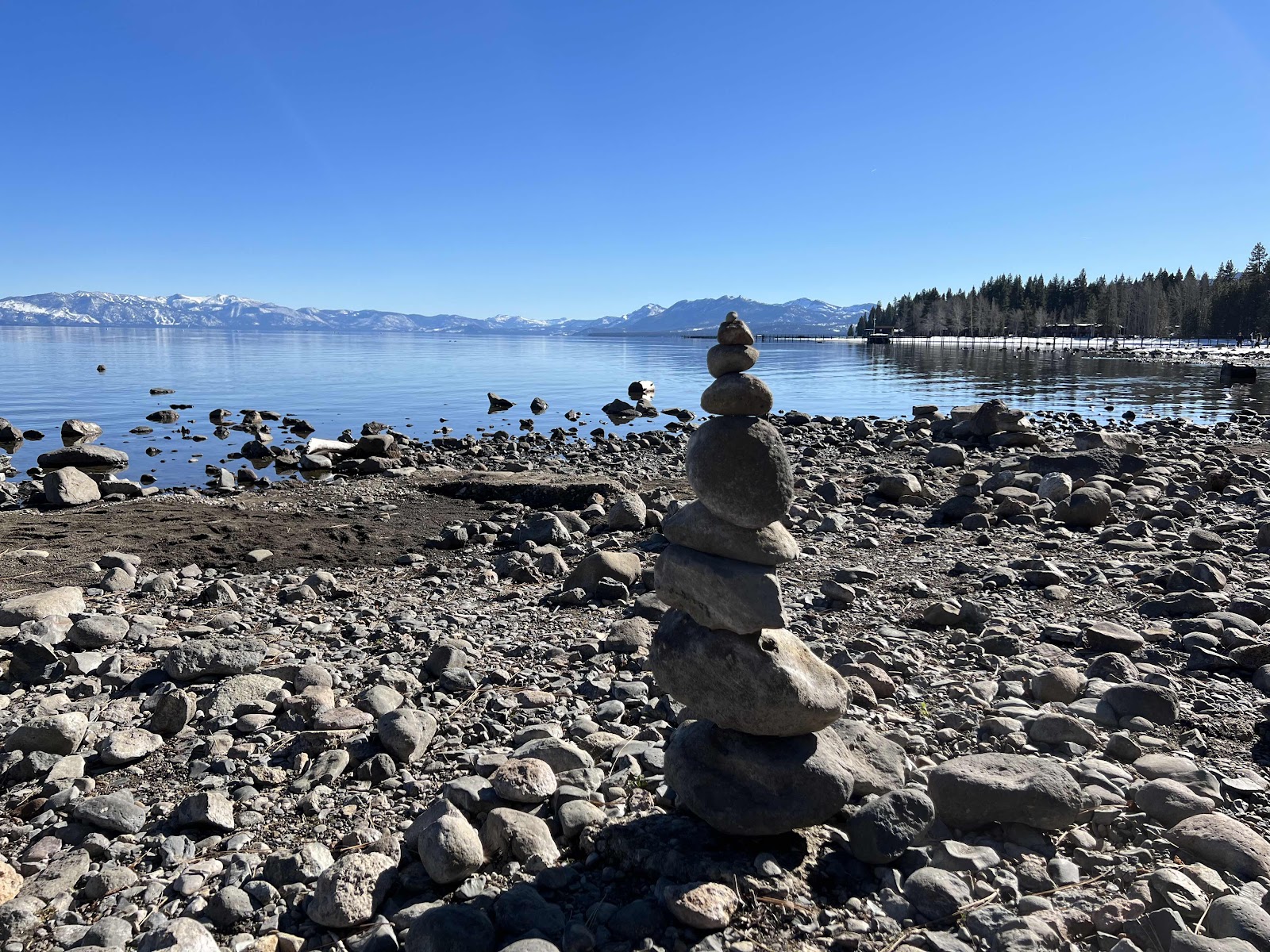 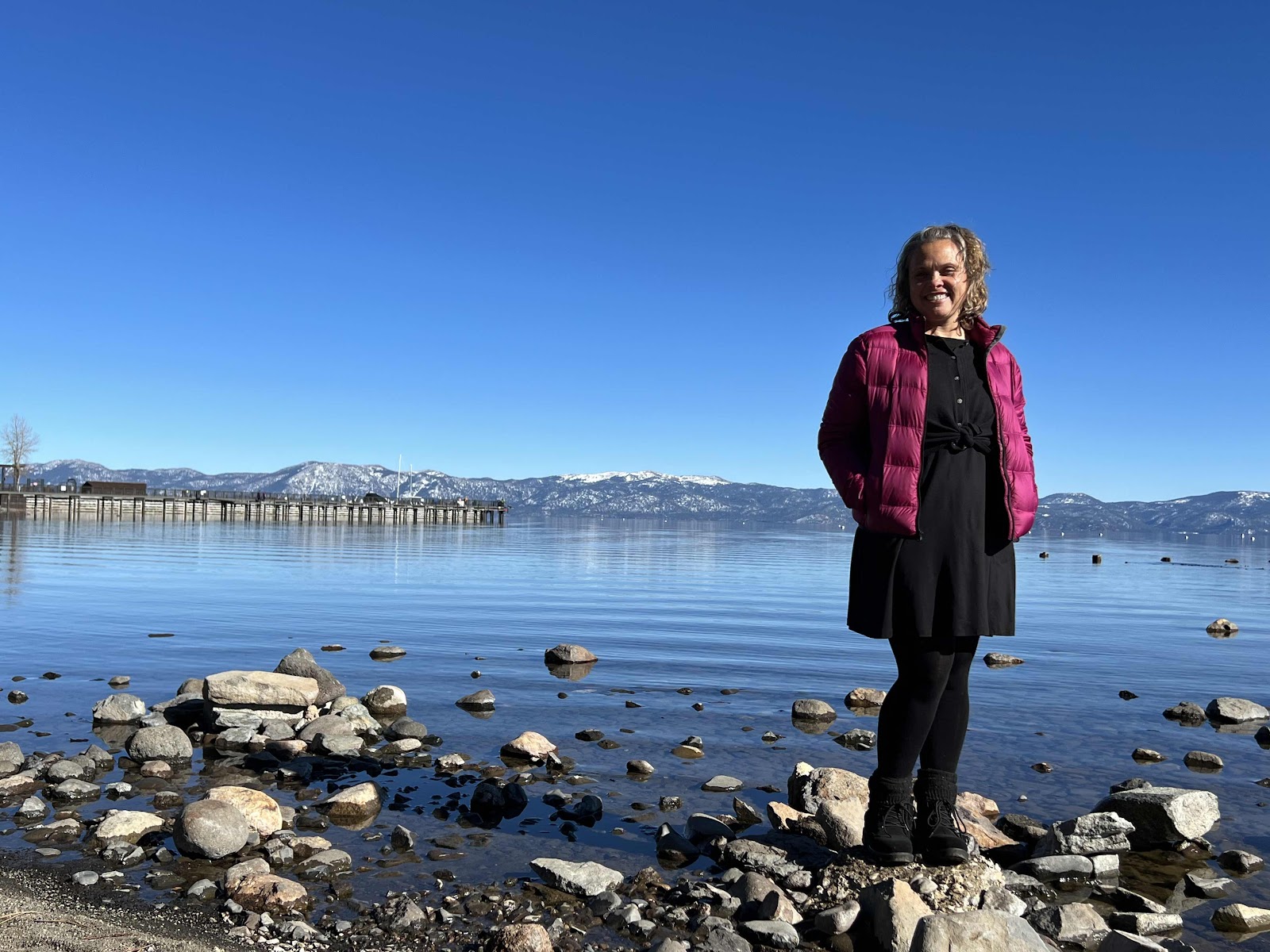 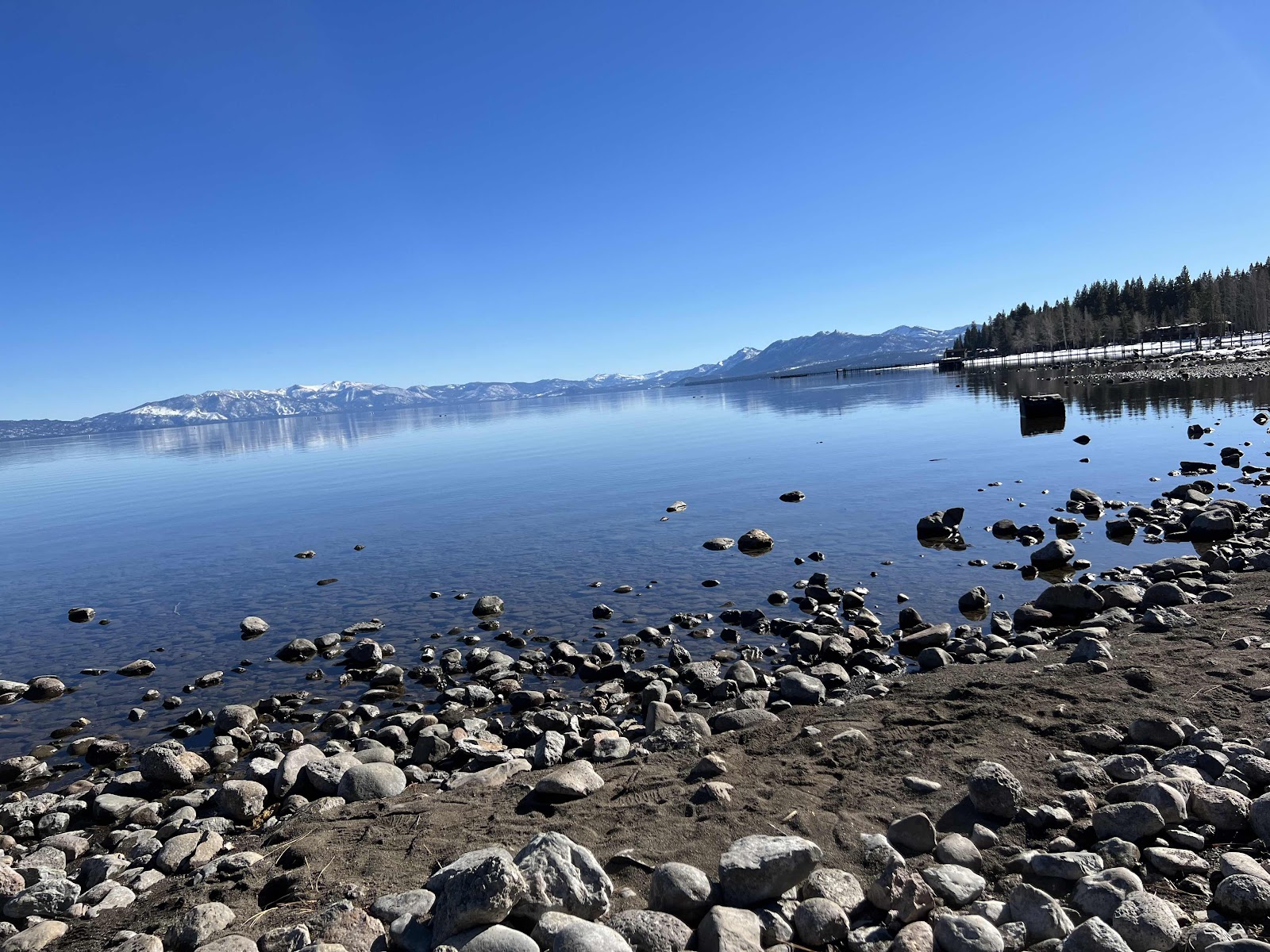 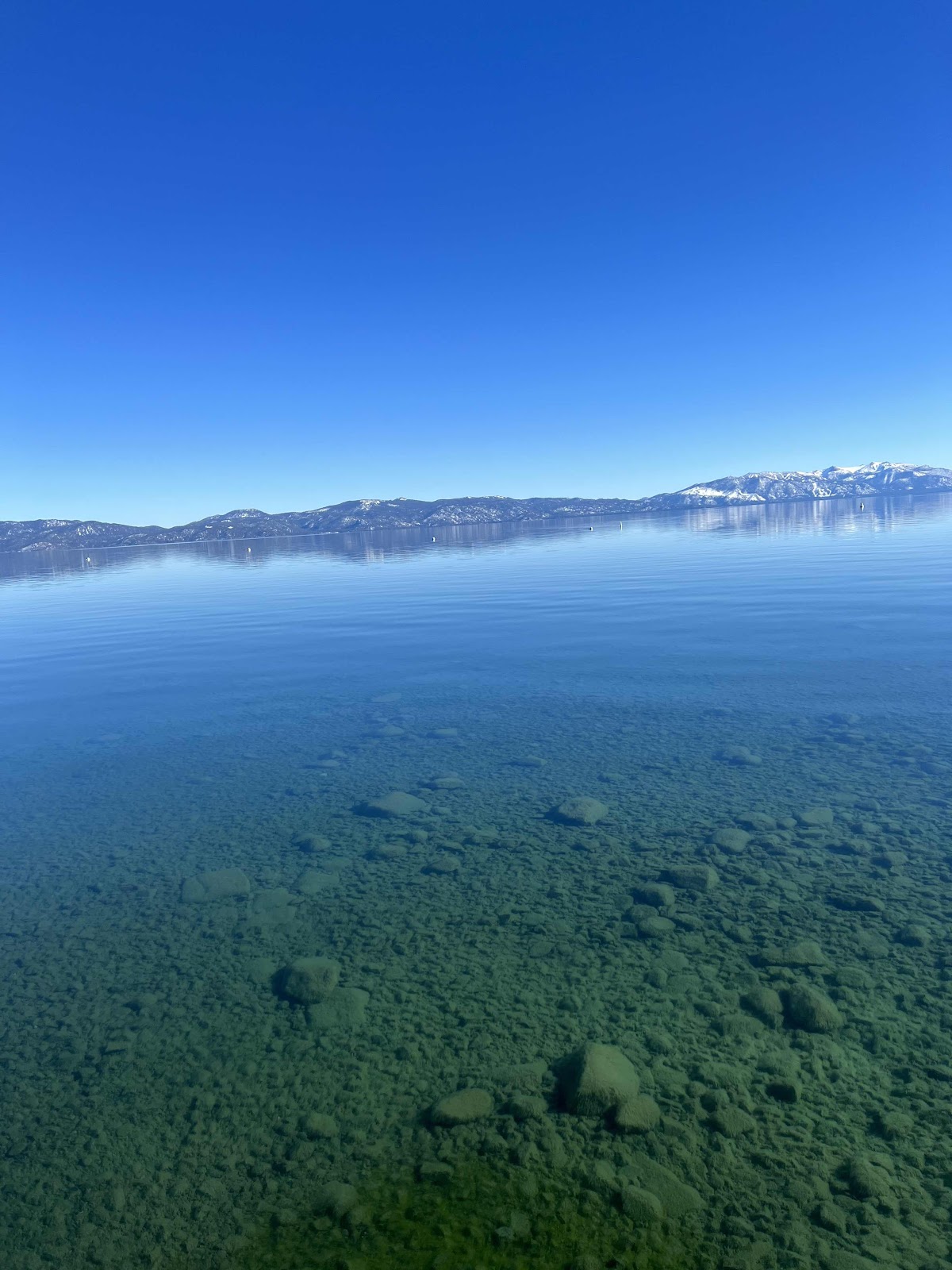 I convinced Henry I’m no fun pretending to be athletic so he stopped asking if I would snow board. But I rode with him to the top of Palisades Tahoe so I could visit the Olympic Museum, which is where the 1960 Olympics were held. 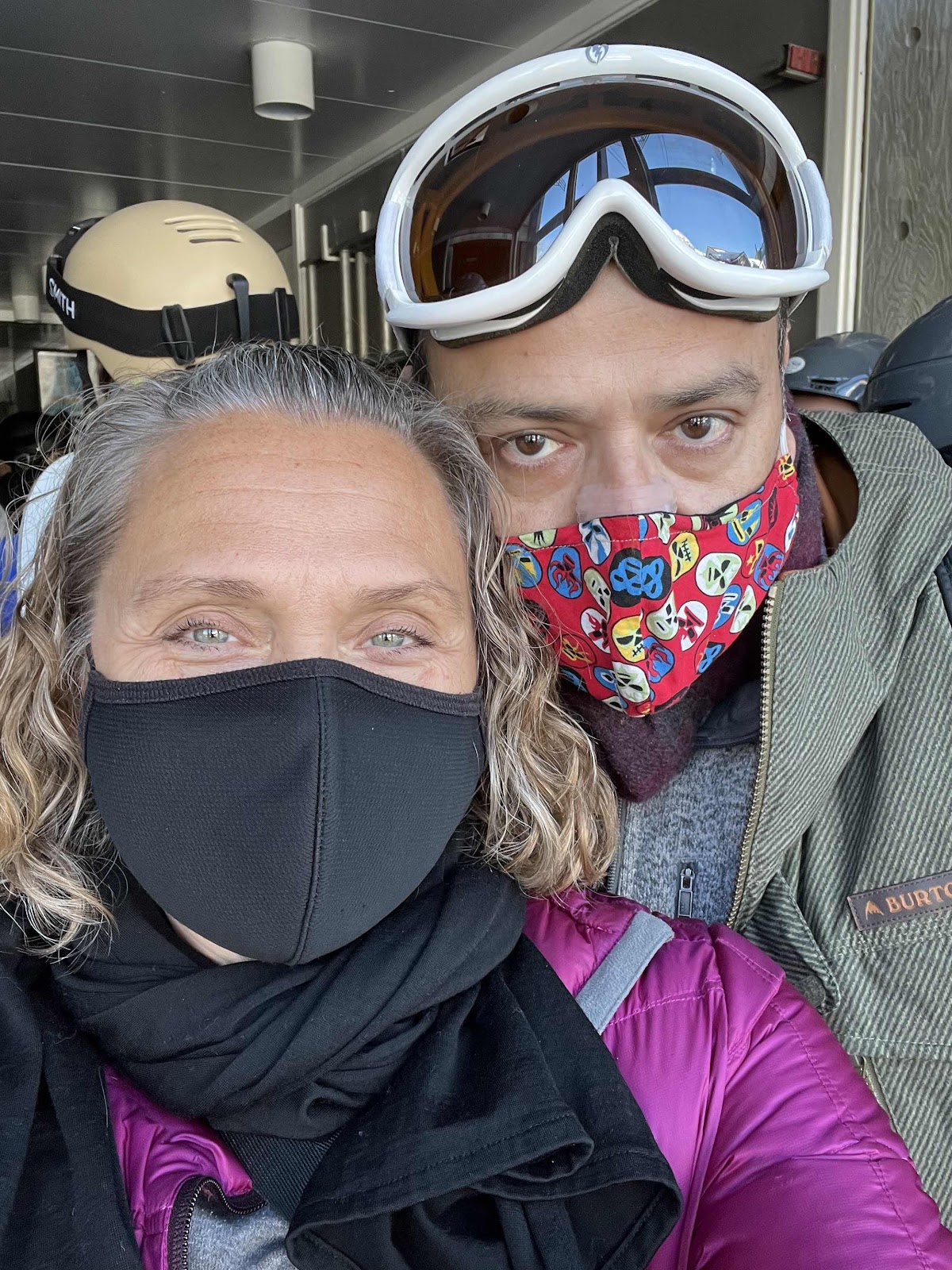 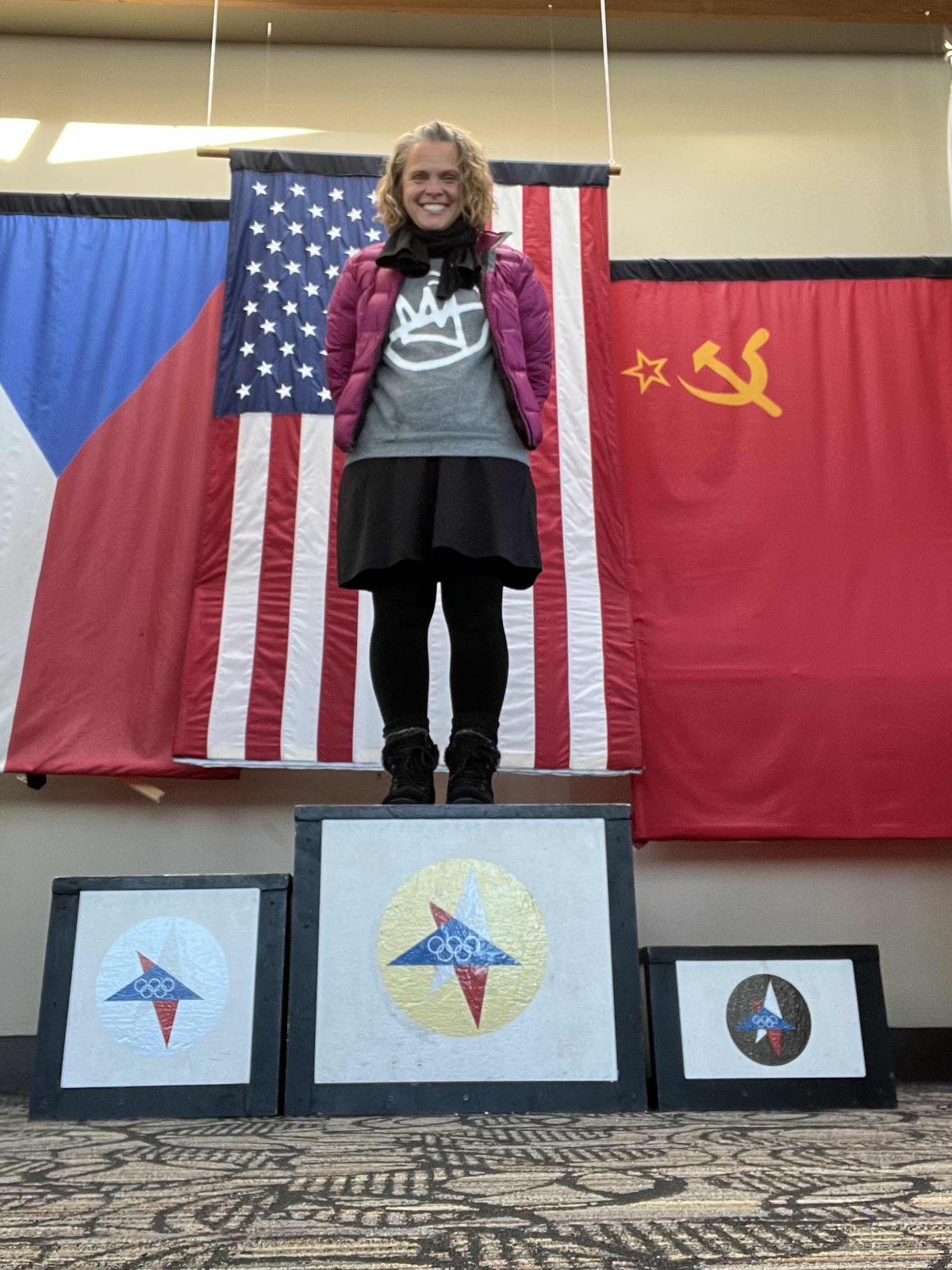 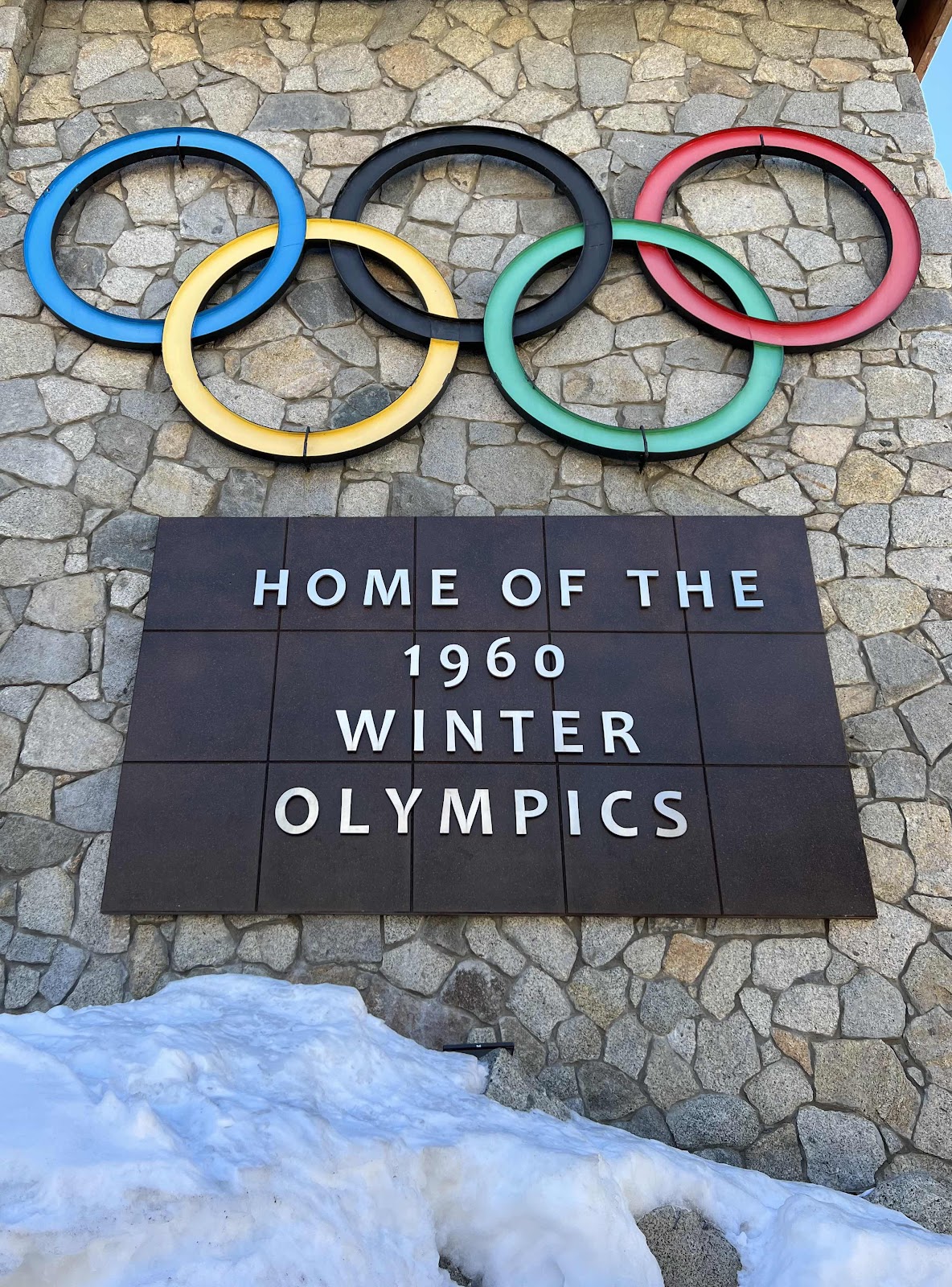 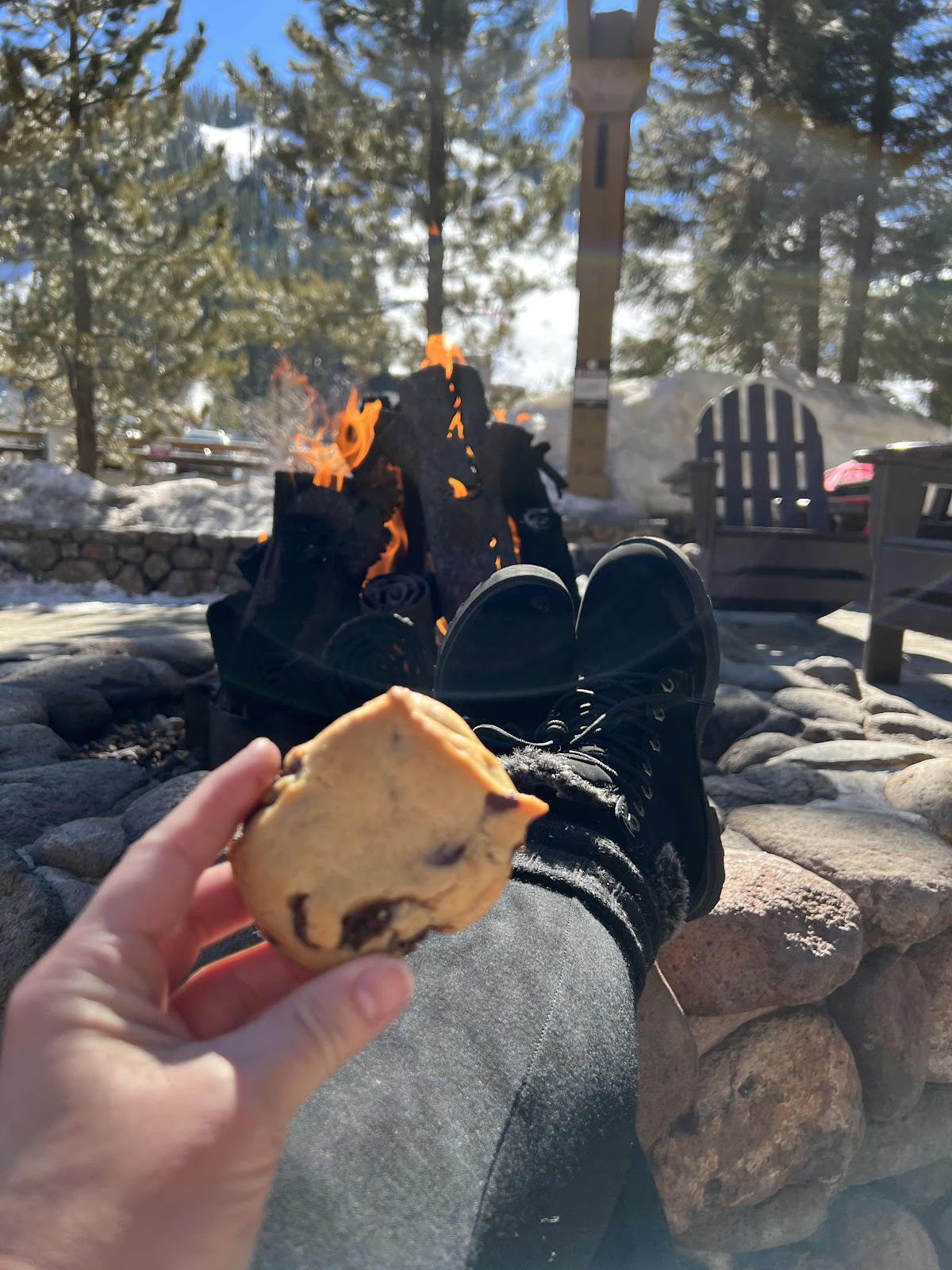 That evening we returned for the sunset tram at the resort which was spectacular! 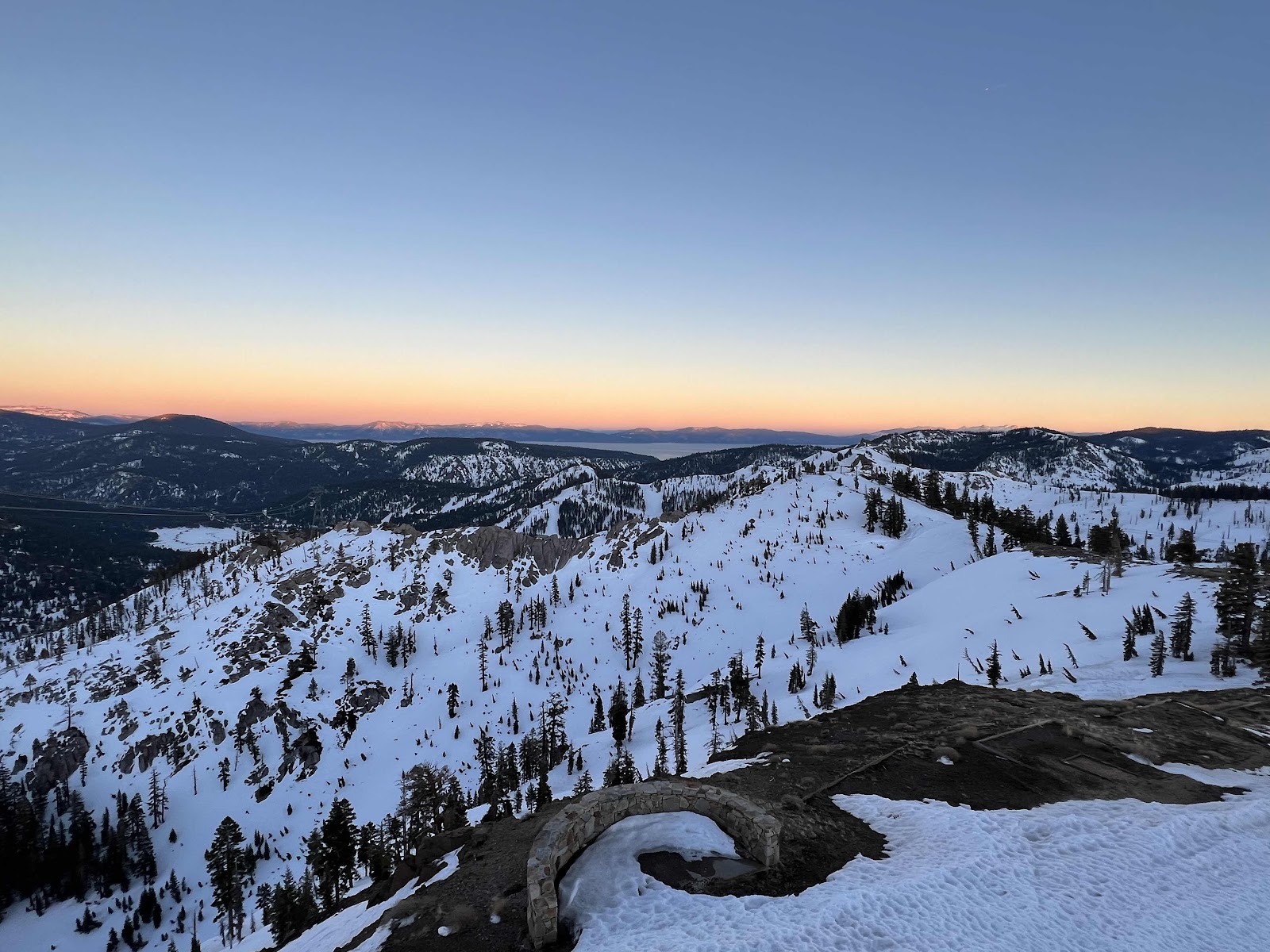 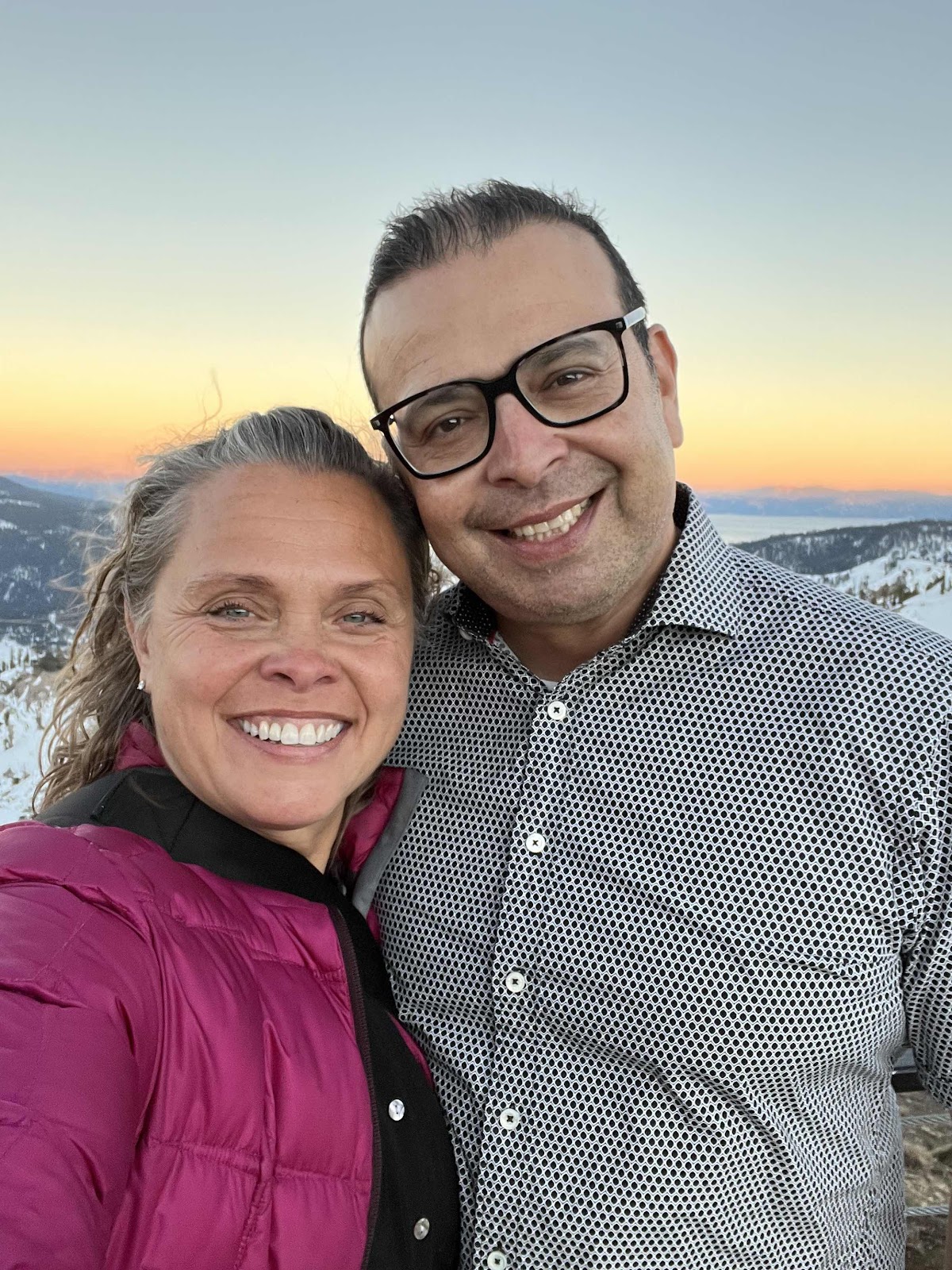 We stayed at an Airbnb in Alpine, near Tahoe City, which has a small town feel. On Sunday we drove to South Lake Tahoe stopping along the way to take in the view.

The two areas are very different. South Lake Tahoe is a bit more big city and bougie. If I were to return, it would be near Tahoe City.
Lake Tahoe is split between California and Nevada. It was fun to stand by this state line. I cannot believe I live here. I pinch myself almost daily. 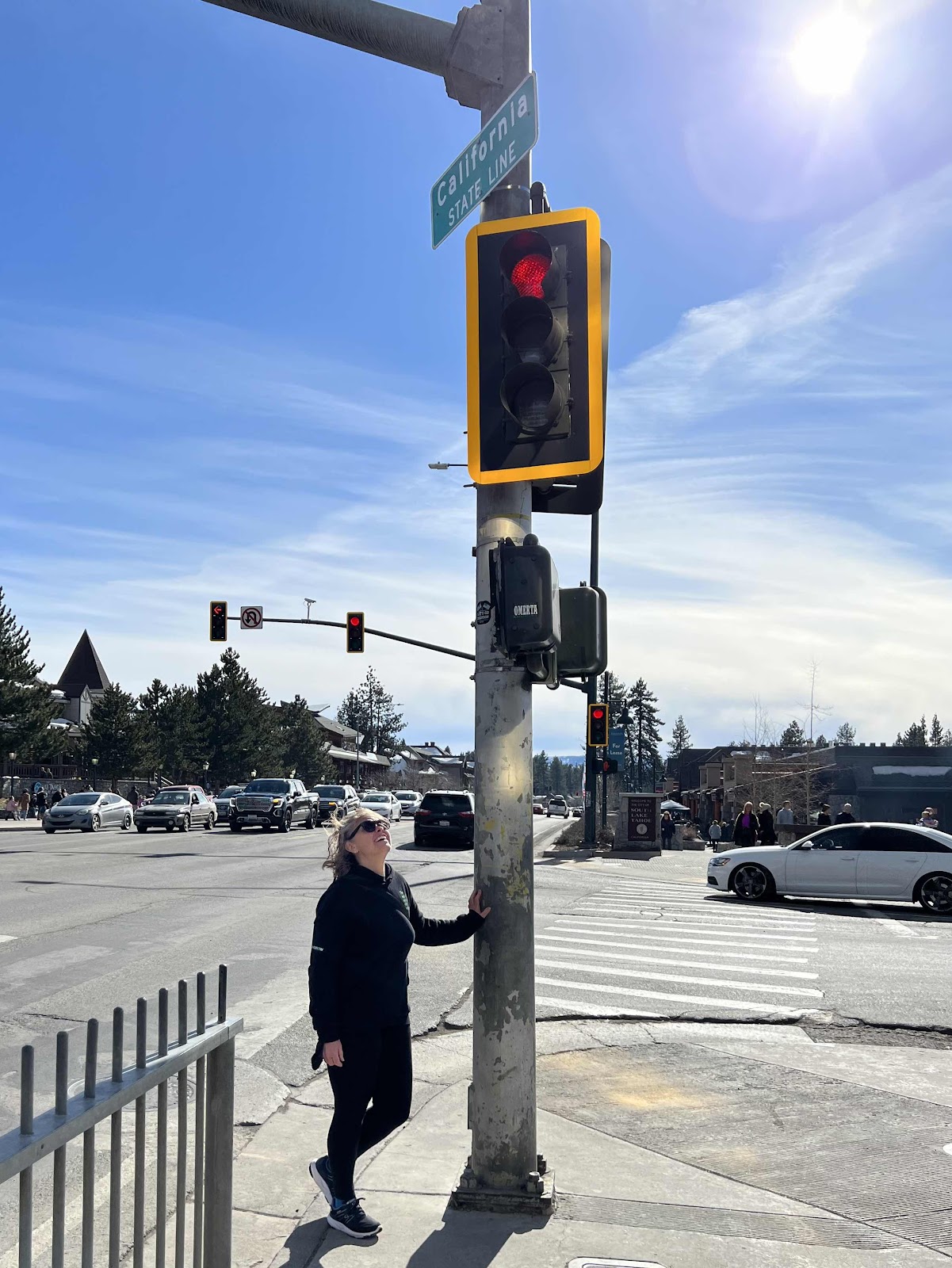 Another great “staycation” in my home state.