Day Eight | A day of digging in the mine ... complete success

Day eight (Thursday, March 31) we started from my mom and dad's house. We drove about two hours toward Little Rock, Arkansas and went to a Quartz Mine in Jessieville. It was called Jim Coleman's Quartz Mine. We had a lot of fun. I completely got into digging for the quartz as did my mom and Paradis. Annelies found a friend, a two-year old girl, who she hung with the whole day. We had good luck and found lots of quartz - clear 'crystals' found in the earth.

I just realized I didn't take any pictures of the quartz, I will have to do that later. We are now on the road and they are in the 'basement' of our camper, underneath. They are basically clear crystals, almost like a diamond, but large. This was a very messy job. We came home and had to wash everything we brought along including our shoes, clothes, digging tools. 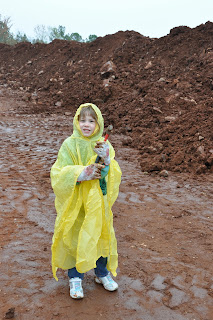 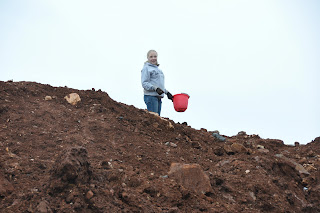 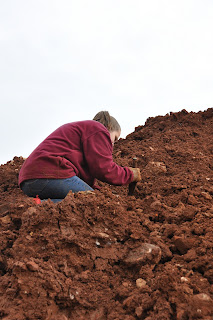