I’m not much of a holiday person but Thanksgiving makes me reflect upon what I’m grateful for. I’m thankful most for my health, the fact my children like me, and all the people in my life.
Today started waking to an alarm, which I like to avoid, but my parking garage was only open between 10:00-11:00am due to the holiday. I drove through some parts of San Francisco, including across the Golden Gate Bridge. 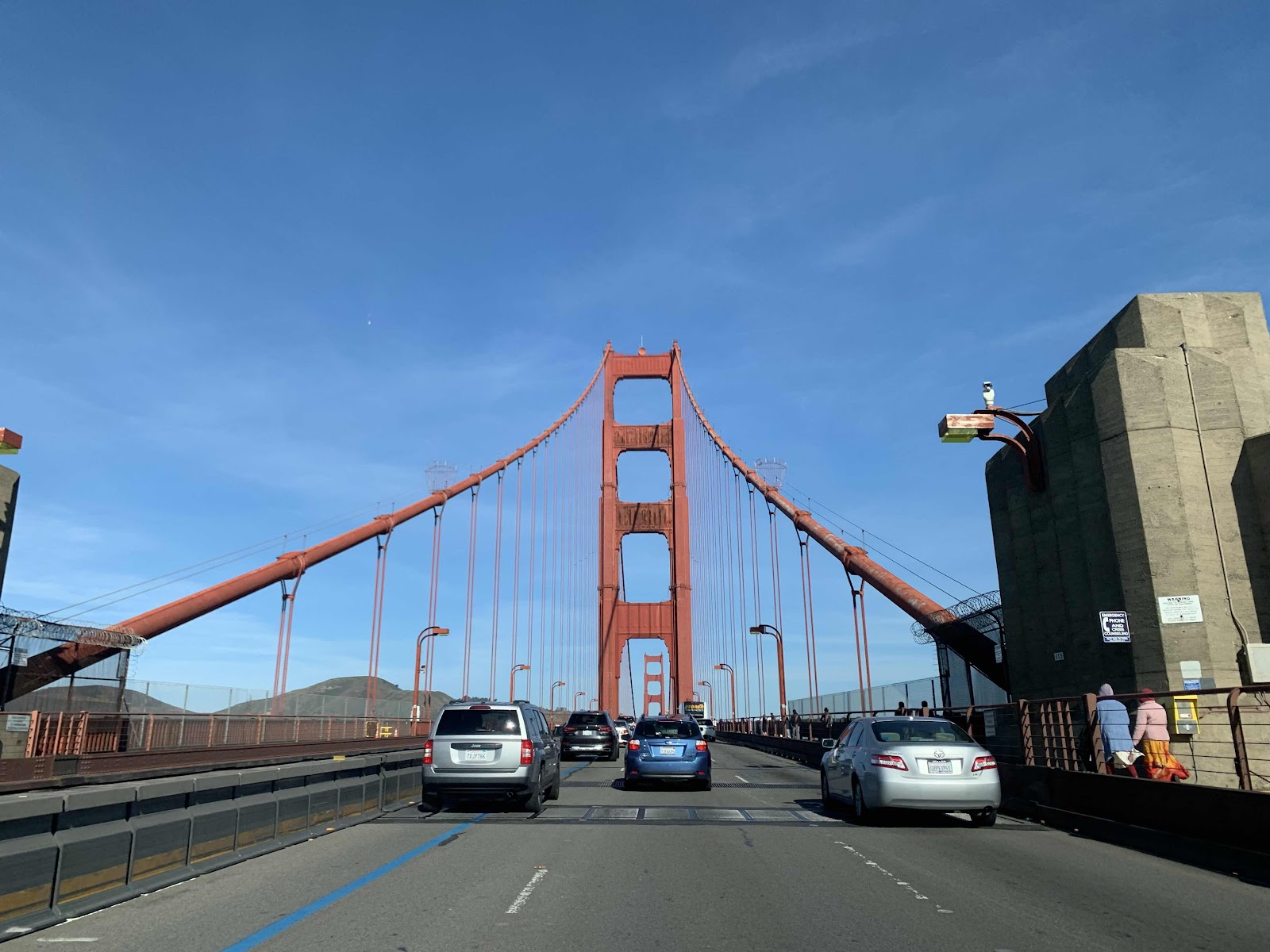 I’m not spending much time in areas I can access by public transportation but I thought it would be fun to drive across. It was. I jumped on Hwy 1 and my first stop was this Taco Bell in Pacifica. You might ask why a Taco Bell but it has the best view and serves alcohol! I thought that would be fun. Probably good they were closed because starting to drink at 11am is never good. 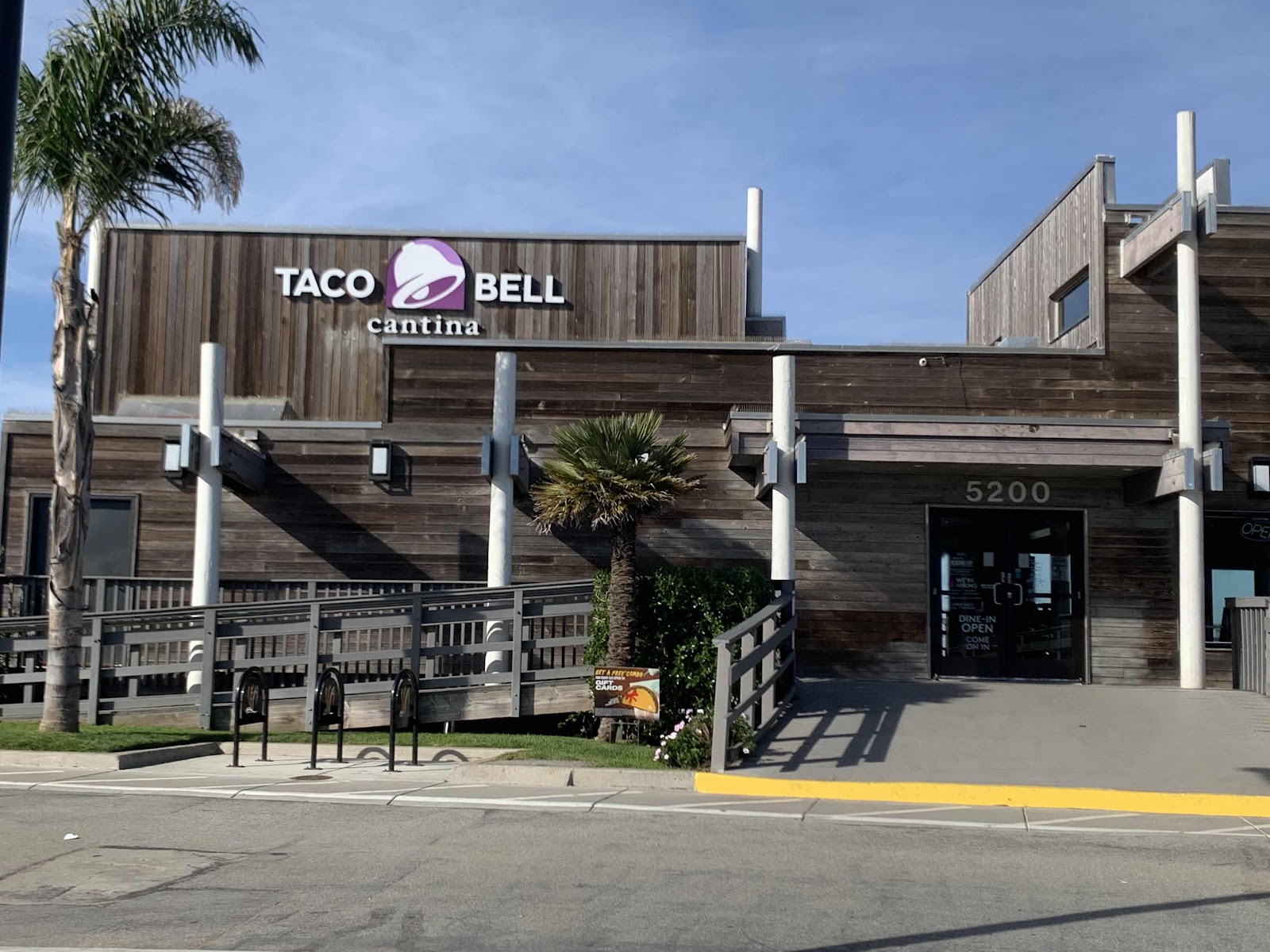 But it gave me an opportunity to watch the surfers and oh my goodness…I have never seen so many surfers! Look closely at my video. Those aren’t seals. I tried surfing once…once…in Hawaii. It was so freaking hard! I admire everyone out there (although I noticed many of them are sitting on their boards).

I continued down the coast and my next stop was a swing that hangs off an old pier in Davenport. When I planned this I wanted to make my way down the steep cliff and get an Instagram-worthy photo but…I chickened out. The tide was high and I would have been soaked and there wasn’t anyone to take my photo. Excuses. 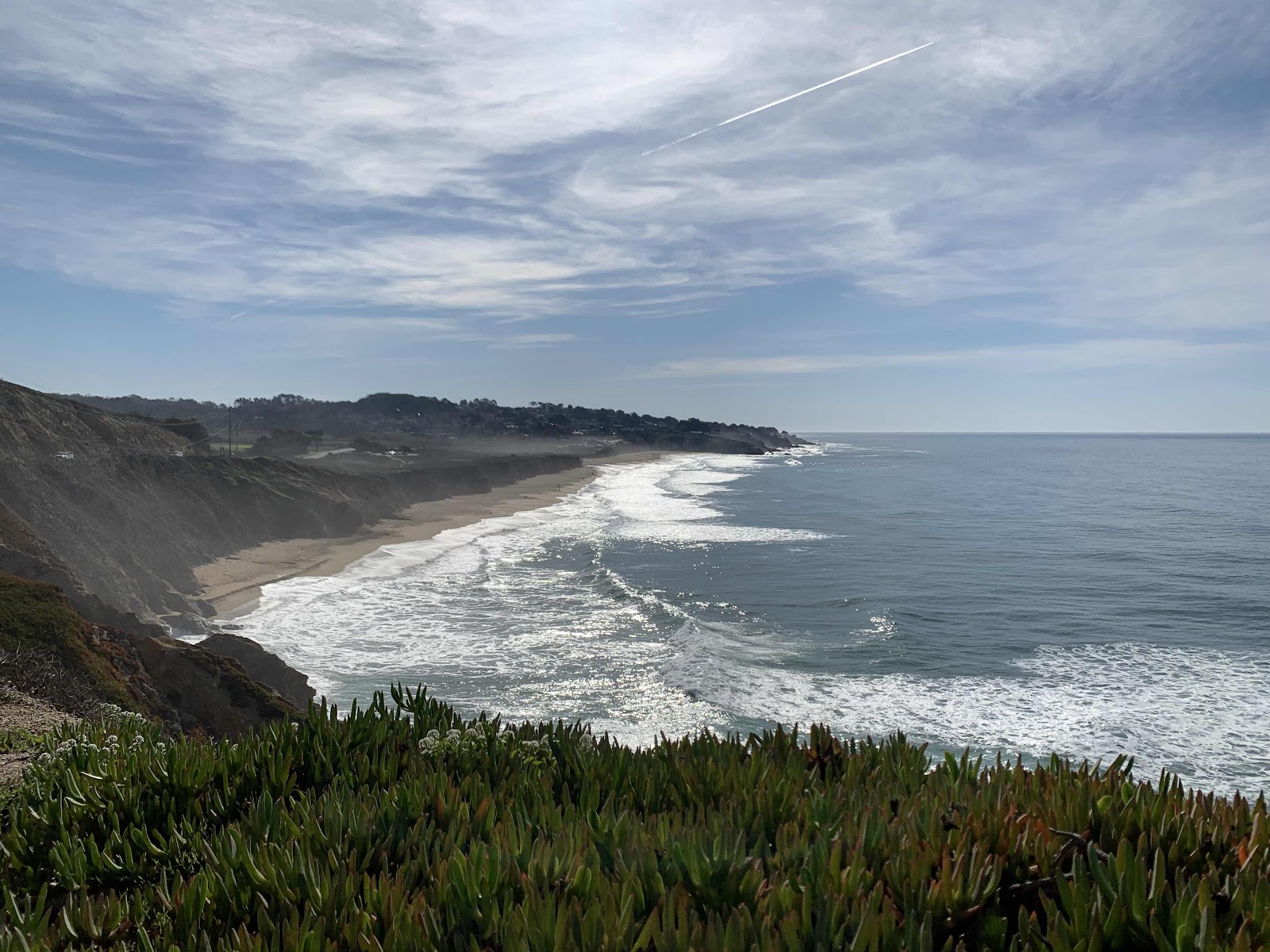 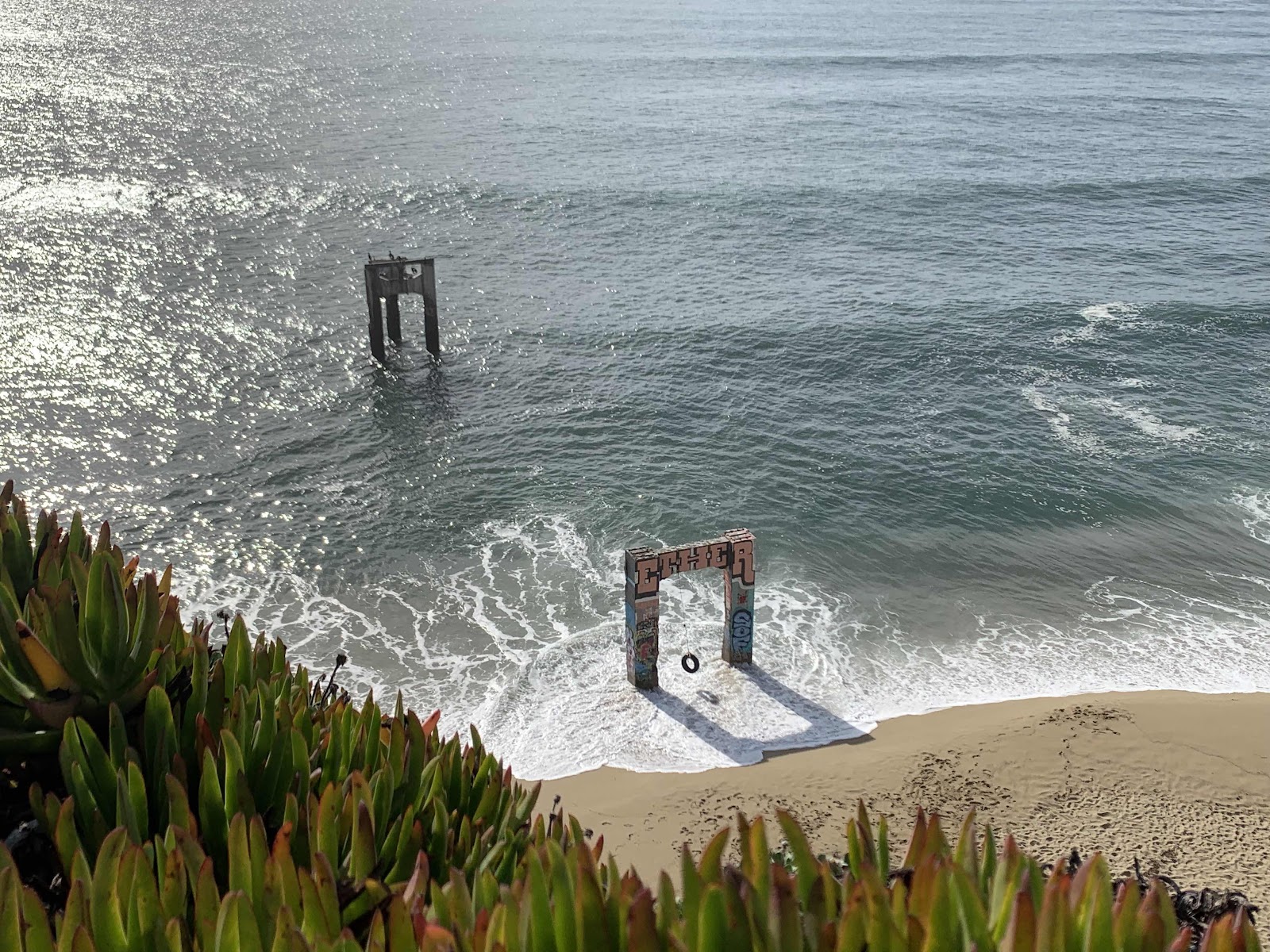 So I took this one instead with my iPhone Watch remote…note the steep cliff in the back. That is what I would have navigated down to the swing. 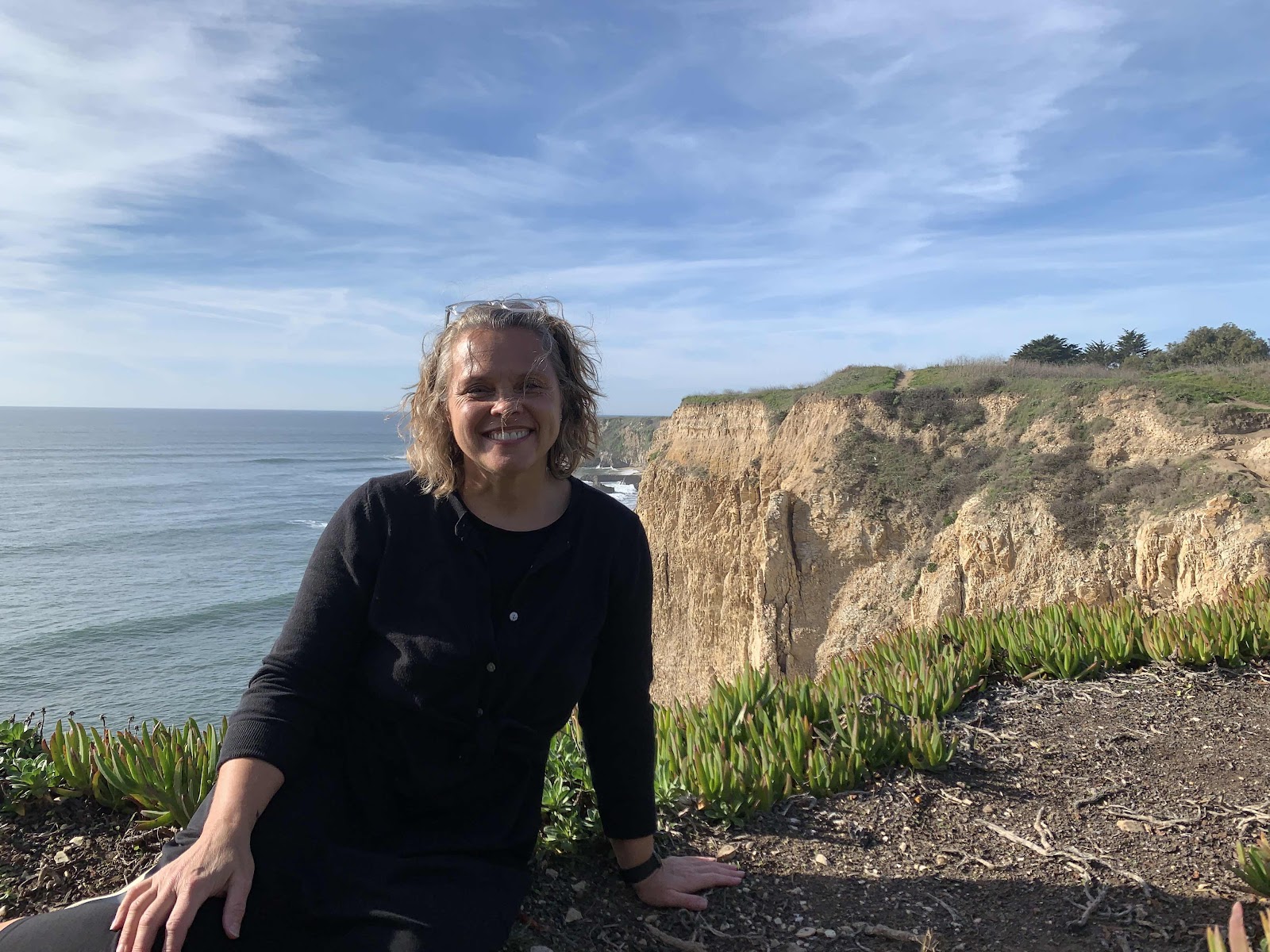 This coastline is just beautiful and the weather was perfect, as always. My next stop was the Monarch Sanctuary in Monterey. Monarch’s migrate to this area every winter as the weather is perfect. Monarchs aren’t stupid. Zoom in on my video if you can. The Monarch population is severely down but it was crazy how they were fluttering around.

I checked into my Airbnb in Carmel. I took a 12 minute (power) nap and went to The Fish Hopper in Cannery Row because I wanted a traditional Thanksgiving meal and this was the only one under $100. California isn’t cheap. If the Monarchs had to pay rent they would land elsewhere. 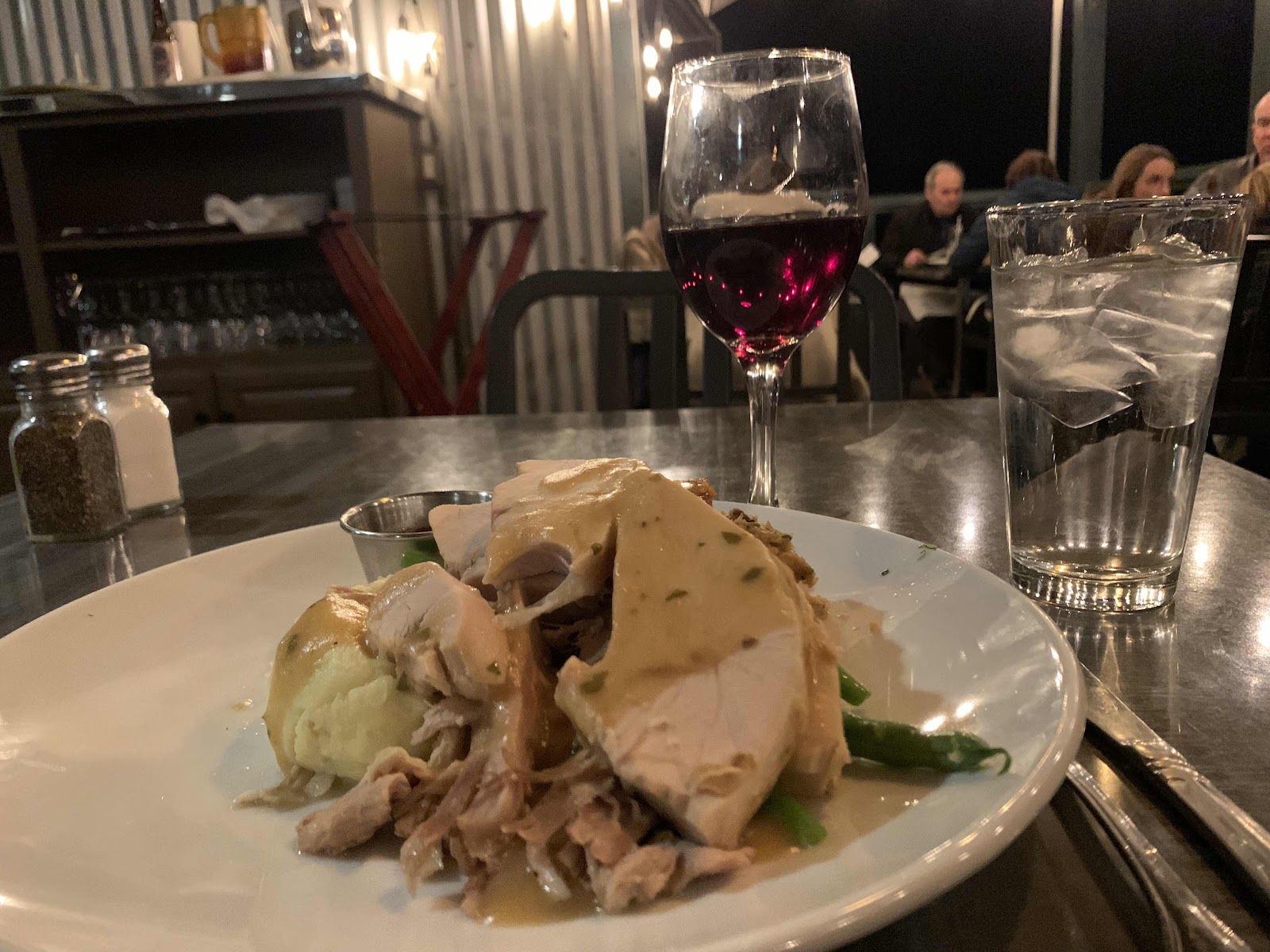 The place was packed with huge tables of families. I was the only single person. Two families asked me to join them. I’ve been dining alone in restaurants for six years now, and although it feels uncomfortable at times I would have rather been alone than sitting with the woman that bitched at her husband all night.
I stopped at the Ghirardelli store and picked up a big of minis. If you want to know how many of those things you can eat before you vomit, I think I tested it tonight.
Happy Thanksgiving everyone. I am truly grateful for my life and everyone in it.