Day eleven of Europe 2018 is the original reason for planning this trip...to see Hamilton. I purchased tickets one year ago, and when I did it seemed like an eternity away.

We all slept in and enjoyed the morning. We made our way to Piccadilly and did some shopping.

From there we went to Victoria Station. Immediately upon exiting you see this...Victoria Palace Theater. It is absolutely gorgeous. 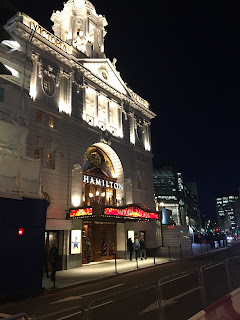 We went to a local pub for a bite to eat and a few drinks (they seem to like gin here), and returned to the theater for the show. 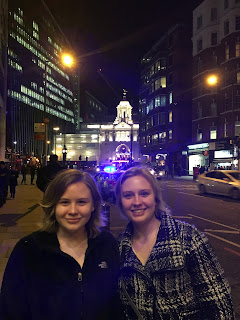 I had an extra ticket due to Renata not being able to join us. They use a paperless/credit card system to avoid after-market sales, and I loved it. It stops resale of tickets, which frustrates me to no end. I completely agree with an open market but I so wish those that put work into the show would get that extra money. How it works is you use the credit card you purchased your tickets with to enter the theater. Cool. Anyway...I had to sell one of my tickets and they wouldn't let me sell it directly to someone outside. So one of the box office people escorted me to the Return Queue and basically auditioned it off. The guy that bought it, giving cash directly to me, was a lighting designer here in London. It was fun to talk with him about his thoughts about Hamilton. Hamilton is of course a story about America, and it was interesting to be in the audience with a bunch of Brits who of course we went to war with to become independent.

As for the show itself, it was amazing. Paradis and I saw the original cast (yes, including Lin himself) in New York March of 2016. I was worried I would be disappointed, but I wasn't at all. The cast was spectacular, the set is simplistically stunning, and the choreography is mesmerizing. 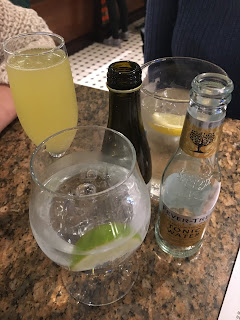 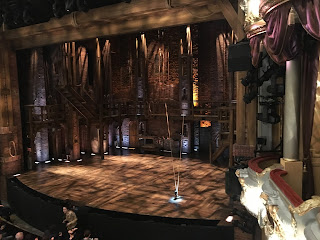 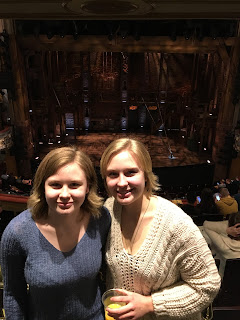 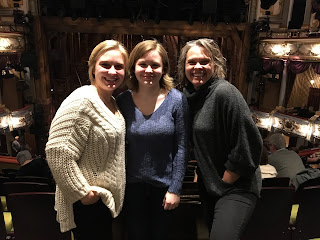 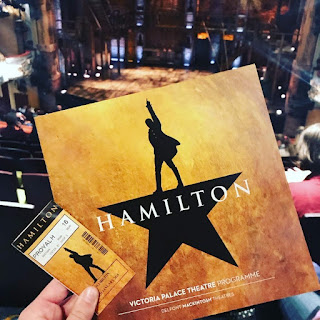 We got back on the Underground for a return trip home, and again saw America in their Evening Standard. 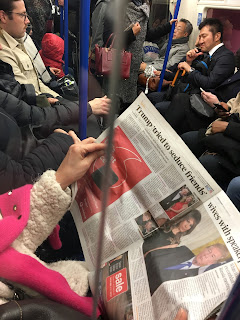