Day seven of Europe 2018 began with me leaving the girls in bed while I queued up for the Eiffel Tower. 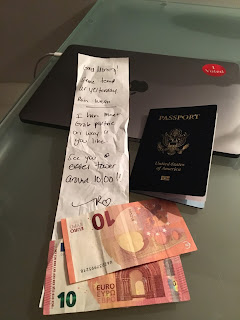 We met at the Eiffel and took the elevator to the second floor (the top was closed due to high winds). The density of Paris just amazes me (see panoramic photo). I think the city is so beautiful because of the simplicity. 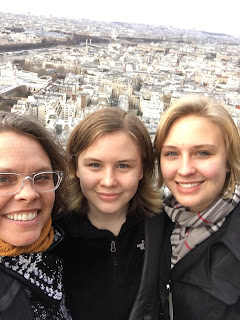 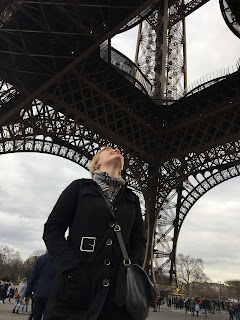 From there we went to the Louvre...This. Thing. Is. Massive...I mean, massive. Whatever you are thinking, times it by one hundred. Crazy crazy big. We had tickets, so getting in was quick, but it took us nearly an hour to a) wait in line for the bathroom and b) get our bearings as to where we were. No lie. 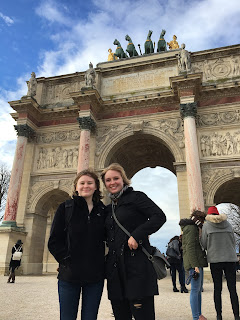 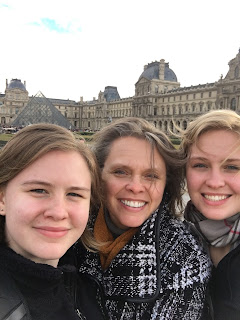 Along the way we came across infamous pieces. Below is a photo of what viewing pieces of art at the Louvre looks like...hard to enjoy it with this much crazy. Of course we had to visit our friend Mona. I'm not going to post a photo of Mona herself because you can google that, but instead of the crowd...I felt we needed to see her, but I wish I could have rented out the Louvre for myself, and a few friends, so I could take the time to truly enjoy the pieces. 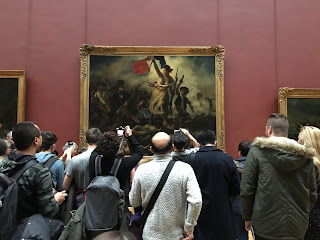 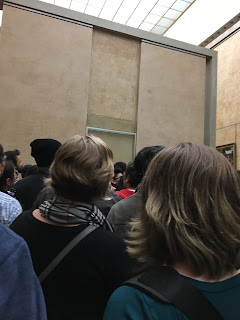 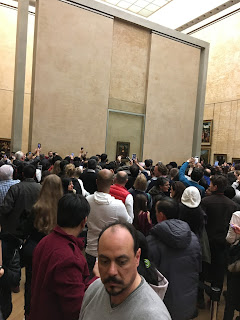 We went back to our flat to rest for a few hours before the evening. The day was super windy. It was warm (nearly 60 °F), but windy, and thankfully no rain today. I picked up some champagne on the way home. 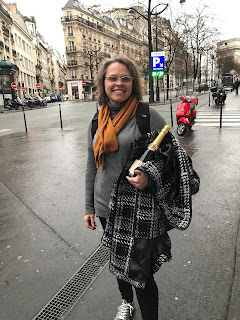 Paradis and I napped for a few hours, and packed up for the evening. Annelies gets overwhelmed by crowds, and made the wise choice to stay back (oh how wise she was). We made our way to the Arc de Triomphe for a light show and fireworks. To say this was an adventure is an understatement. 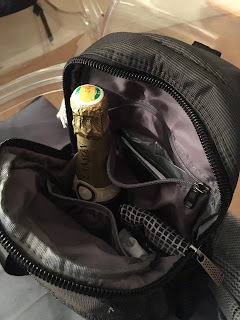 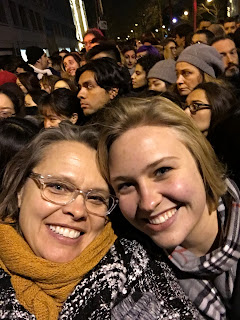 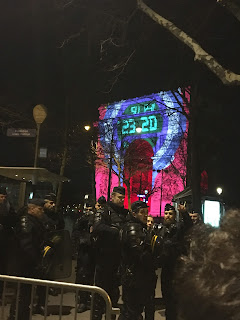 We found a viewing spot near the barricade around 22:00, because when you are short you need to be up front. We spent a couple hours chatting with some lovely people (ok, we didn't chat but simply gestured because we do not speak French), and watched our friends the police. I hope it will continue to be shocking for me to see police with large guns, because I hope I never get used to it.

By 23:00 we realized we weren't in America. There were four incidents of men pushing, and I mean seriously pushing, their way to the front near us. I was amazed at how these men could make their way to us. No one stopped them. It was as if they were scared. Paradis and I attempted to hold our own, but we were no match for the drunkin' idiots. Two of then were arrested right in front of us for crawling over the barrier, which included them being hog-tied with zip ties and beaten with a batton. One women held my hand so tight when things were seriously scary, and we kissed when the clock struck midnight...you do not need to share the same language to feel the same fear. I found myself talking Paradis through survival techniques including "if it gets crazy just stay standing up, don't fall...move forward...don't let go of my hand". Texting with my boyfriend during the adventure oddly enough calmed my nerves (thank you!), and I kept thinking "if we don't make it, at least it will be an exciting way to go".

The light show started around 23:30 and that seemed to calm down the crowd. Thankfully. At midnight we celebrated the arrival of 2018 among thousands of French counting down in a language we do not speak. But I was with my oldest, in Paris. We were alive...hell, MORE than alive, happy and healthy. It was an adventurous way to ring in the new year.


There was no way I could have opened that bottle of champagne in the tight space we were in at midnight, so as the crowd dispersed we made our way to a more open space and opened our champagne with the Eiffel Tower in the background. It was amazing. 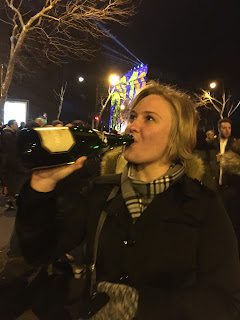 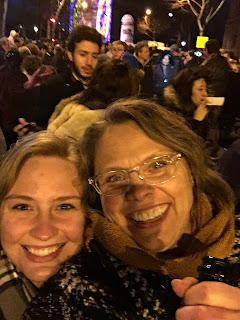 Happy new year my friends! I am so grateful for all of you. 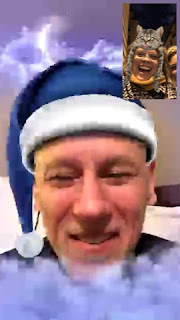