I am often asked what I purchase for souvenirs. I have a few different collections with the same philosophy: Cheap, simple to obtain, small size for transport and take up little space in my home.

Collection Jars. These are probably my favorite. Despite the fact I've moved four times in three years and live in a 1,000sf home I'll continue to lug these for each and every move as well as hang them every where I land. I love looking through them. I just added three shelves to my collection. I currently have eight (8) shelves and 97 filled jars.

Details: IKEA MOSSLANDA picture frame ledge ($12.99) - my first five were IKEA RIBBA but they have been discontinued.  IKEA RATJUN jars ($2.79/4). I attach a clear label with the item and location (e.g, Sand, Noosa - Queensland Australia). 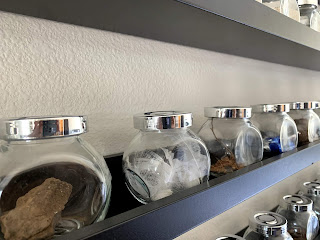 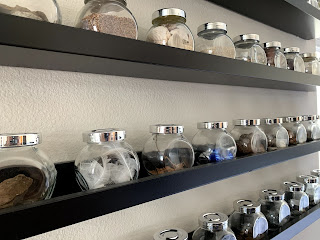 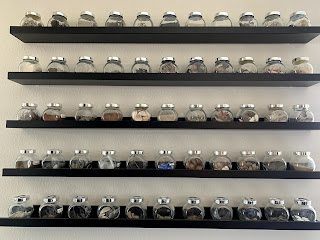 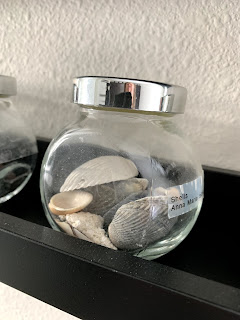 License Plate Map. This is complete. I collected license plates as we traveled the fifty states. I love this thing and it currently hangs in my dining room.

Details: I purchased a cheap paper map of the United States. My father made me a board that would fit all the states. I cut out each state and used that as a template, cutting with metal shears. I nailed with copper nails to avoid rusting since I often have it outside. Click here to see the post of when I first made it. It was very easy. We met some great people along the way as we collected plates including Chris in Oregon, and Haddy in Washington. 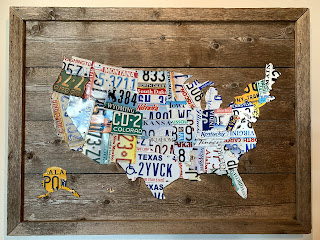 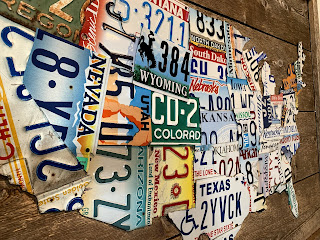 Pressed Pennies. These machines can be found every where, including outside the United States. We started collecting them while at Disney when Paradis was not interested in rides. I usually keep them in a mason jar but I'm currently using it to make Limoncello so this is just a small sample. We have hundreds. 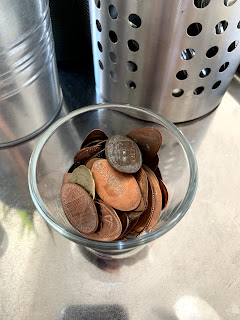 Hotel Key Cards. My most recent collection is hotel key cards. I've only been collecting for a couple years. I write on the back with the date, location and whom I was with. I think they are fun to look through. 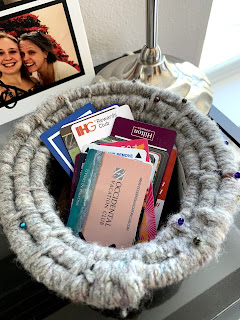