We started off in Lovingston, Virginia. The town doesn't have much, so we picked up 'waxy donuts' at the grocery store. Drove a little north to Schuyler (pronounced skyler), the home of Earl Hamner, author of The Walton's series. I grew up watching The Walton's, and both girls have watched the entire series.

The town had a population of over 7,000 at one point thanks to a soapstone quarry, but has diminished to next to nothing. Currently there is a Walton's Museum and 'Ikes Store' that keeps the town alive at this point. The museum had a lot in it, and was housed in an old school. It was fun to see the exhibits. Here we are in front of the home that Earl grew up in.

We drove into Shenandoah National Park. Most of the park is closed, due to snow and ice, but we were able to drive 30 miles of the Skyline Drive. The mountains are beautiful.

We drove West into West Virginia, our 40th state! That is just simply amazing to me. 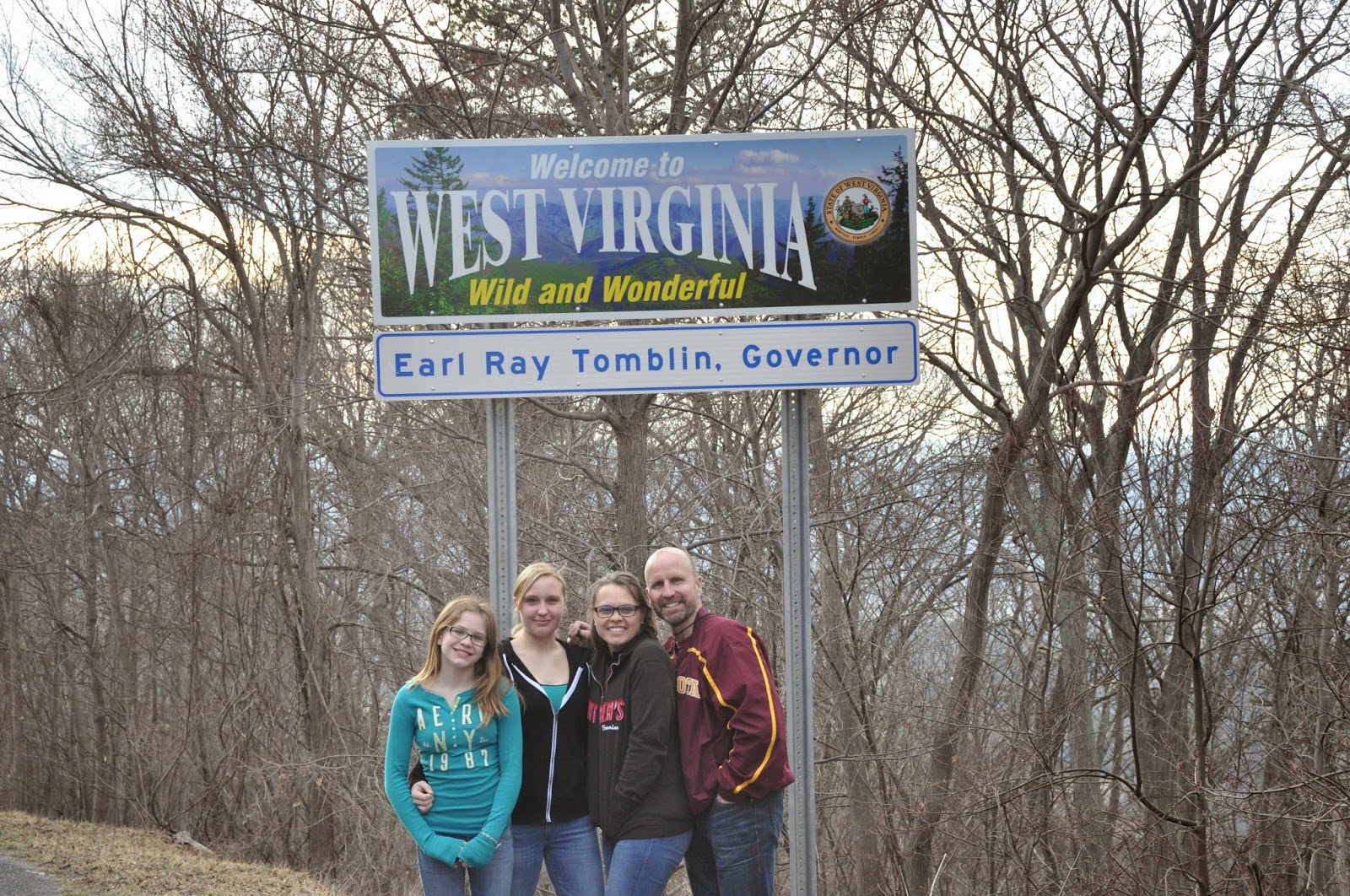 We turned around to catch the Virginia sign we missed the day before. 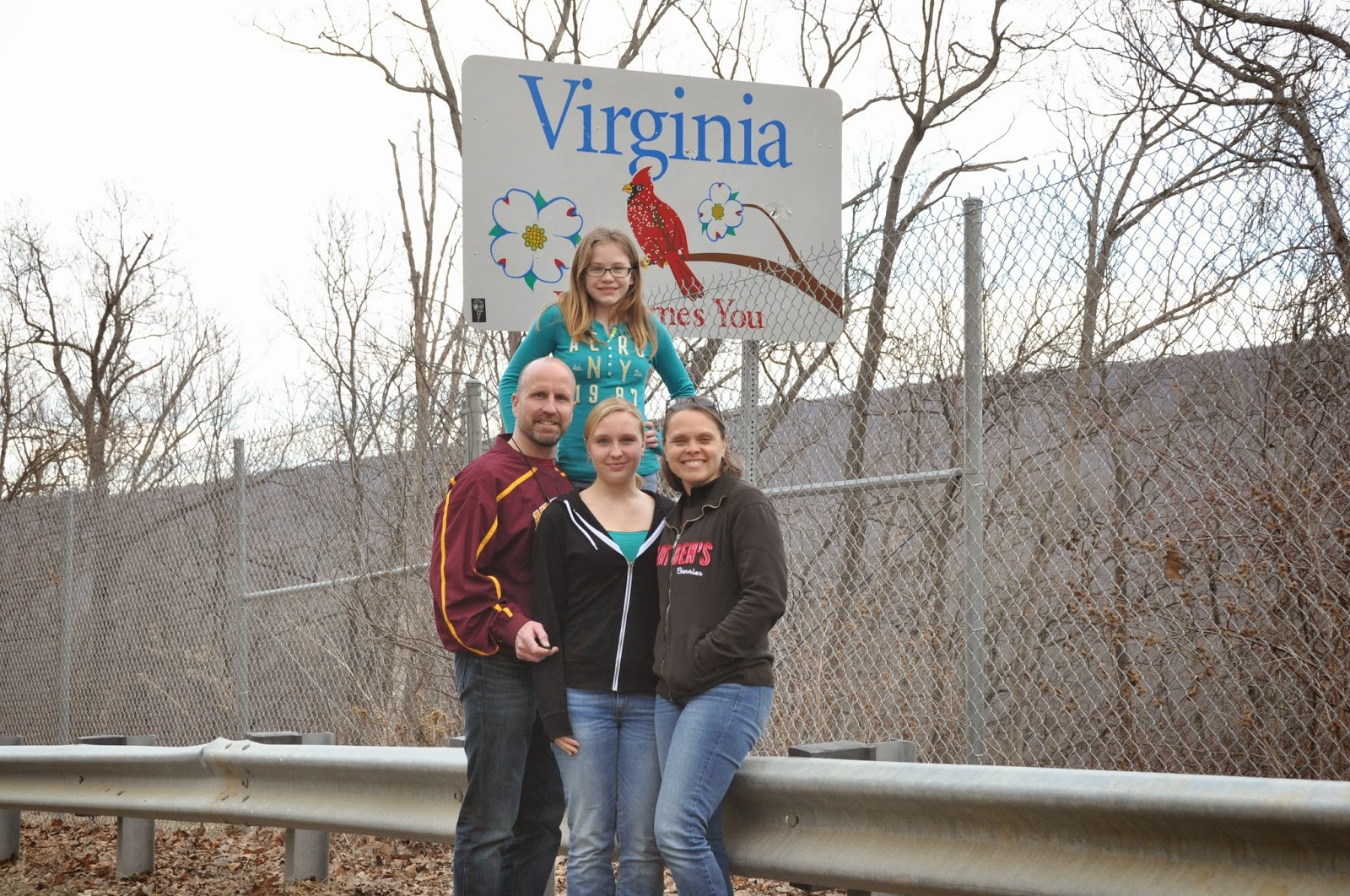 We ended the night driving into Washington D.C. around 8:30pm. We were in awe when we saw the Washington Monument all lite up. Beautiful. We are staying at the International House Hostel just a few blocks from all the happenings. We have stayed at Hostels before, in Europe many, many times, and with the girls once in San Diego. We consider them part of the ‘traveling experience’ we love to share with the girls. Tonight the three of us girls have a room by ourselves, and Scott is in a mixed dorm with five other beds. Tomorrow night, the three of us girls will share a room with another man, not Scott … such is the hostel life!

Here are a couple of photos to help you see how we travel. The first is of Paradis making sandwiches while in the McDonald’s parking lot. We try to eat at least two meals ‘in’ each day. The girls are in charge of making all the meals in the back of the van; they usually do it while we are driving down the road but we had to stop to get my 'fix' (AKA McDonald's Unsweetened tea with light ice). 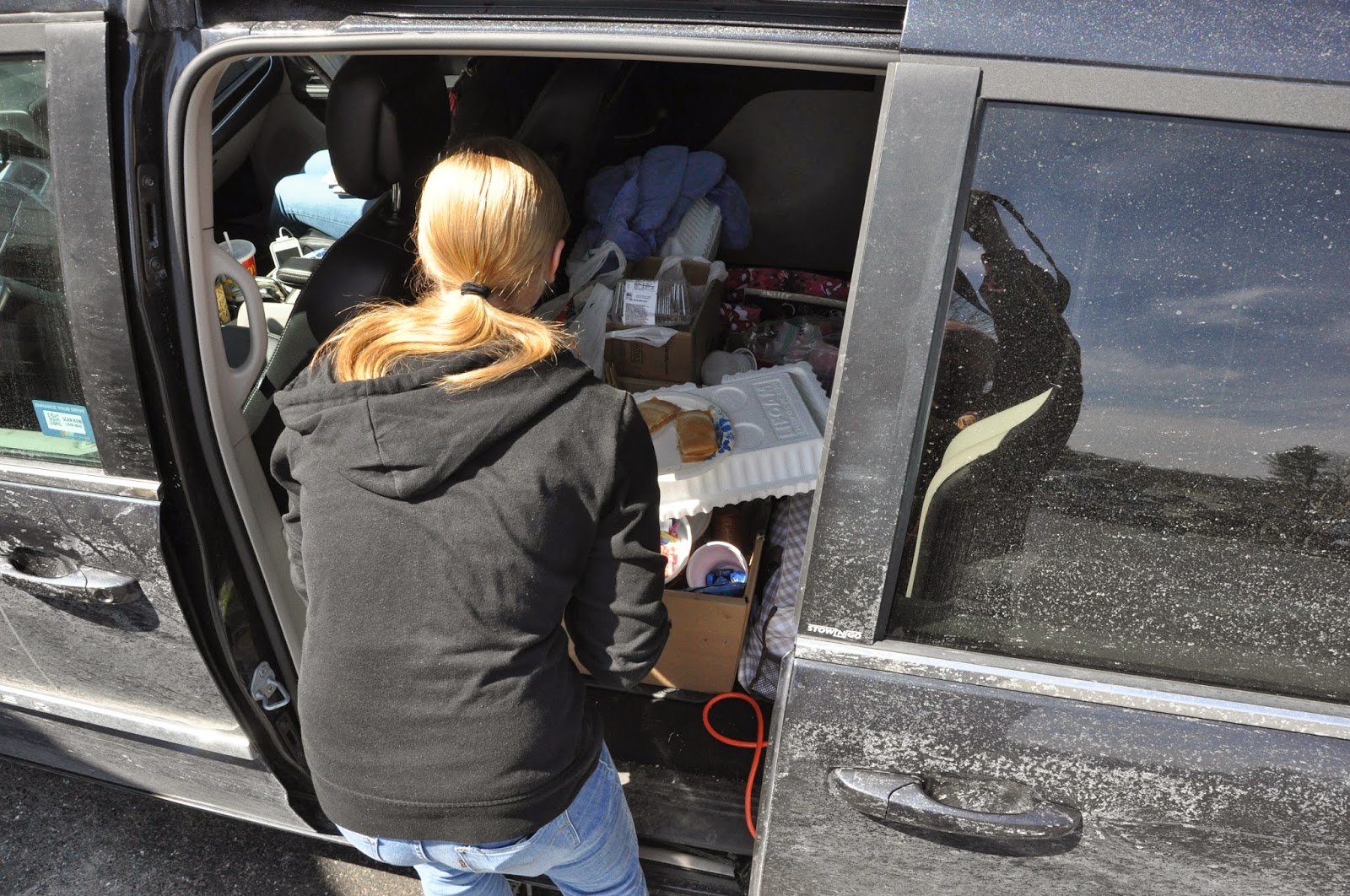 We tell the girls this next photo is what you get when traveling with ‘older’ parents. The girls absolutely hate the chain Scott keeps on his glasses, and I’m sure you can imagine how they feel about my ‘dual glasses’ set-up. But it works for both of us, and so we roll with it! 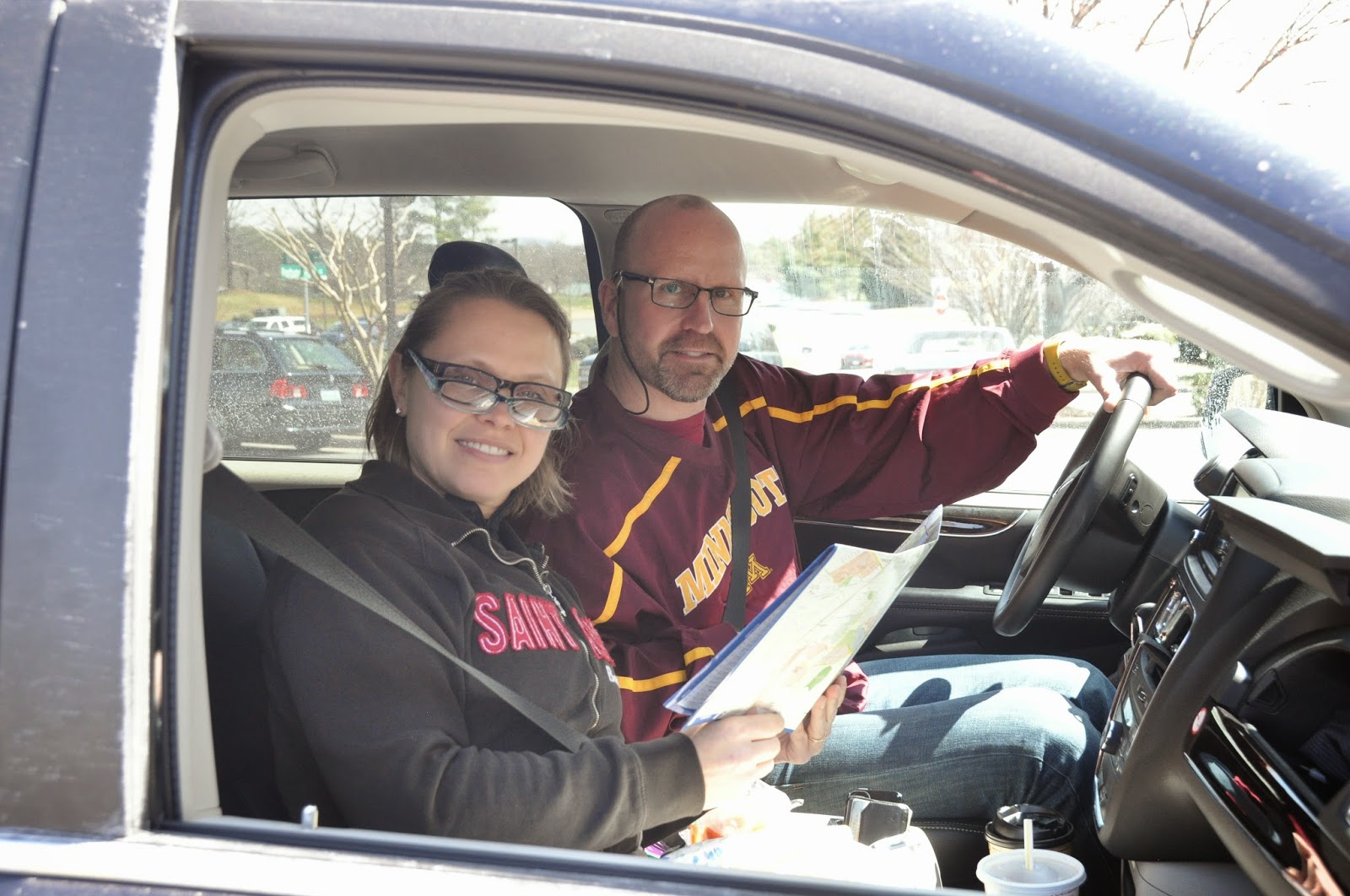 I’ll leave you with a photo I took before going to bed. This is the luggage we ‘collected’ from the van before returning it to Union Station (we will take public transportation or walk the next three days). It was another good day on the road. 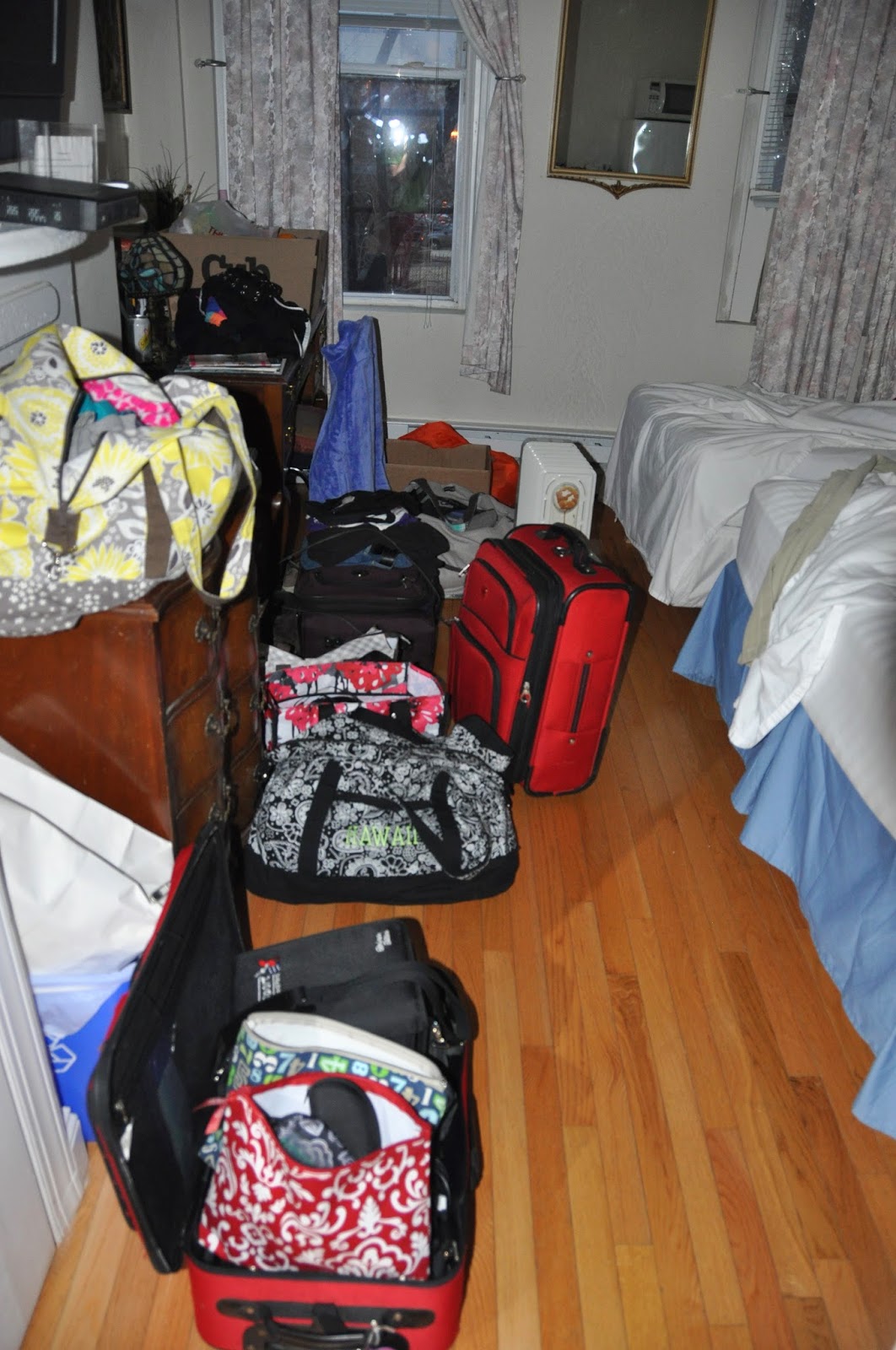 P.S. No stats tonight. I’m behind on the blog, and I need some rest!