Today was filled with history. We started out an hour from Philly, and parked at Independence Visitor Center. We secured tickets to an early tour of Independence Hall, and visited the Liberty Bell. I was surprised to see how close we got. I could have touched it if I wanted someone to yell at me. I didn't.

While waiting for our tour, the girls worked on their Junior Ranger badge. I say 'their' because Paradis does a lot of the work, Annelies says the oath.

The tour of Independence Hall was fabulous. Annelies is learning about this in school right now, so she was fascinated with the information. When Scott and I said, "I learned a lot today." She proudly said, "I didn't. I knew it all." 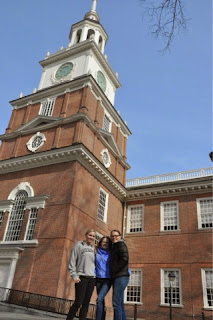 We walked a couple blocks to Carpenter's Hall, where 12 of the 13 colonies originally met to discuss breaking away from England. This building is still owned by the Carpenter's Guild, and therefore not as famous as 'Independence Hall'. 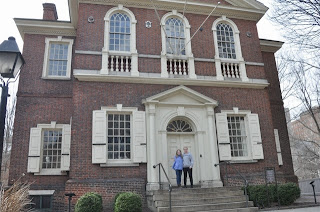 We walked to the home that is believed to be where Betsy Ross sewed the first American Flag.  Sewing the flag had to be kept secret, because anyone found betraying England would be hung. We got to meet Betsy herself ... 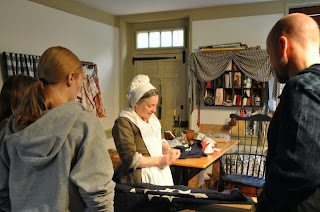 We went on a tour of the Philadelphia Mint. Couldn't take pictures inside. Ugh. 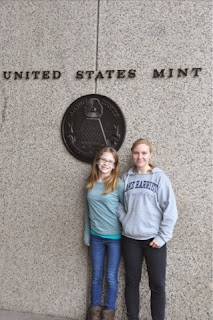 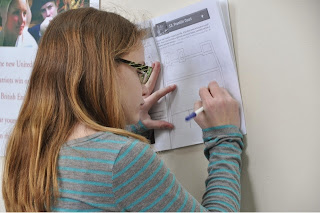 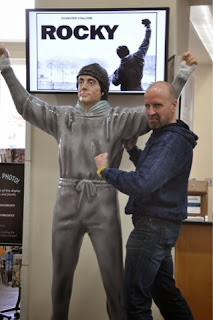 Paradis wanted to see Love Park, in downtown Philly. We missed a turn and had to pay a $5 toll to get back to the city again. We don't have tolls in Minnesota. I've always supported the "Use it-Pay It" philosophy, but after paying over $27 in tolls today I'm rethinking my opinion! 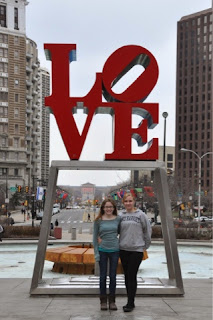 Per the suggestion of Sue Gann, we went to Geno's and bought a Philly Cheesesteak. Although we were freezing by this point, and there was no inside seating, it was a good sandwich! Our picky eater (Annelies) ate the fries. 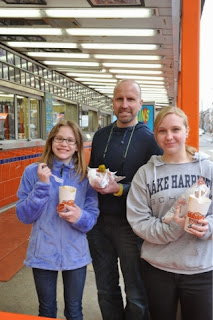 We left Philly, and drove into our 37th state, New Jersey. The border is on top of a river, and Scott refused to pull over on the highway without a shoulder. 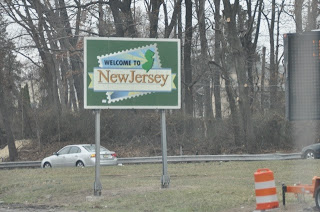 We drove to Atlantic City to check out the sites. We were planning to stay in Atlantic City for the night, but decided to drive all the way to Cape May in preparation for the ferry to Delaware tomorrow morning. It worked out well, since we drove in a snow storm, and it was nice to get the weather behind us! We just can't escape the snow. 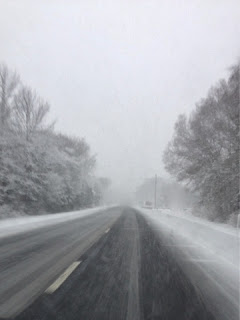 We ended the night in Cape May, at Congress Hall. An absolutely beautiful hotel on the coast. I got a killer rate, since this place is dead in the winter. Paradis wants to come here on her honeymoon; I'll be joining her (hope her husband doesn't mind)!