Scott was up early, in order to get in line for Bureau of Engraving tickets. The girls and I didn't sleep in either, and we were on the train by 8:30am. The girls instantly took to the train system; I just love those two! For the rest of the day Paradis took over all map duties, while the two of them lead Scott and I around the city via the train all day. 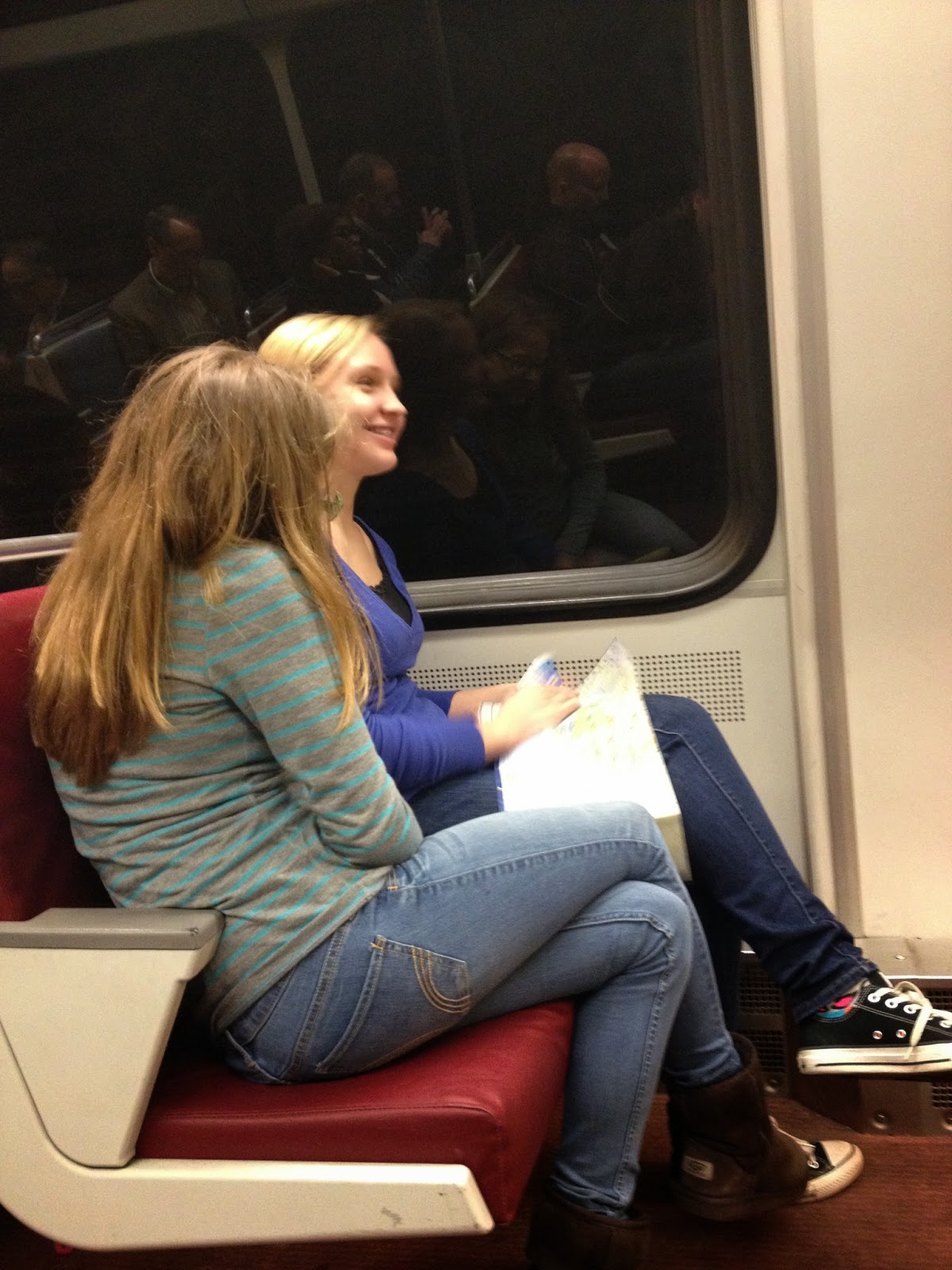 We started out with a tour of the Bureau of Engraving. Cool. Super cool.

From there we took the train to the Library of Congress, walked through quickly, and then went on a tour of the Supreme Court. Cool, once again.

We walked across the street to the Capital. We didn't go on the tour, but enjoyed what we could, along with the gift shop! This was a day filled with pins for the collections!

We rode the train to the Pentagon, where we saw the 9/11 Memorial. It was very nicely done, and the audio tour via our cell phones rocked!

Back on the train to Arlington Cemetery, where we saw the changing of the guards, and JFK's tomb.

At this point it was 5:15pm, and we were all getting a little famished, and simply tired. We were losing Annelies quickly ...

So we rode the train to the National Mall area and had dinner at Ollie's. Pretty good hamburgers and fries. As we were eating our meal, a bunch of the employees starting having a 'meeting' at the table next to us. It got a little heated at times (discussing how many hamburgers to have on the grill at one time during the lunch hour rush), and actually kept us entertained! The owner came over and offered us a couple free desserts for the inconvenience of our dinner conversation! We took him up on it, and enjoyed the yummy chocolate and carrot cake! Yum, yum. 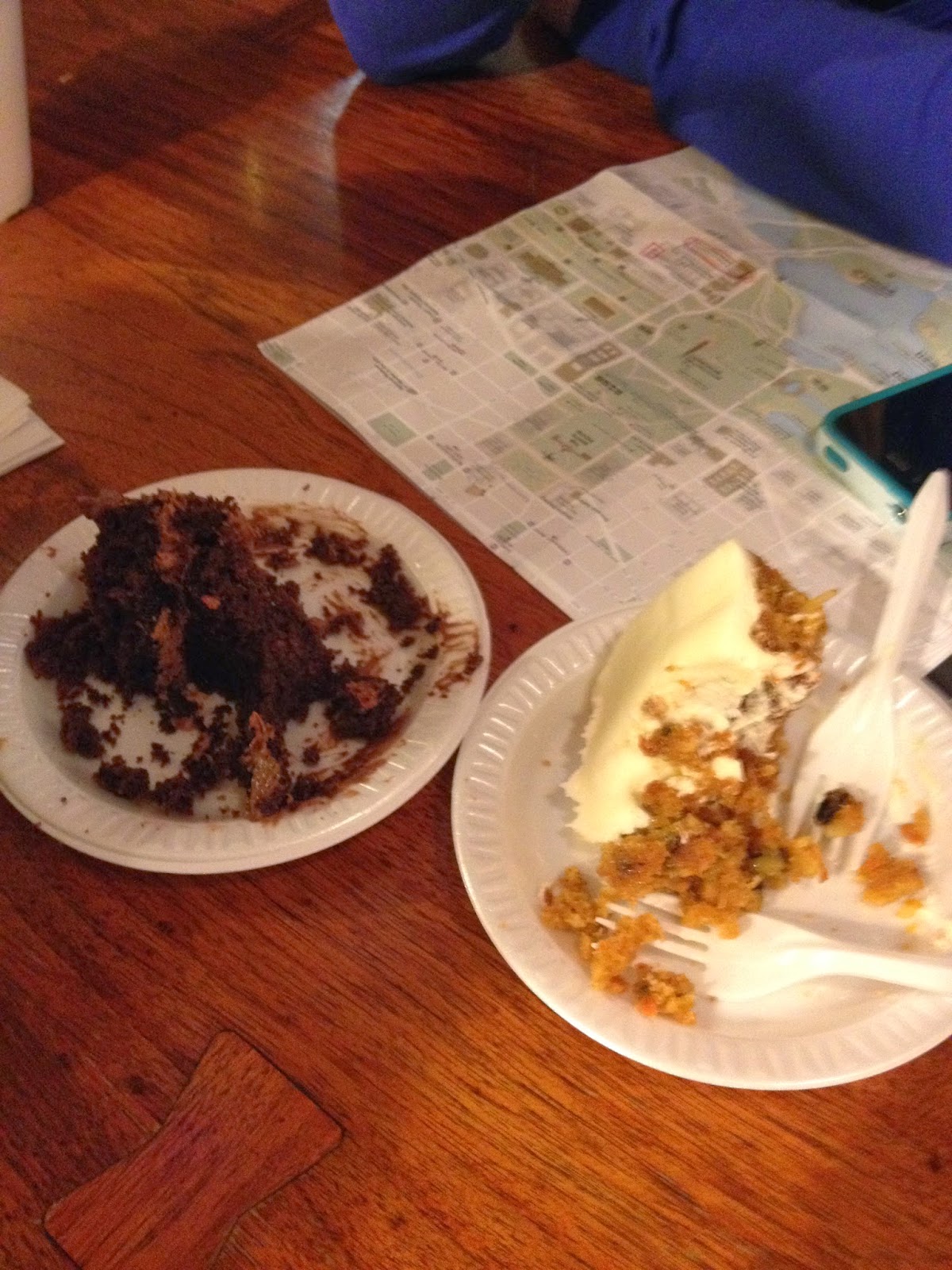 By the way, after we left the restaurant Annelies started giving solutions to each and every problem the staff discussed. Paradis chimed in with solutions of her own. Sometimes I think these two are beyond their years!

Annelies had been wearing her Uggs all day, insisting these were the most comfortable shoes she owned. Needless to say, we made a stop at Payless for a pair of tennis shoes that will hopefully work a little better tomorrow! I'm not sure if it was the great burgers, yummy (free) desserts, the new shoes, or simply the fact the two of them were beyond tired, but as we ran (literally at times) to the WWII Memorial, at 7:00pm, to catch a Ranger talk, we found the girls holding hands and chatting non-stop ... it was a lovely site. 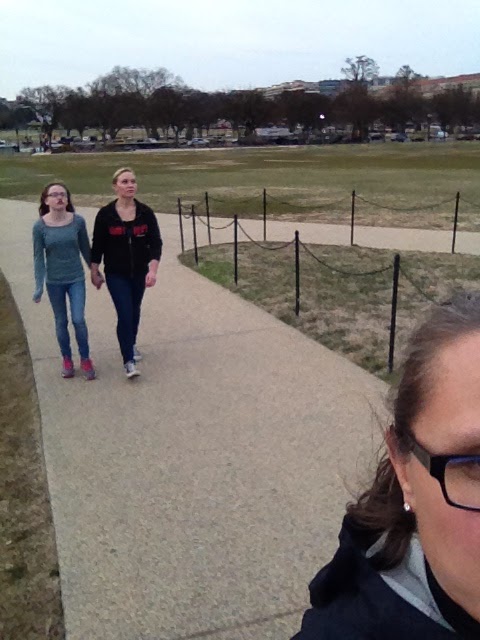 We were able to catch the Ranger 30 minutes into his talk, but after 30 minutes we knew we needed to end the night. Our feet were sore, and we were tired. So the girls lead us back to our Hostel via the train. Annelies and Scott folded dollar bills into rings, which they learned from a YouTube video (and she got the idea from the Bureau's Gift Shop).