Today we drove through Michigan into Ohio. We stopped in Dearborn, just outside Detroit, at the Ford Rouge Factory. This is apparantly the only automotive plant tour in the United States. I'll tell you, Ford has made tourism part of their income stream. They have a large museum, plant tour, several gift shops, and an IMAX theatre.

We just did the Plant Tour. It was really cool. We walked on 'cat walks' above the actual plant where they assemble Ford F150 trucks. It was amazing. I've always been intriqued with factories; as a little girl I was engrossed with the factories that Mr. Rogers would visit on his show. I should have went into engineering like my dad. Oh well ...

Note: No pictures were allowed. The girls collected a couple Pressed Pennies for our collection. Paradis and Scott are going to get one of these trucks when we get home ... not! 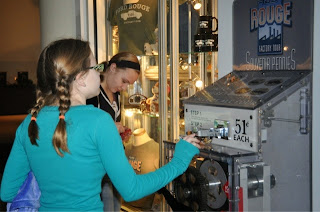 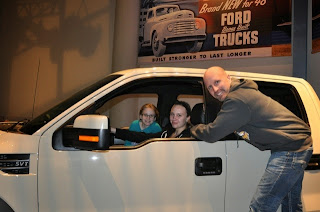 After leaving Detroit, we feverishly searched for a Chipotle (times like this I wish Subway was our favorite fast food joint, as they are everywhere - Chipotle isn't) and found one in Toledo. On our way we crossed into Ohio. This photo is a little far away from the actual sign, but we were standing alongside a four-lane freeway with a speed limit of 70mph. Don't judge us please. 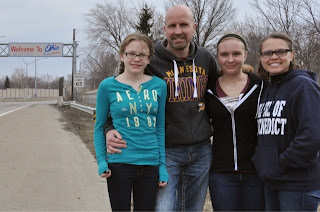 We ended the day in Akron, Ohio at another Holiday Inn Express. It was a good day. Note the 0 fights, and 0 injuries. We are Drivin' the Dream! 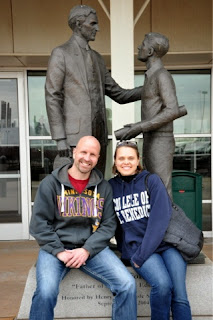