We returned from Cancun almost a week ago and I'm just getting to this final post. It was a fun trip.

Day two was Christmas Eve and as I said we had our photo taken with Santa. It felt weird being in our swimsuits around all the Christmas activity but it was great! The staff were awesome at our resort and they went out of their way to make Christmas special for those that celebrated. We ended the evening at the bar but settled in early due to our wake-up call. 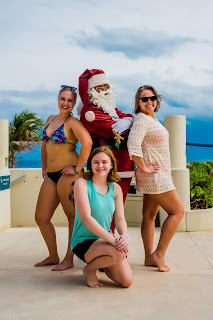 I've been to Mexico several times (I can quickly recall nine) but have never been to Chichen Itza. This was the trip. We boarded a bus at 7:15am, so it was an early morning. Our first stop was Ik'kil, a resort with a beautiful sink hole. After a cold shower we walked the easy hike down. The girls quickly descended the ladder and jumped in the frigid waters. They swam for a bit but after a few minutes of treading water Annelies was done. Paradis jumped from the ledge while Annelies waited for her pulse to return to normal. It was beautiful down there. 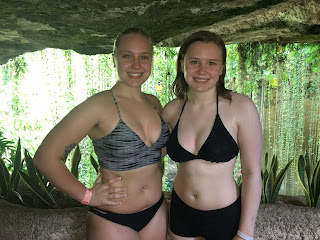 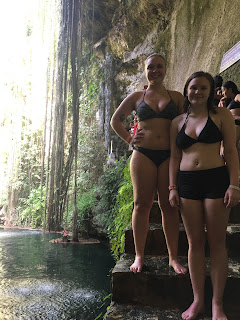 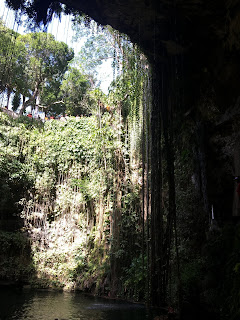 Our next stop was Chichen Itza. History fascinates me. A few things to contemplate:

It was hot. I mean super hot. Our tour guide was super interesting but one can only look at a stone pyramid so long (I could have used more information in an air conditioned building). 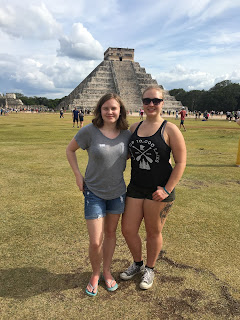 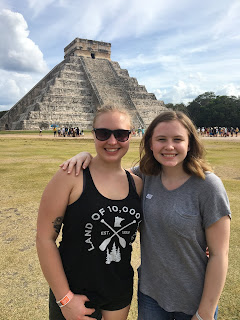 After walking around a bit we got back on the bus and fell asleep for the three hour return. We ended our third day at the lobby bar. 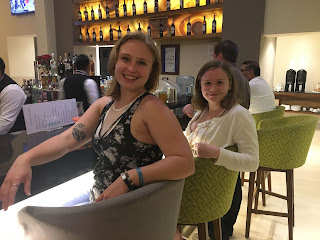 Day four I woke before the girls and went to the beach for some time alone. In the afternoon we took the bus to do some shopping. 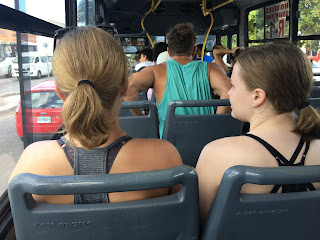 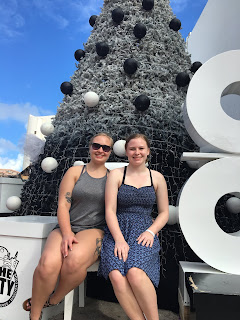 When we returned we stopped at the lobby bar for a drink. Paradis went out to dinner with friends while Annelies and I ate at the Mexican restaurant on site. Annelies absolutely devoured her meal - which is a bit unusual. It was so good she asked me to take a photo of the menu - she had the Poc-Chuc, a traditional Mayan meal. 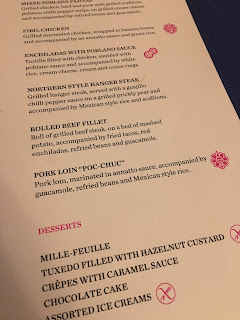 Our final day in Cancun was uneventful as we packed and hung out on the beach until our taxi came. It was a great trip and nice to get some time with both girls. 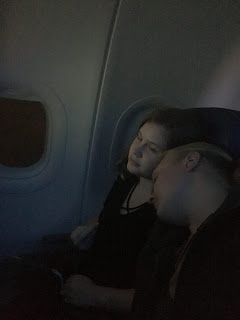 I end this trip with 54,996 views and even more travel adventures in my brain. See you soon! Rae Ann