Our first day in Buenos Aires was spent exploring the city. We started at Floralis Generica, a sculpture that opens and closes it’s petals. Next we made our way into the center of the city and stopped at El Ateneo Grand Splendid, a beautiful bookstore in an old theatre. 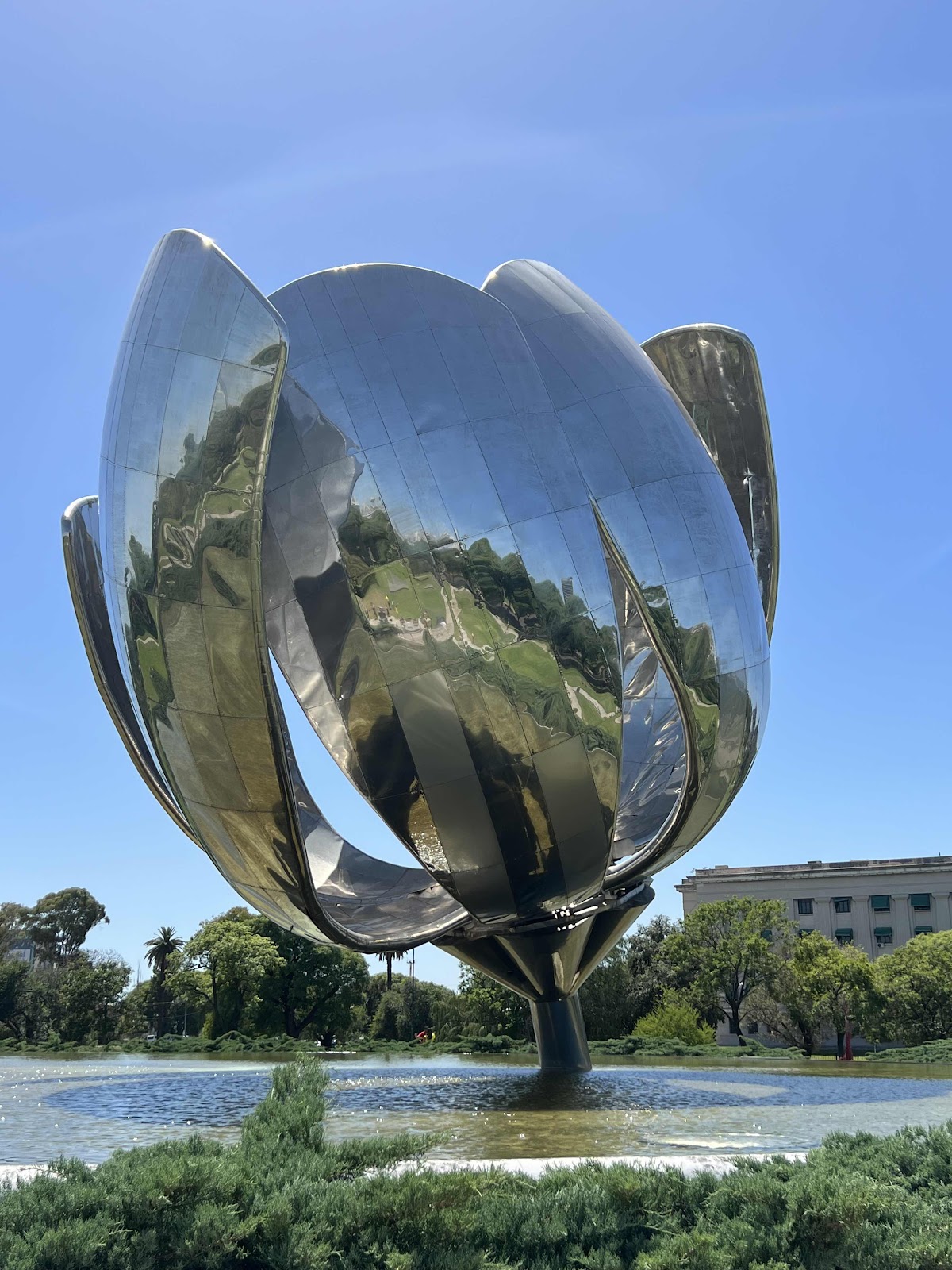 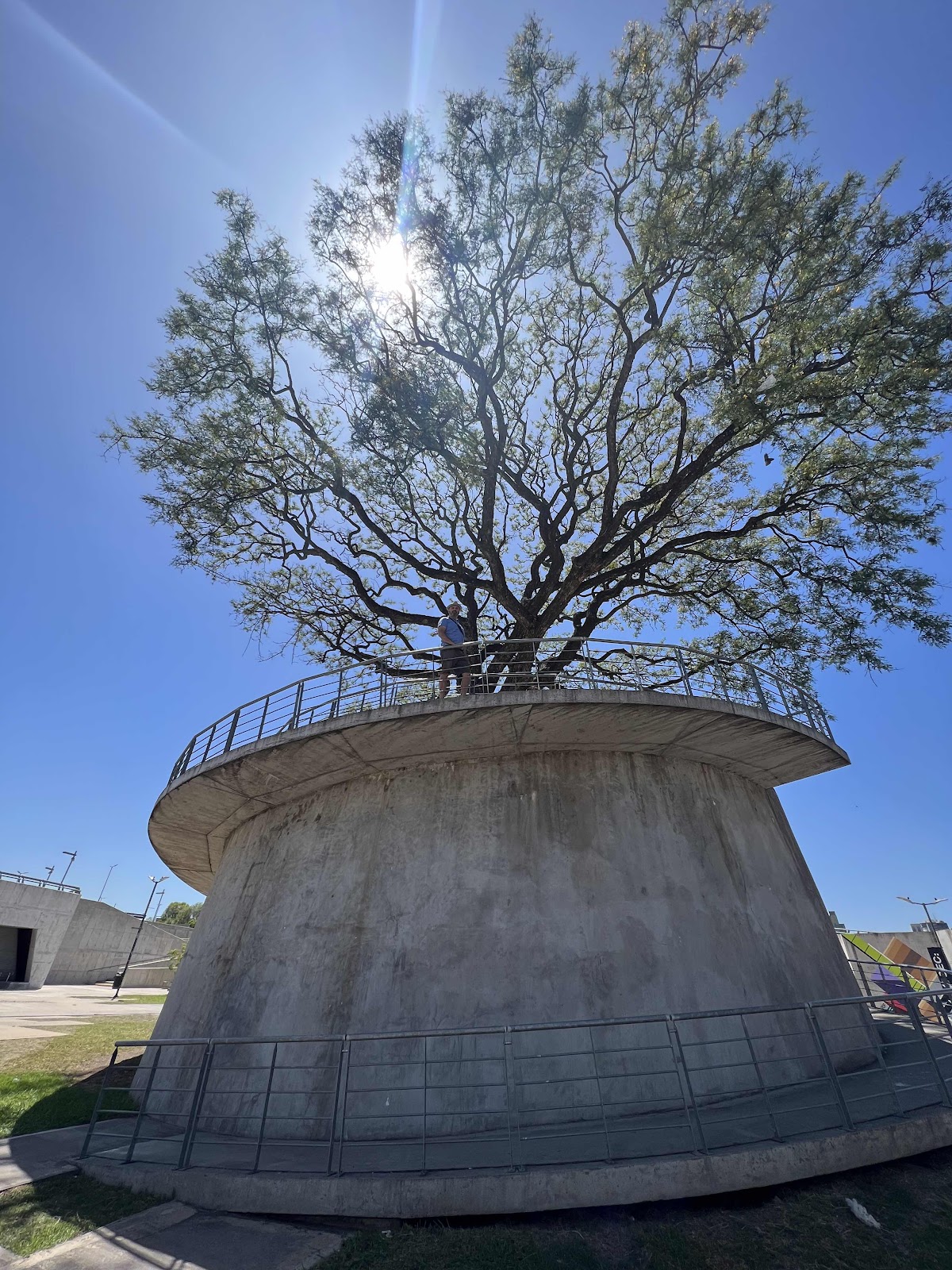 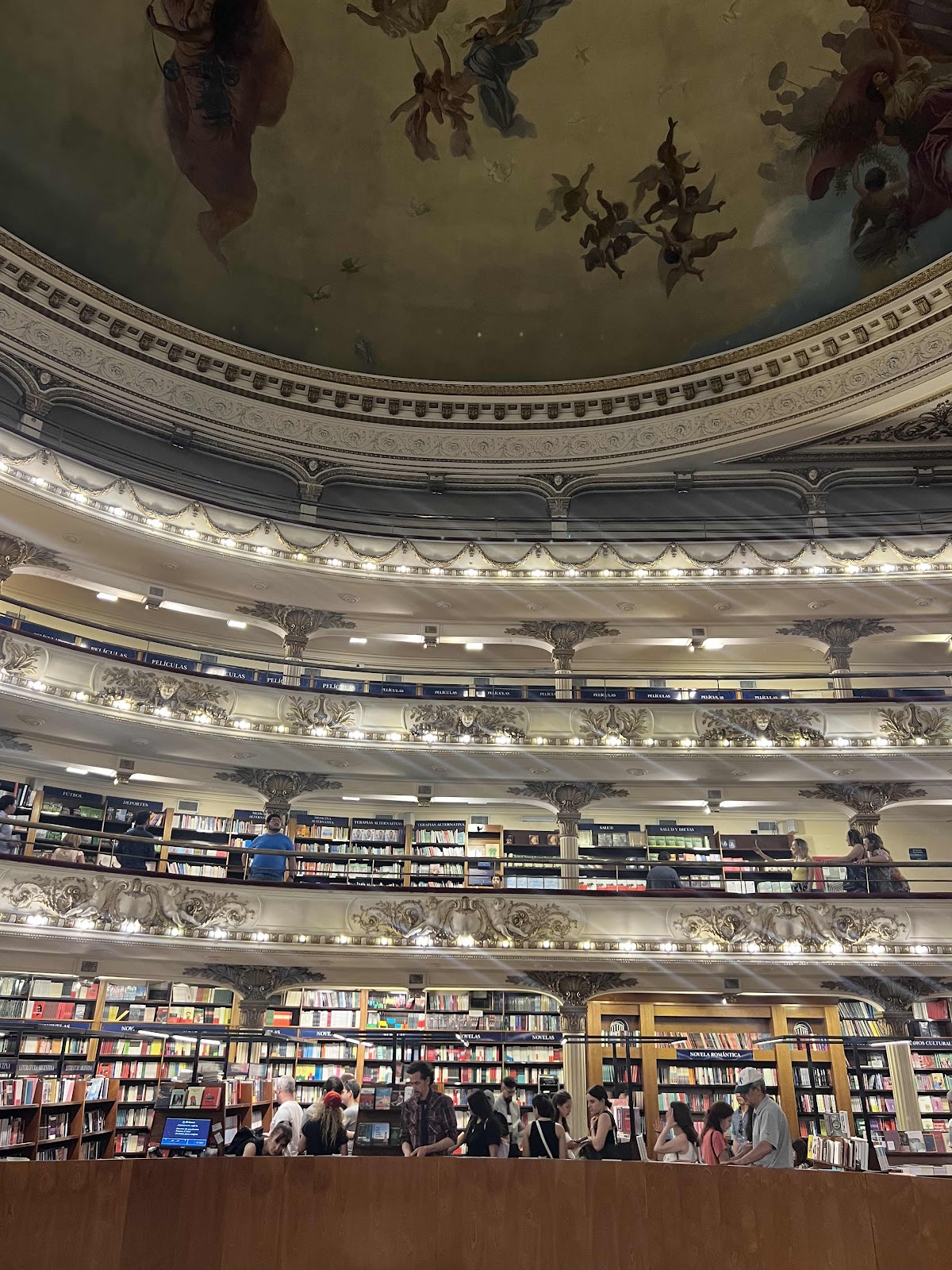 I love Buenos Aires! The city is very clean, the people are friendly, they have beautiful park spaces, and it is the most safe city I have visited on my trip. The Italians, and some French, have influence on their architecture. It is really beautiful. 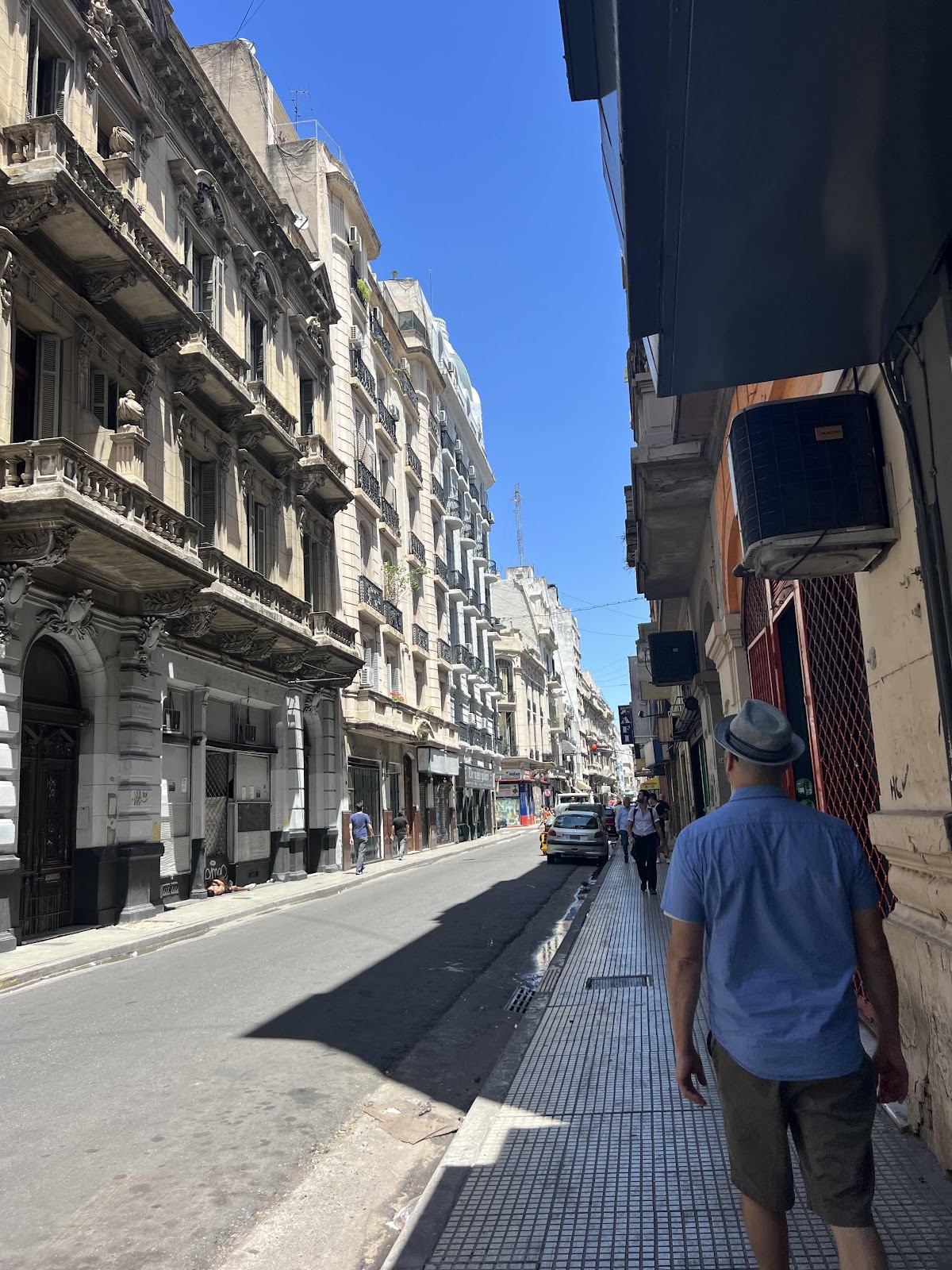 We went on a historical walking tour in the afternoon. After a previous attempt the Spaniards captured Argentina in 1580 and Buenos Aires became the capital in 1770. They got independence in 1816 and before that time there was lots of immigration so the city is very diverse.
The Spaniards wanted the capital to be very much like Europe so the buildings have that influence. The last dictatorship ended in 1983 and this is now the longest without one. But Argentina has drama when it comes to politics. 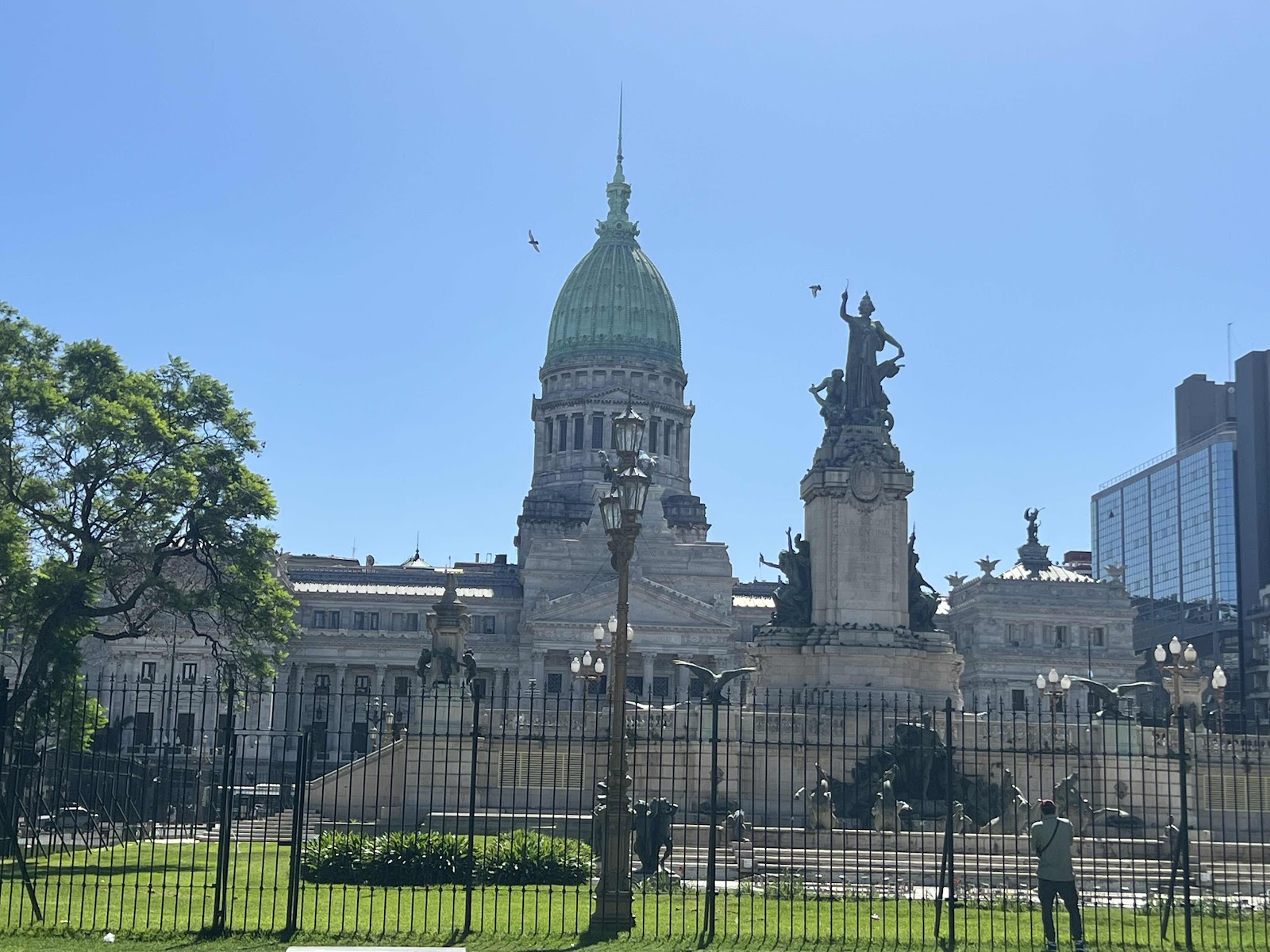 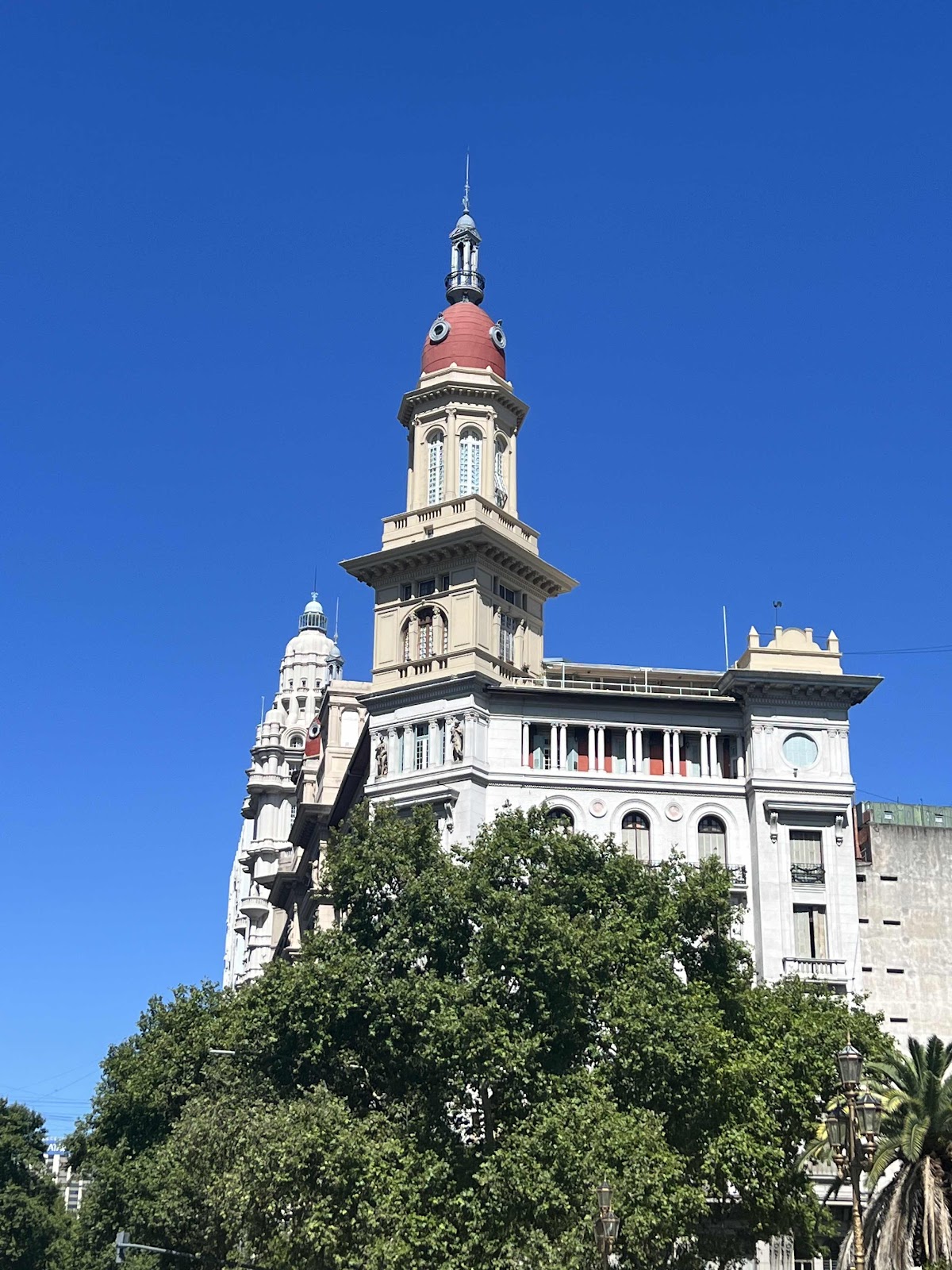 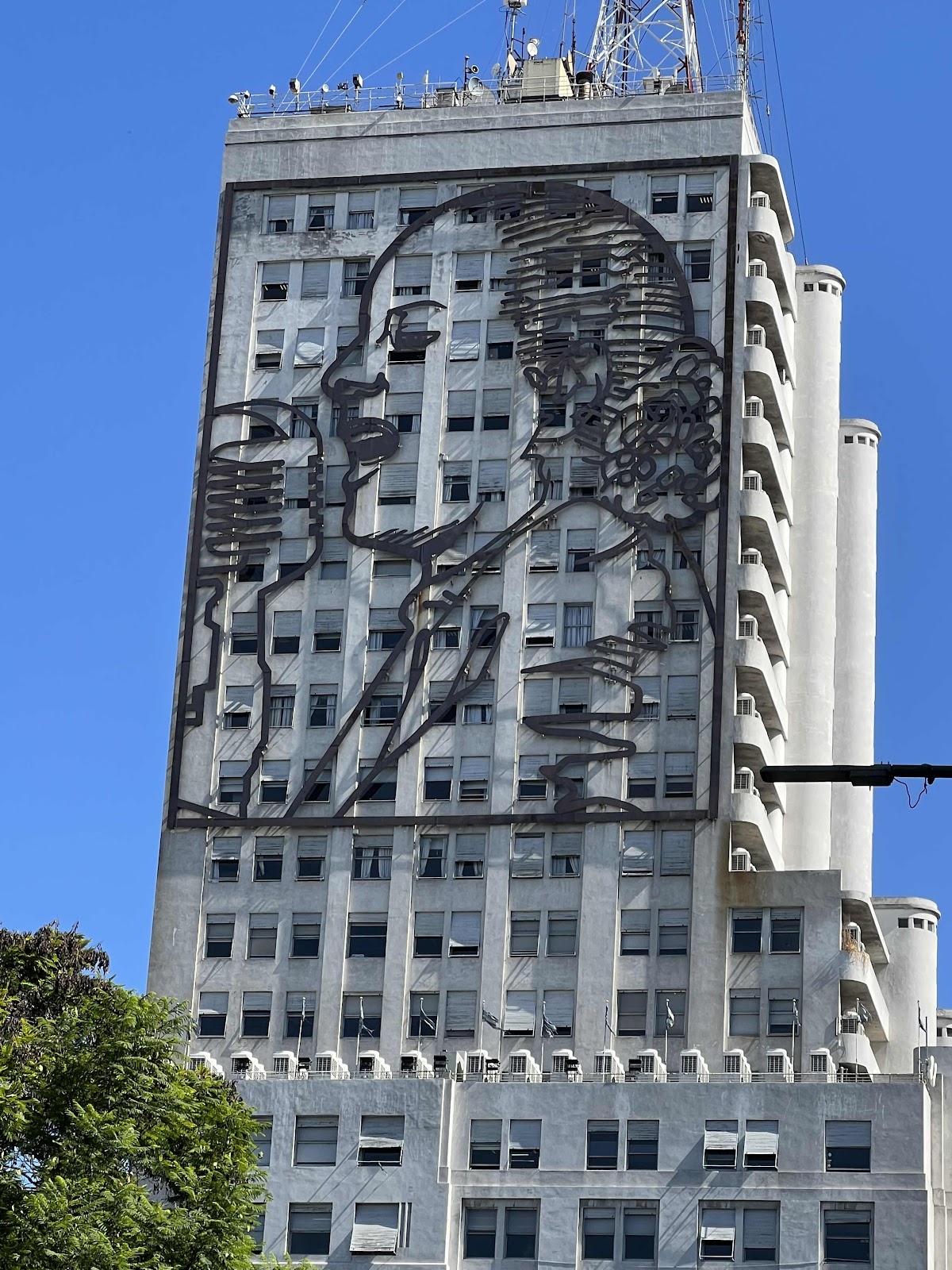 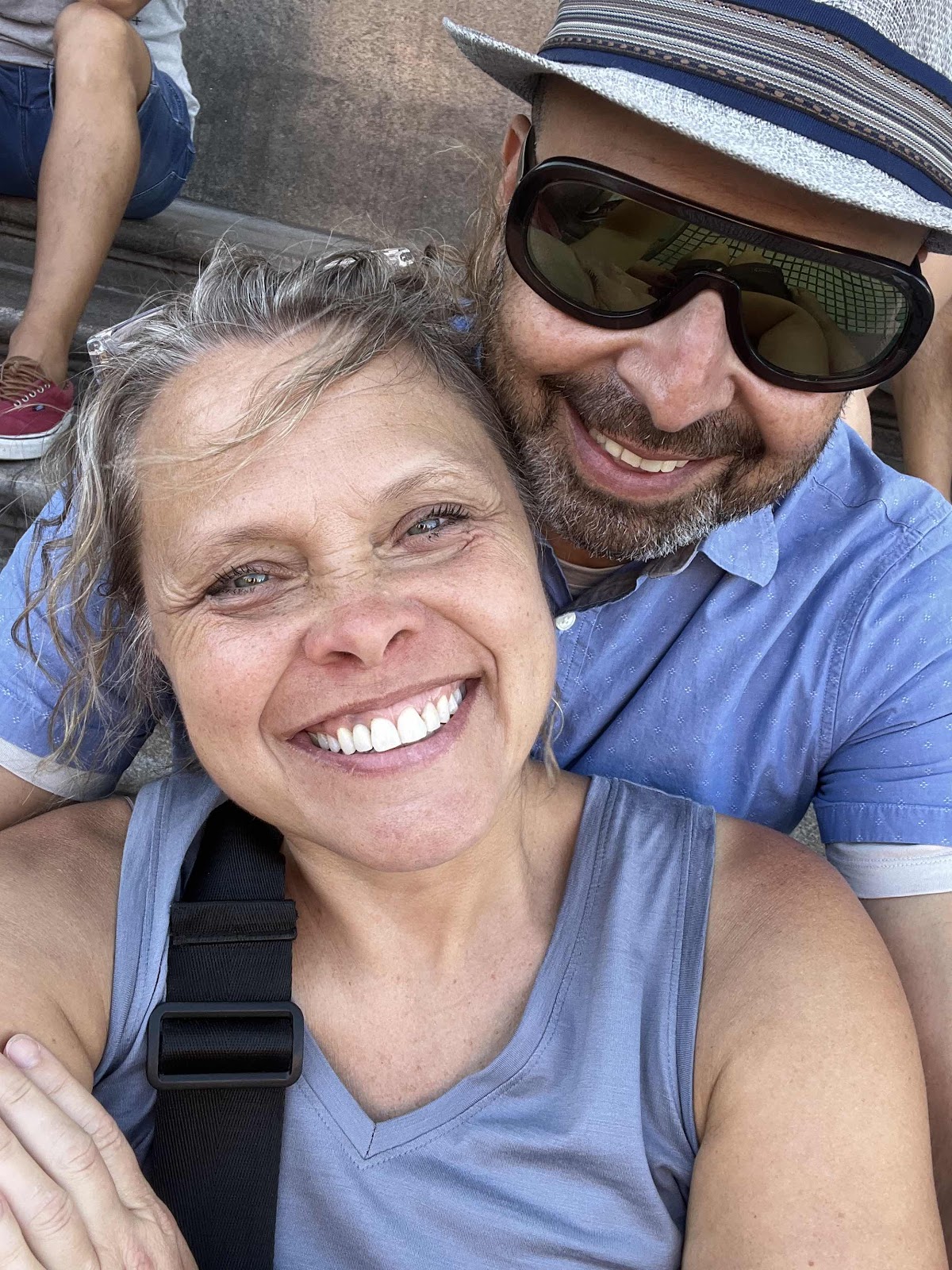 Argentina has nearly a 100% inflation rate every year. Every year. One year it was 3,000%. Since they have such high inflation they like to keep their savings in American dollars as it maintains value. In every country there is an exchange rate but in Argentina there are many different rates. There is a legal rate (~ 150), a Blue Dollar rate (~ 350), and a new tourist rate (~ 311). If we buy a 1,000 peso item at the legal rate it would cost $5.59. Since Argentinians love American Dollars we can exchange them (illegally) for pesos and that same 1,000 peso would cost $2.85. Nearly half! So although I usually put everything on my credit card we came here with cash. This is crazy enough but their largest note is $3 so you can imagine how many notes you need to pay a $360 hotel bill! Money counters are very common.
December 18, 2021 the government rolled out a new tourist rate, nearly the illegal blue rate, that can be used for credit cards for those out of the country. We did not trust it but have tried it a couple times for small purchases and it seems to be working. But we heard from others it is not working for all transactions.
So cash is king in Argentina to save nearly half! Crazy.
Henry and I spent hours discussing their financial situation. But I will say, Argentinians are happy. Without going into politics much, the government does take care of its people.
After the tour we showered and walked a couple blocks to a neighborhood home where we enjoyed an asado (booked through Airbnb). Argentinians love their meat and asado means BBQ. The rooftop was magical and the food was unbelievable! Our hosts explained all the meats and Henry spent lots of time at the grill learning how to cook over wood. 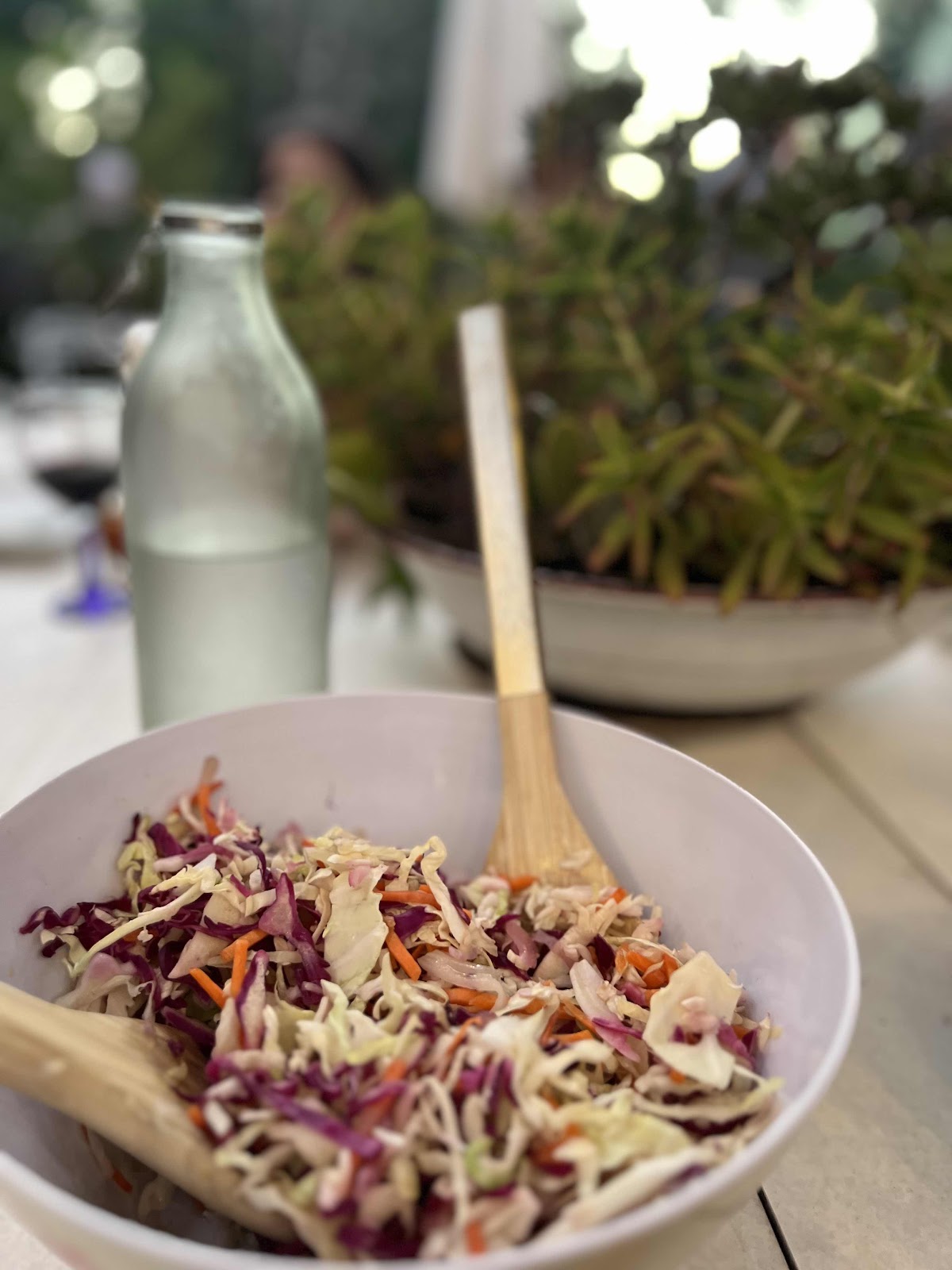 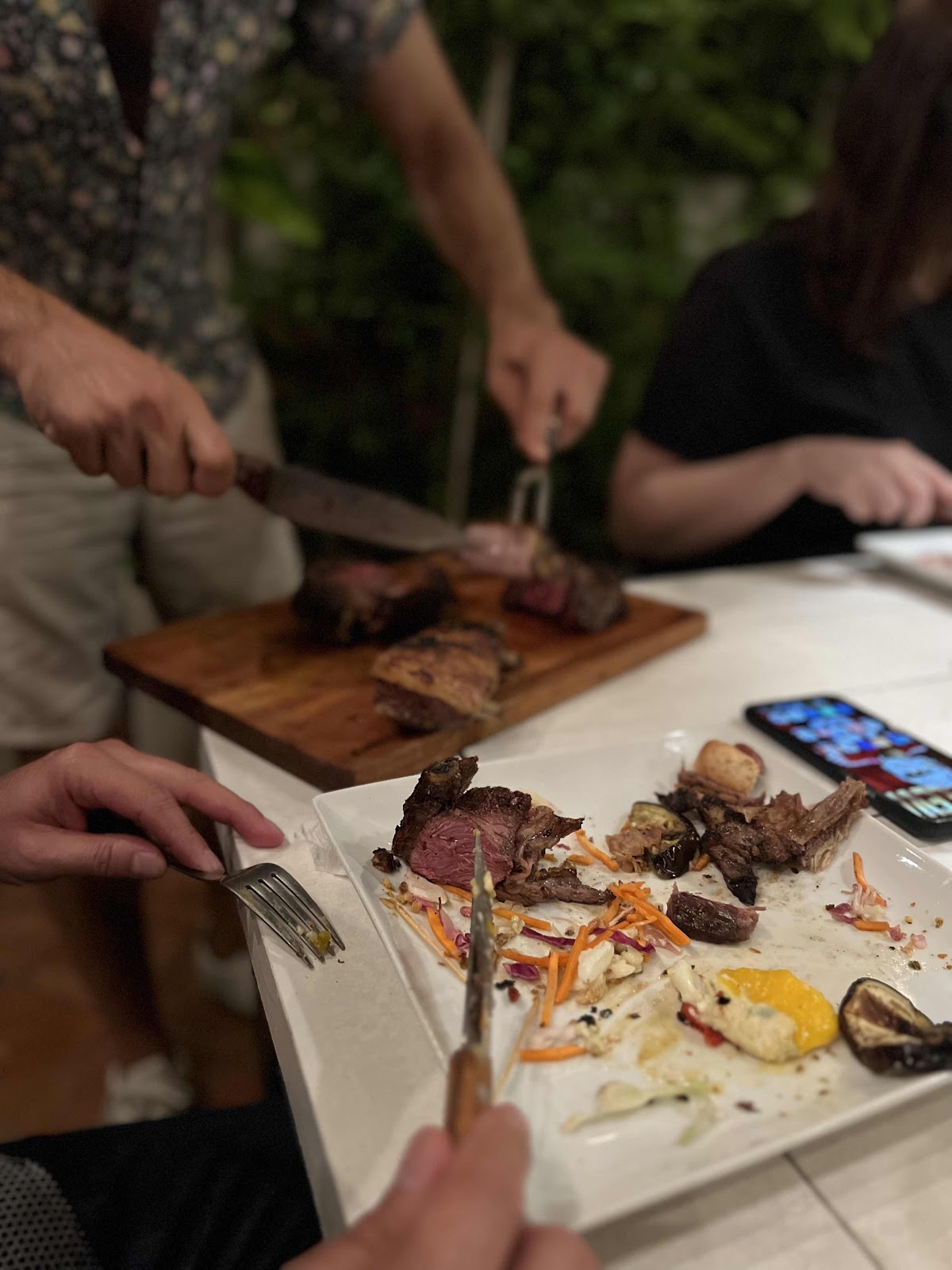 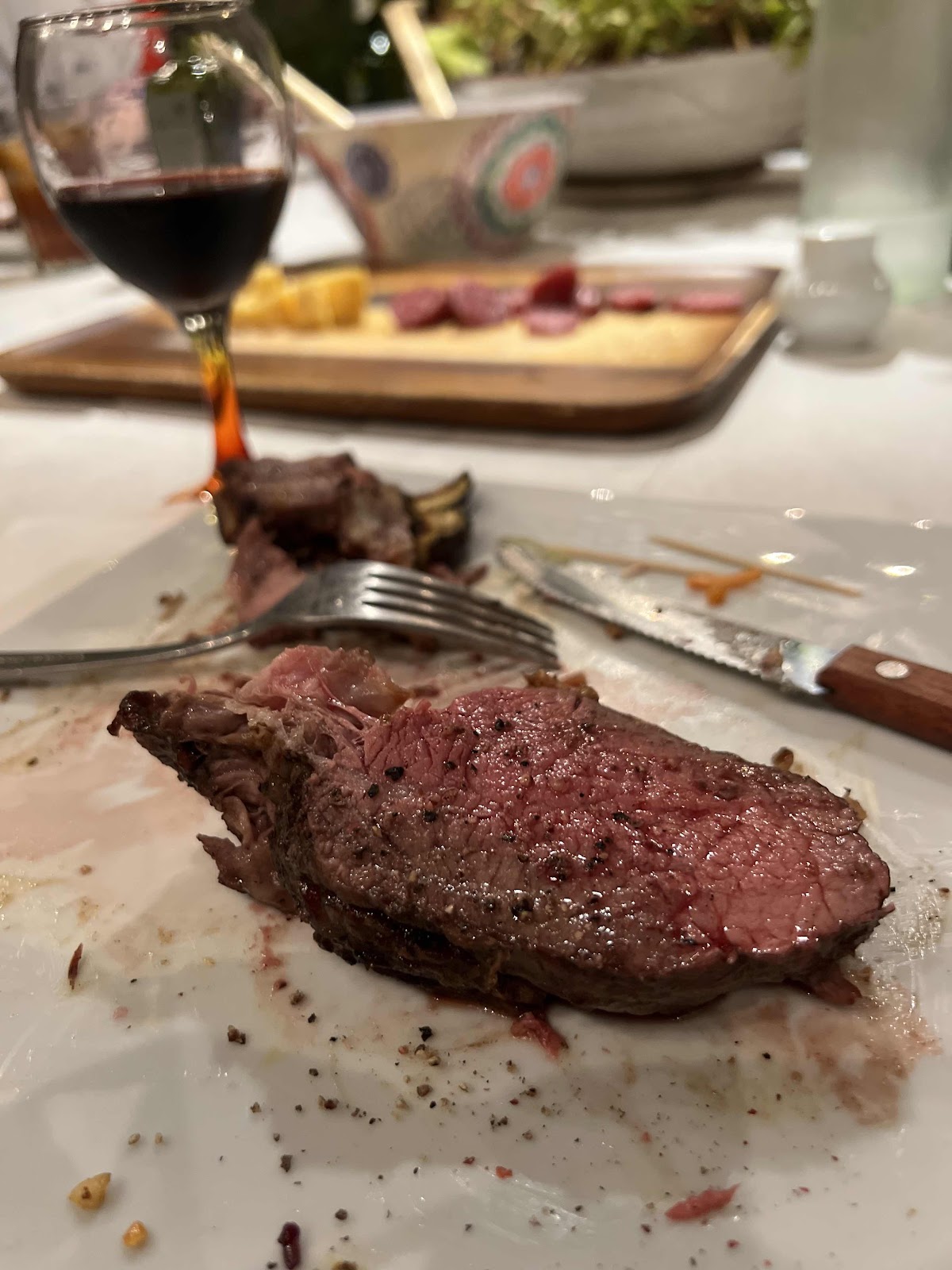 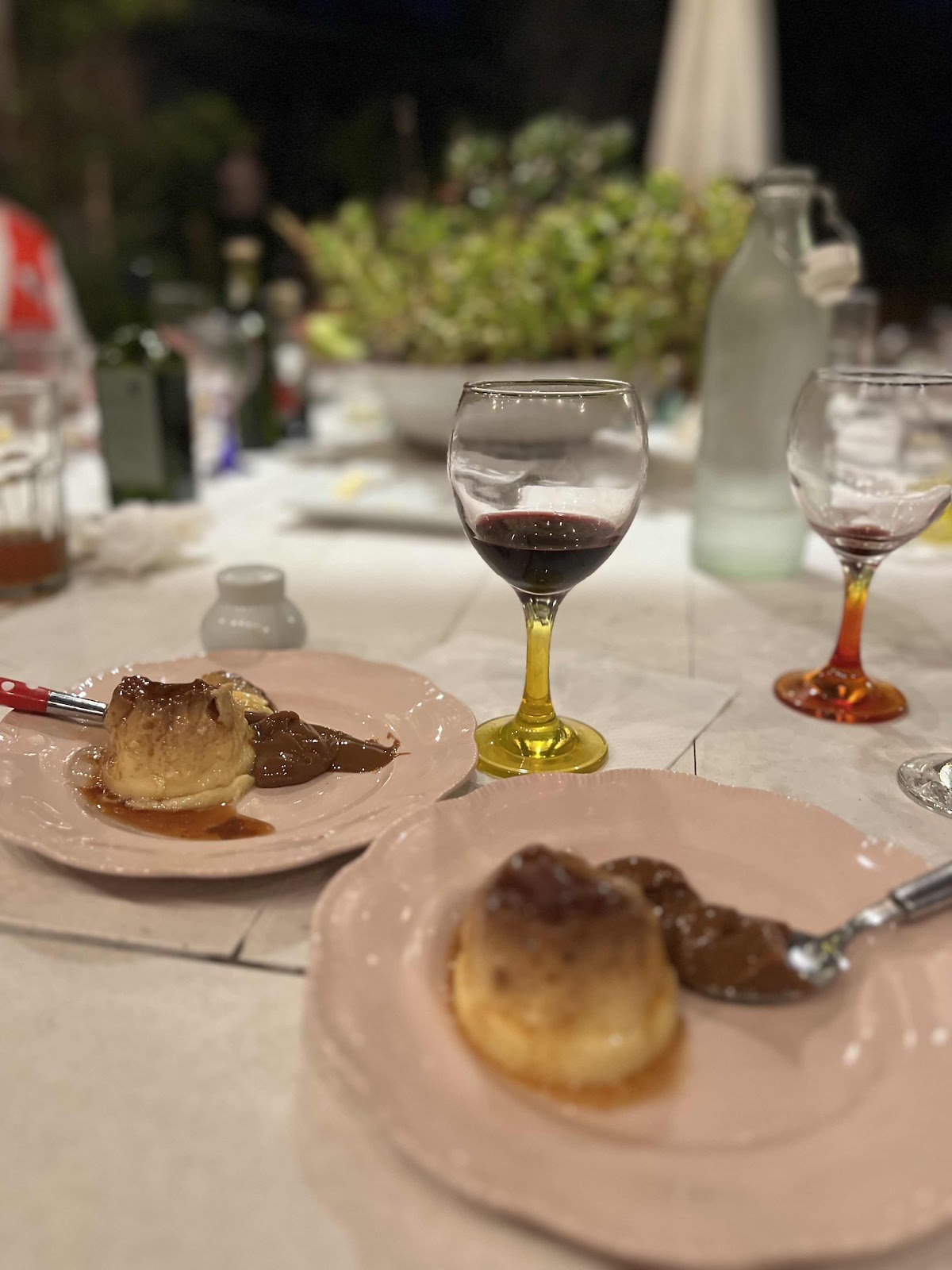 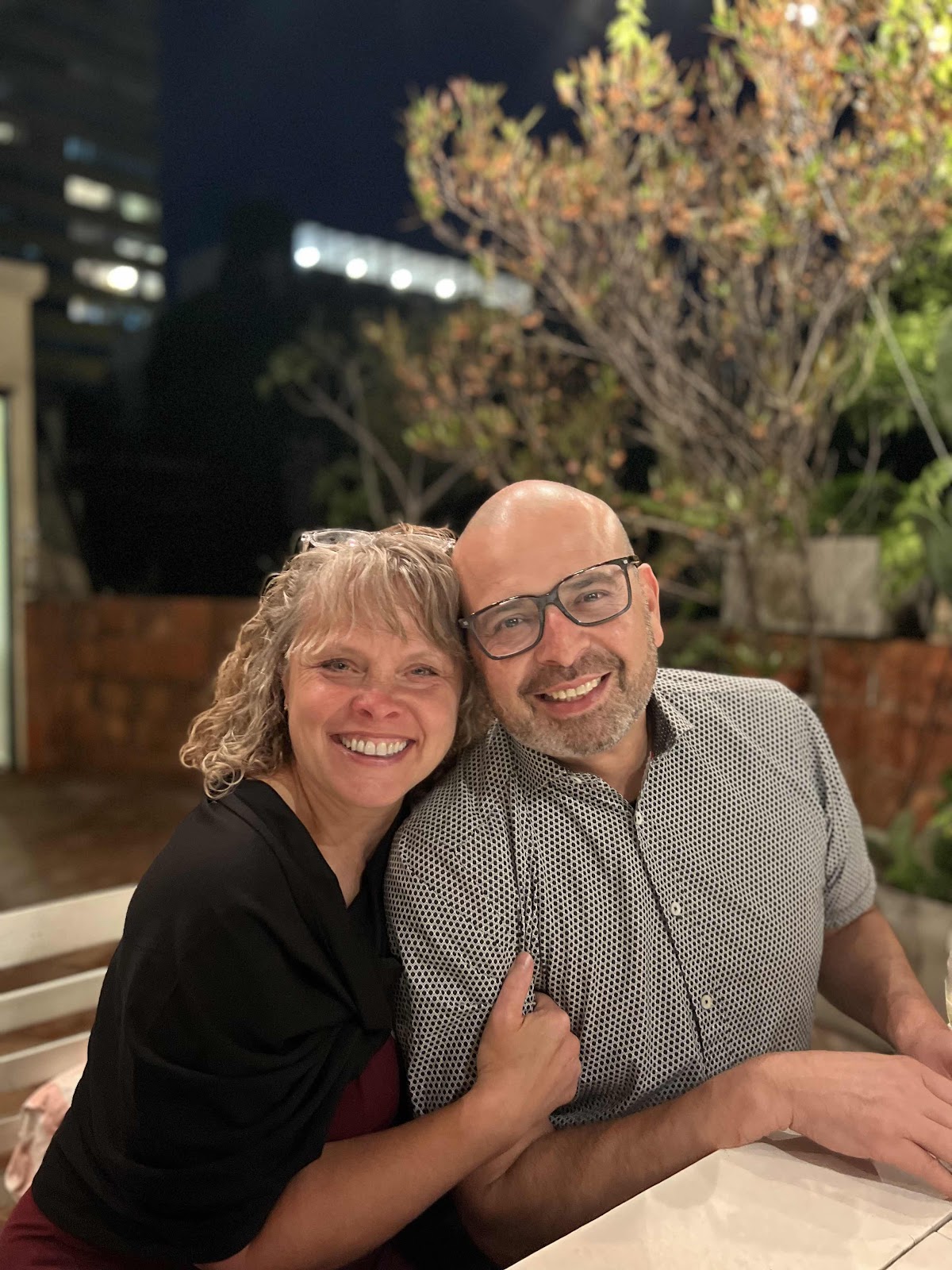