This morning I was picked up by a driver to go on a tour that took us north of Bogota. When he arrived a woman I had met the day prior was in the car! It was a wonderful day driving through the countryside of Colombia with my new friends.
We drove north to Zipaquira (city of salt) and along the way saw many cattle farms and hillsides. It was another beautiful day. 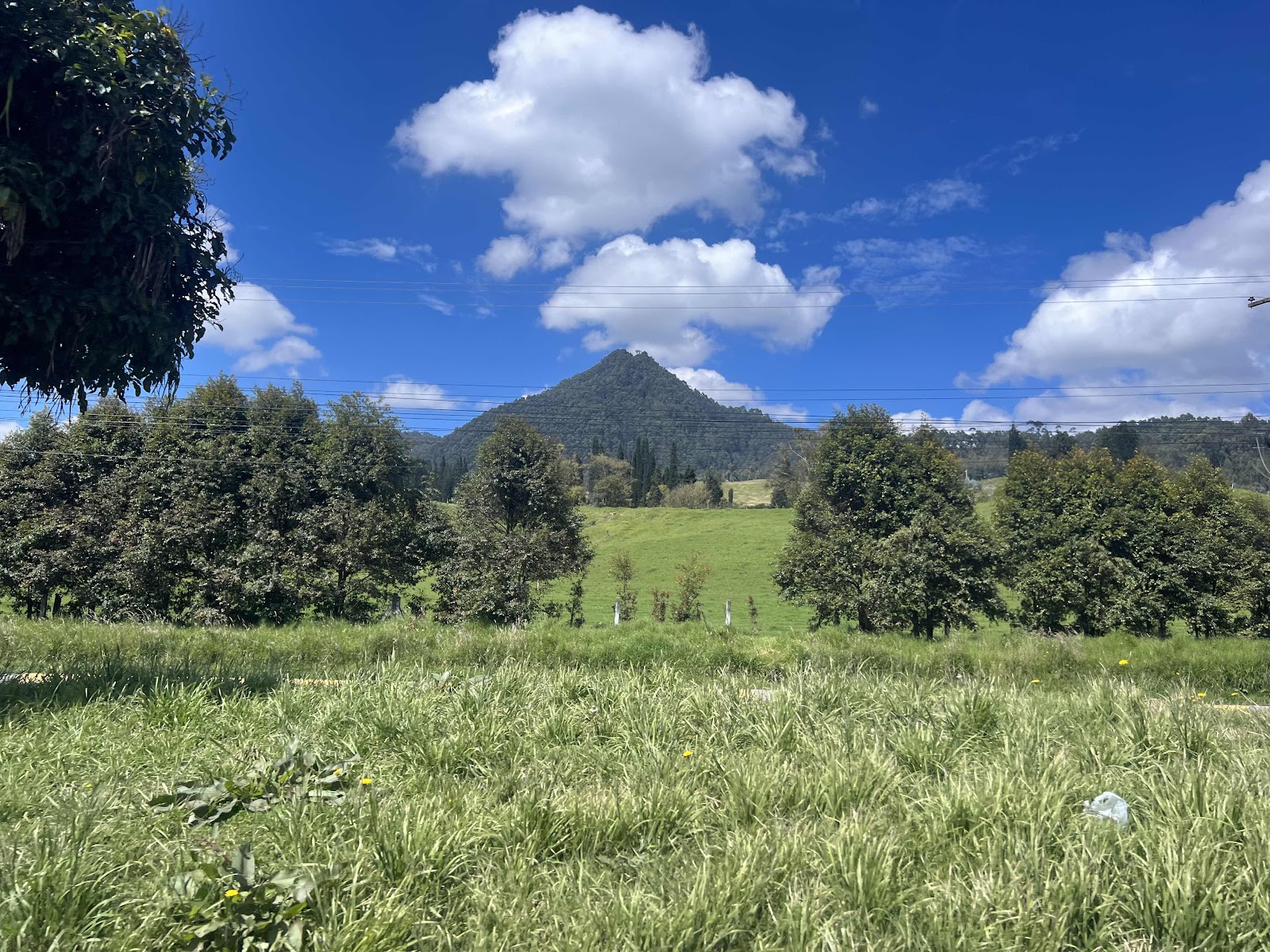 We visited the Zipaquira Salt Cathedral, a Catholic Church built in the tunnels of a salt mine. If you are familiar with my blog you most likely know I am an atheist hardened by religion. I find it difficult to justify the money and time that went into building the church when that time and money could have been invested in helping humans or the earth, but…power and money are what keep them going so I contributed my $77,500 Pesos to the cause. It really was amazing to see all the carvings into the salt using the mined tunnels. 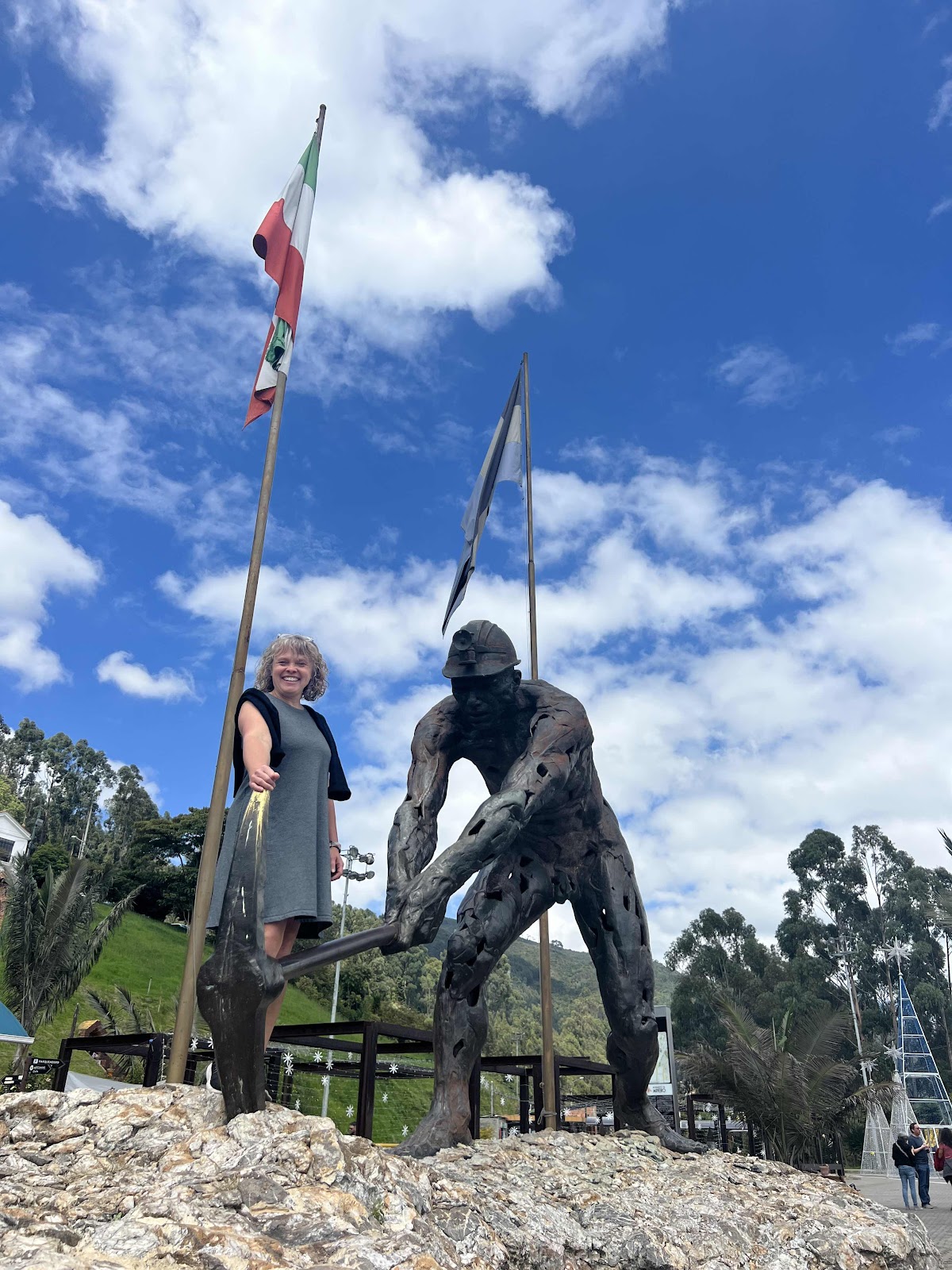 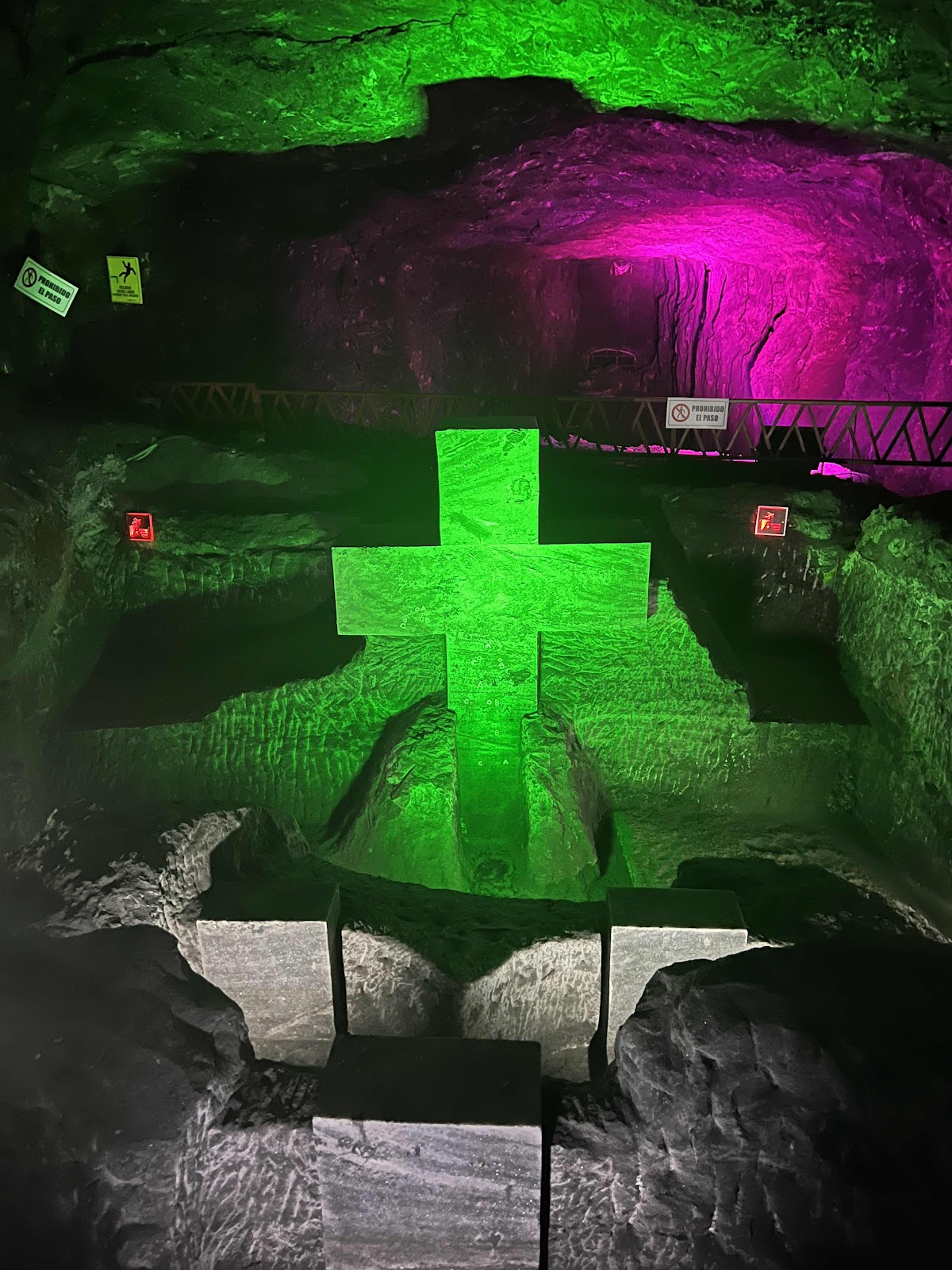 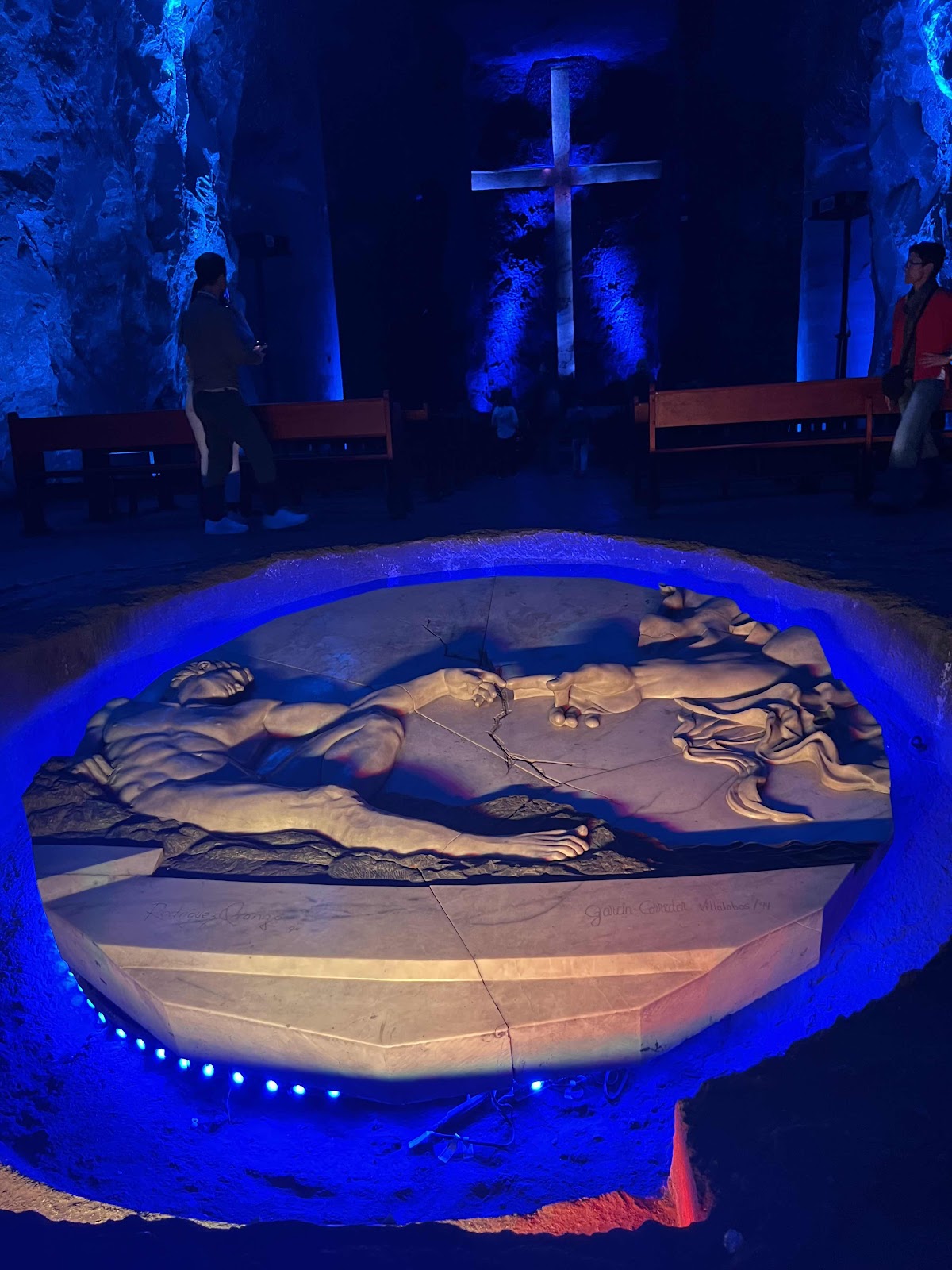 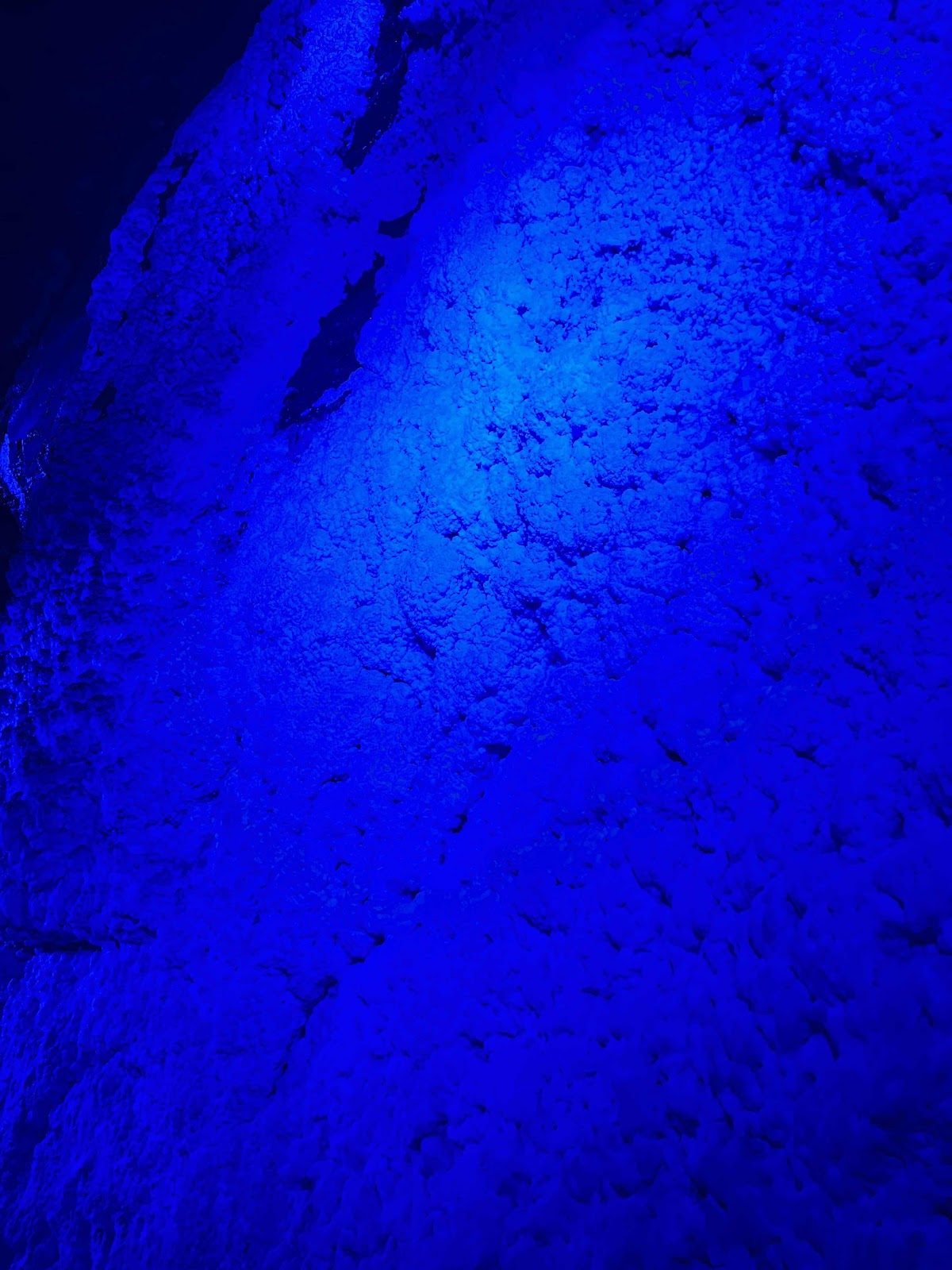 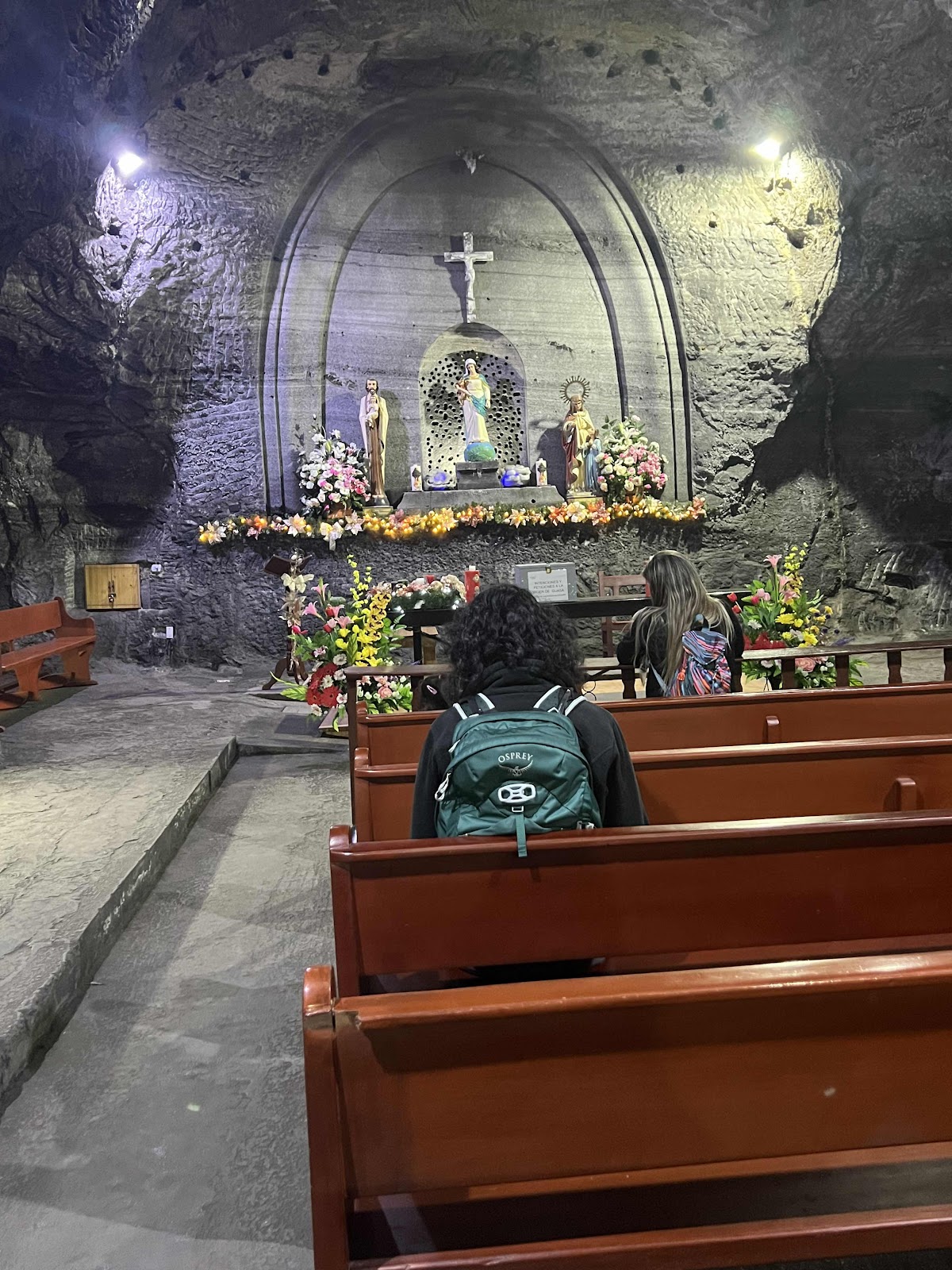 The conversations with my new friend from India and Angel our driver was even richer. Angel is Colombian, has lived in 29 countries, visited all 50 states of the US, and visited 44 countries in total. I wish my Spanish was better - I am sure he had many stories to tell.
After the Salt Cathedral we drove into Zipaquira for lunch at Brasas Del Llano. I always order what the locals say is best so a course of three-meats it was (it was my dinner this evening as well!). I had to ask for the side of salad. It was delicious! They placed flags on our table identifying where we were from. I was the only one from the U.S.
On that note, I have not seen many Americans in either Peru or Colombia. I see mainly Europeans and tourists from other Latin countries. 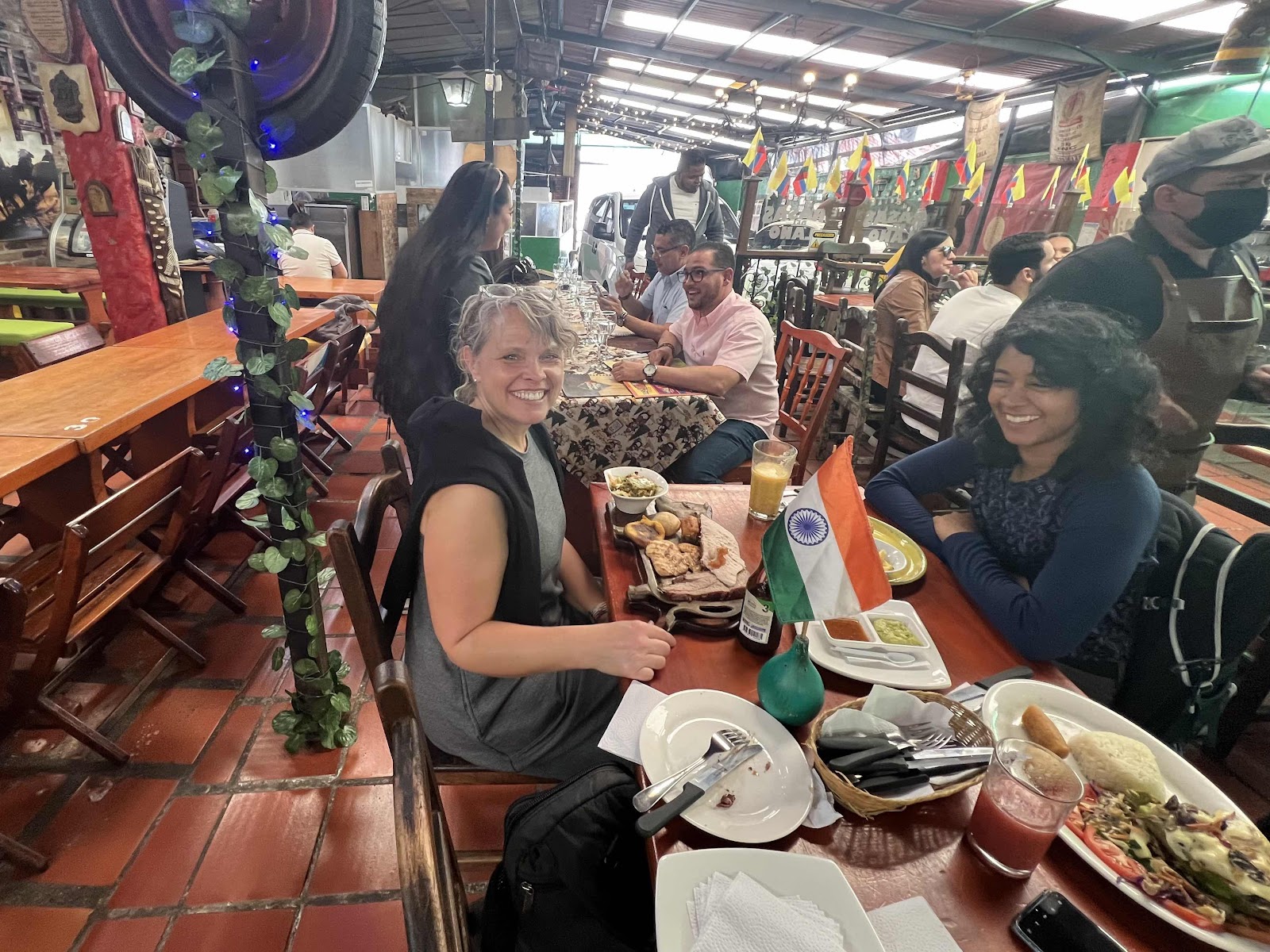 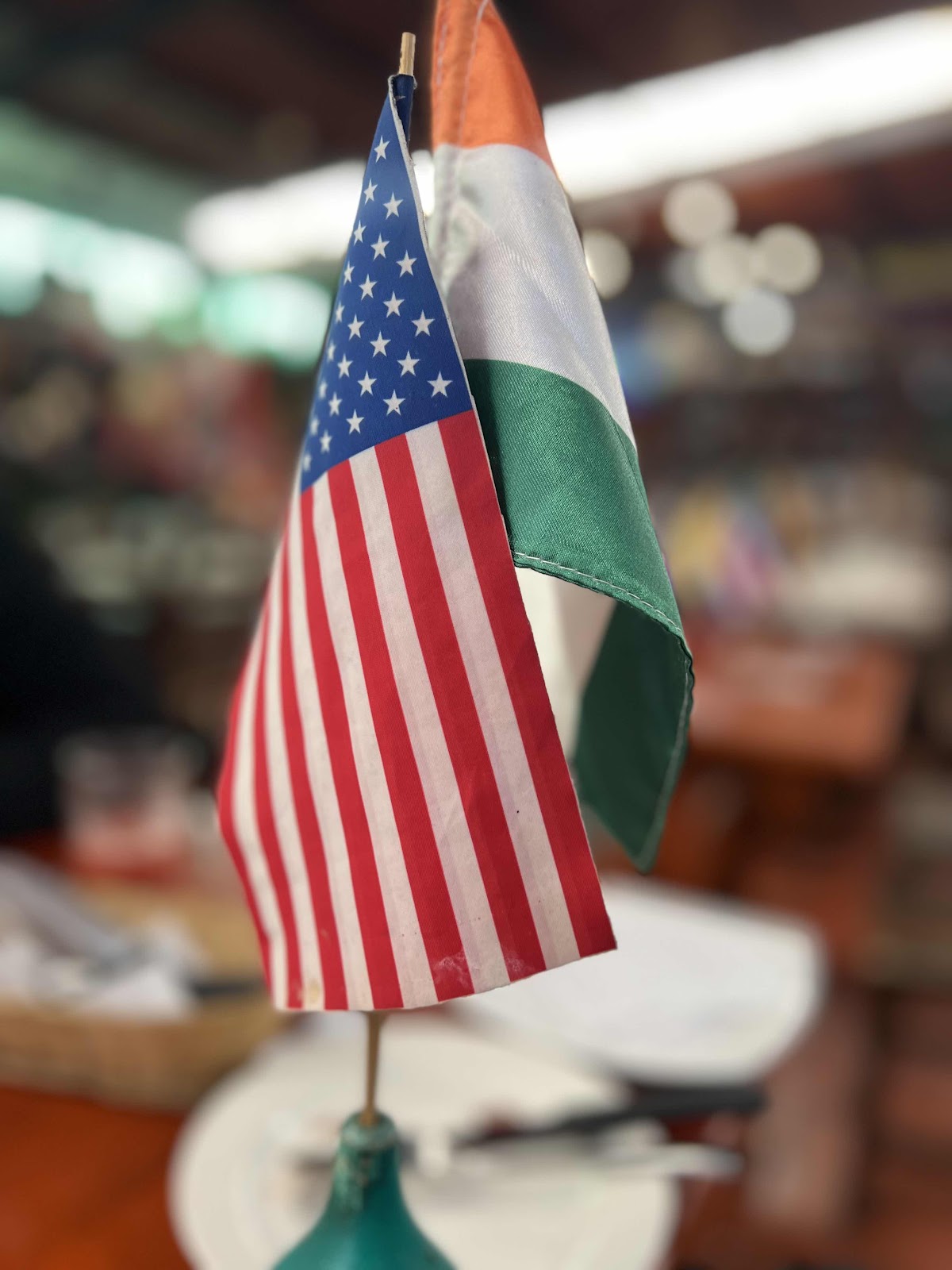 We drove around the city of 130,000 people. We saw a statue depicting the king of the Muisca Zipas (the natives), the Municipal Palace, and the Cathedral de la Santismima Trinidad of San Antonio de Padua. Mostly Spanish architecture, as you would expect. 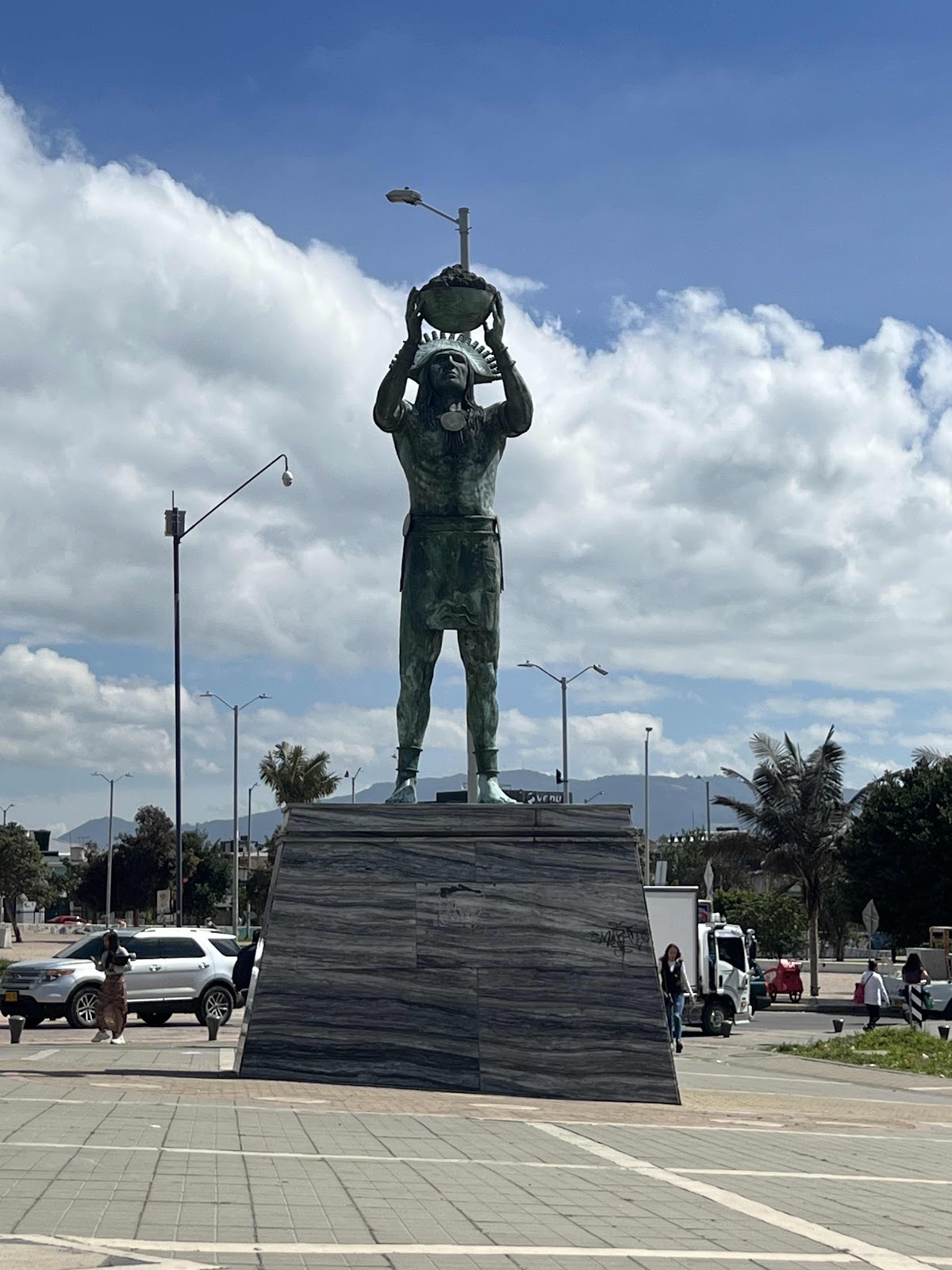 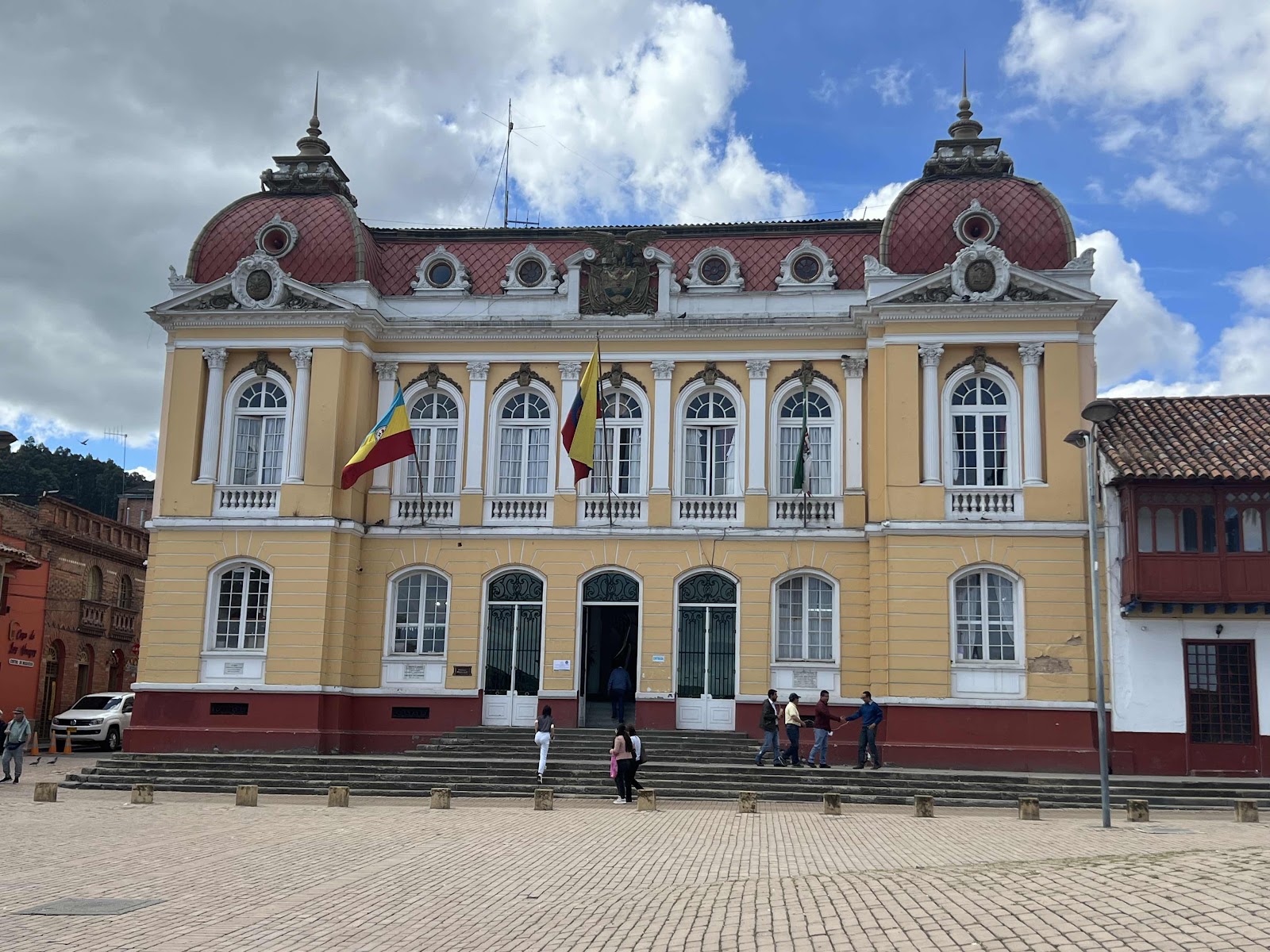 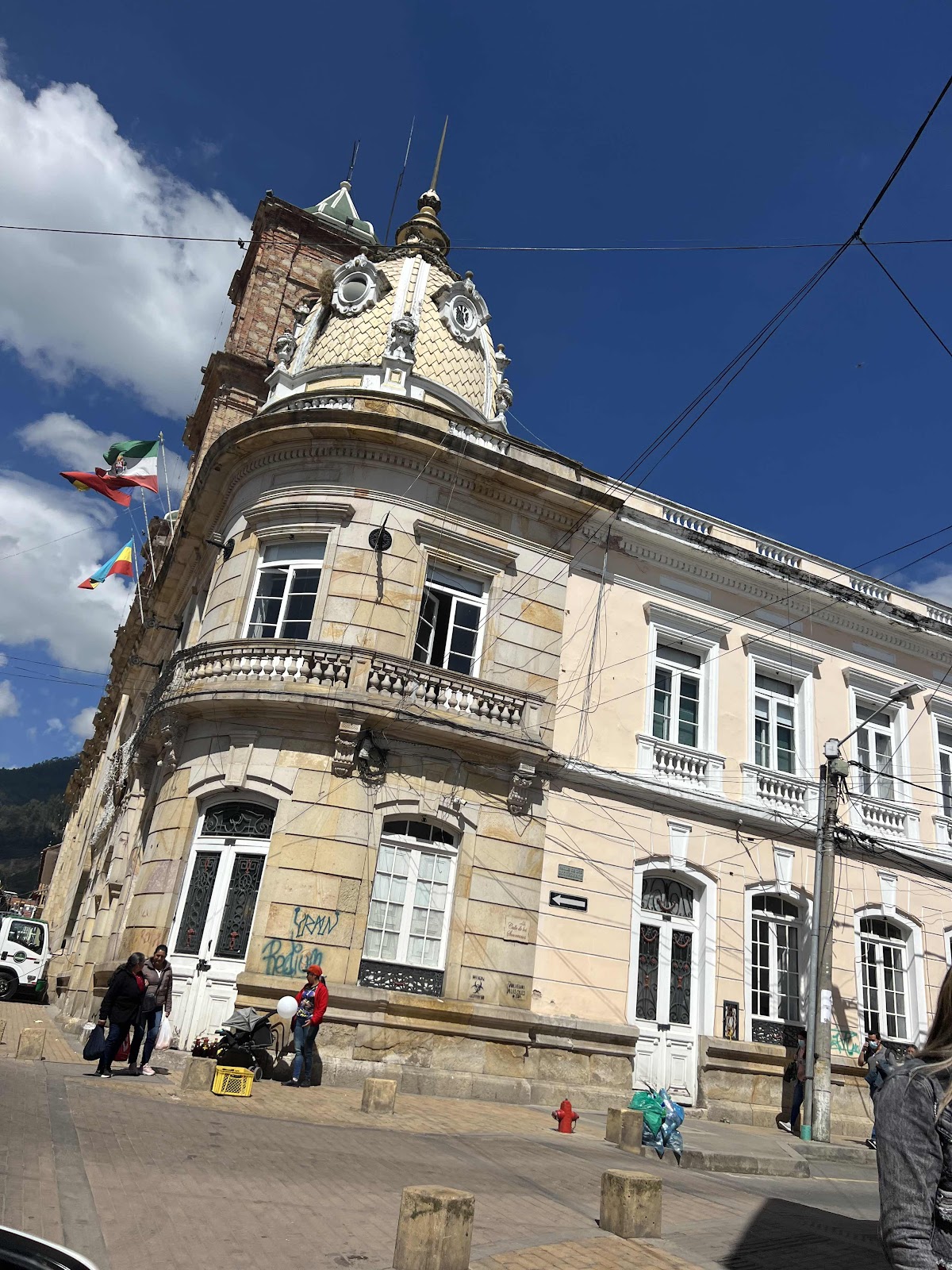 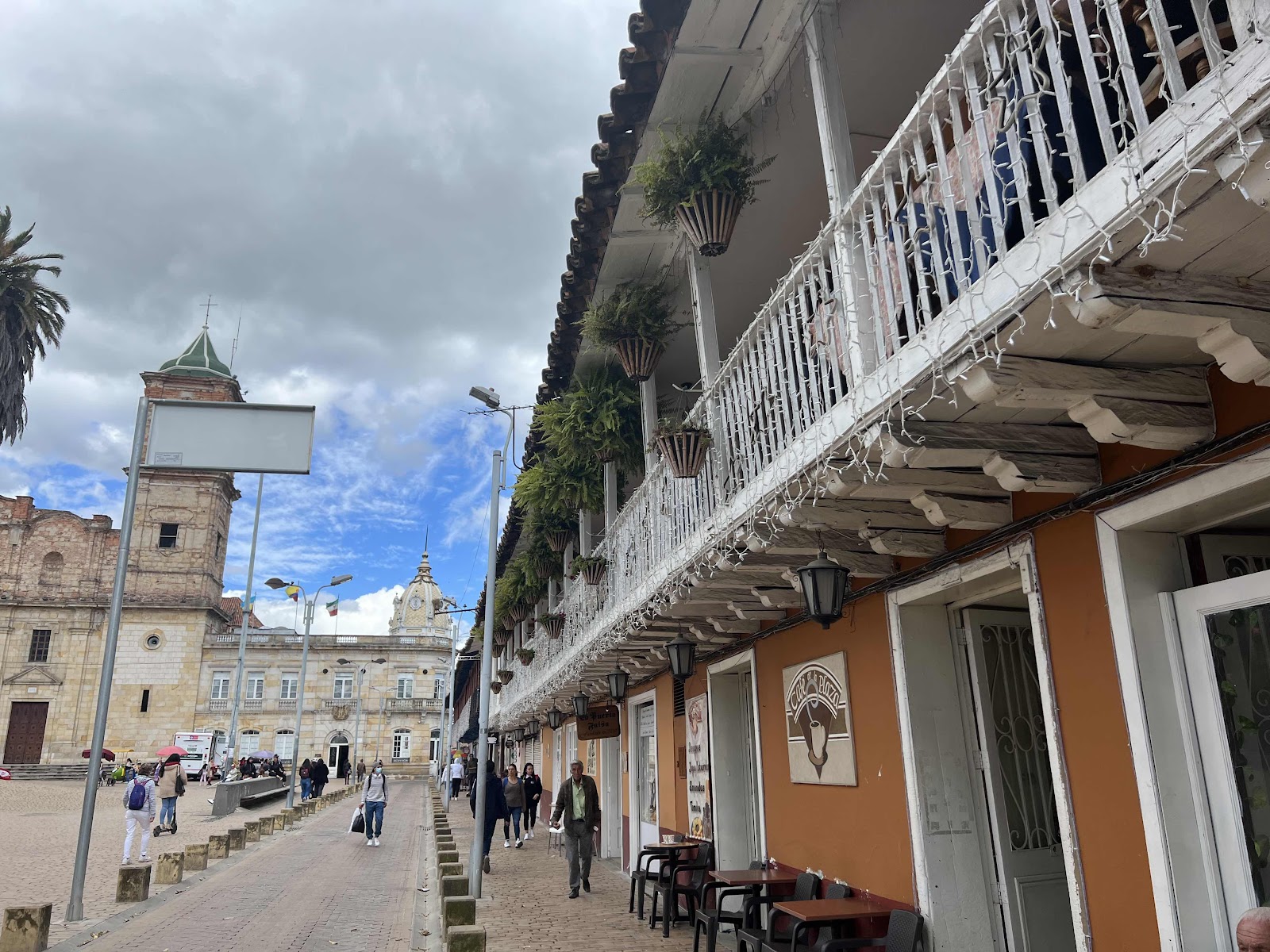 We returned to Bogota and I took a two hour nap! I nap nearly every day at home and I have not been doing so here. It felt great but I suspect I may finish another book tonight. ;-)
I took a shower, did my laundry (in the sink), and went to the bar for my last lulo drink(s) while in Bogota. Tomorrow I travel to Panama City.