Today I toured the second largest favela in Latin America, Rocinha. Favelas are all over Rio and are working-class neighborhoods. They are unique and we’re totally fascinating to me.
They started forming when the rural population moved to the city for work and were unable to find homes so they built shanties. It is estimated 20% of the Rio de Janeiro population lives in the nearly 200 favelas and they immediately border very nice neighborhoods.
In Rio, employers are required to pay transportation to and from work. So when being hired it is important to live close to the city so the cost is low and you will be considered.
Most favelas are ruled by organized crime groups (drug dealers).  There are UPP police that drive through the Main Street but they never go into the favela (and there are very few drivable roads, most of the favela is navigated by walking). The drug leaders do not want trouble with the UPP so things are calm and oddly with armed men on each corner I felt safe with our guide. But there are rules one must follow and drugs are common. In fact a street vendor was selling cocaine and marijuana on the street alongside someone selling coffee!
Check out the electrical lines. It is crazy they do not have fires. But everyone just taps into someone else. Everyone hauls garbage to a main spot on the road as there are no garbage sites within the favela. 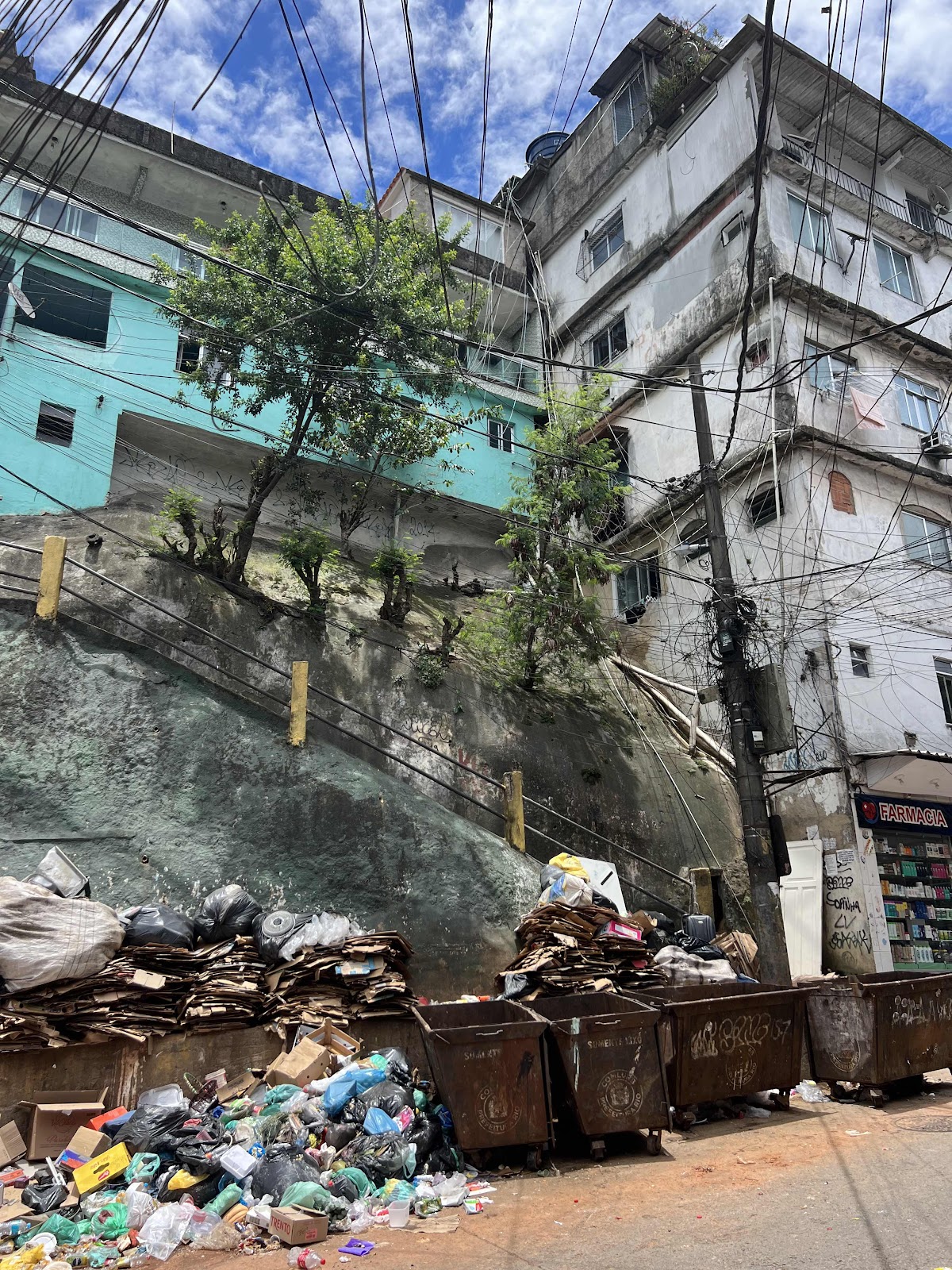 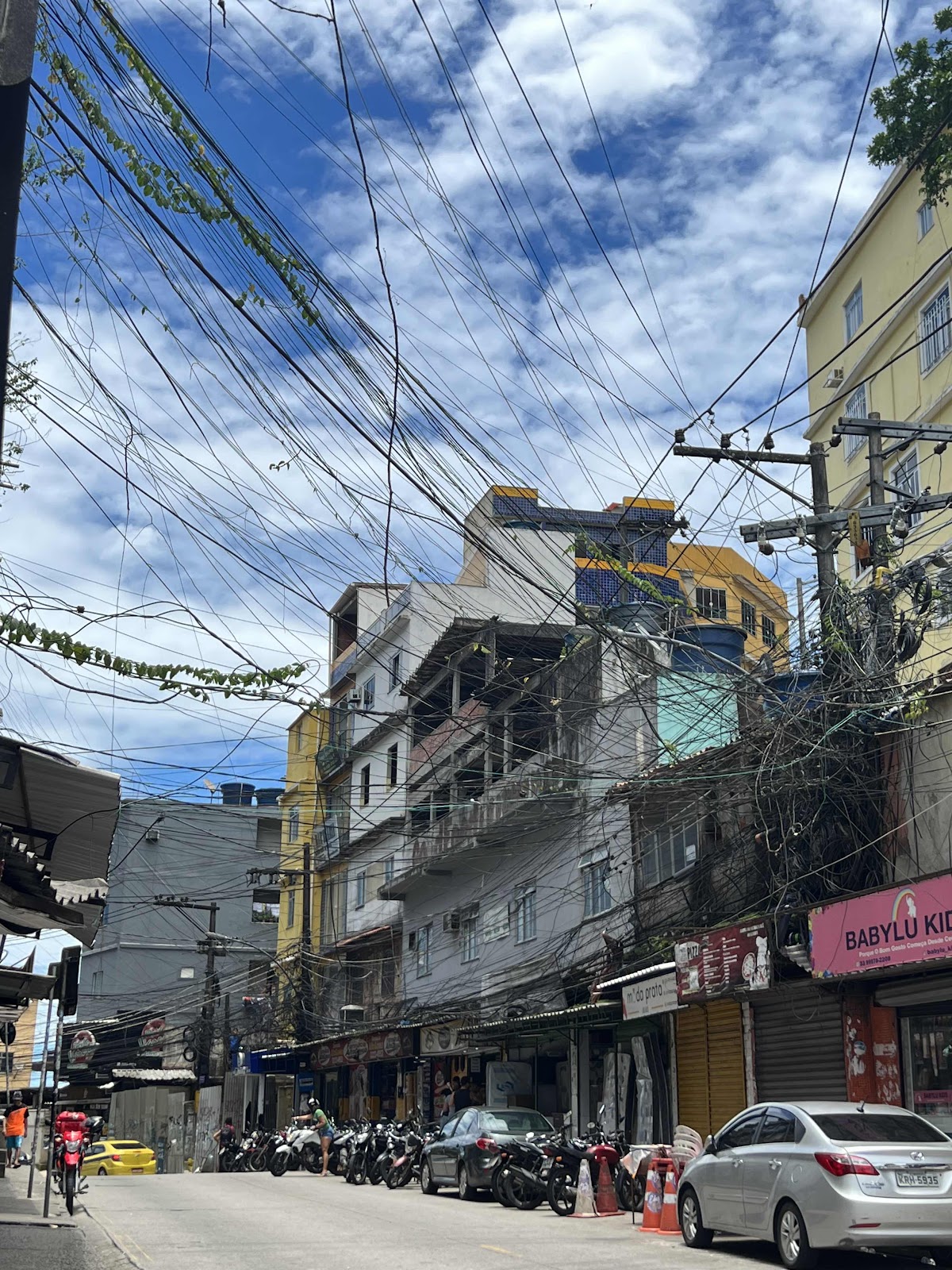 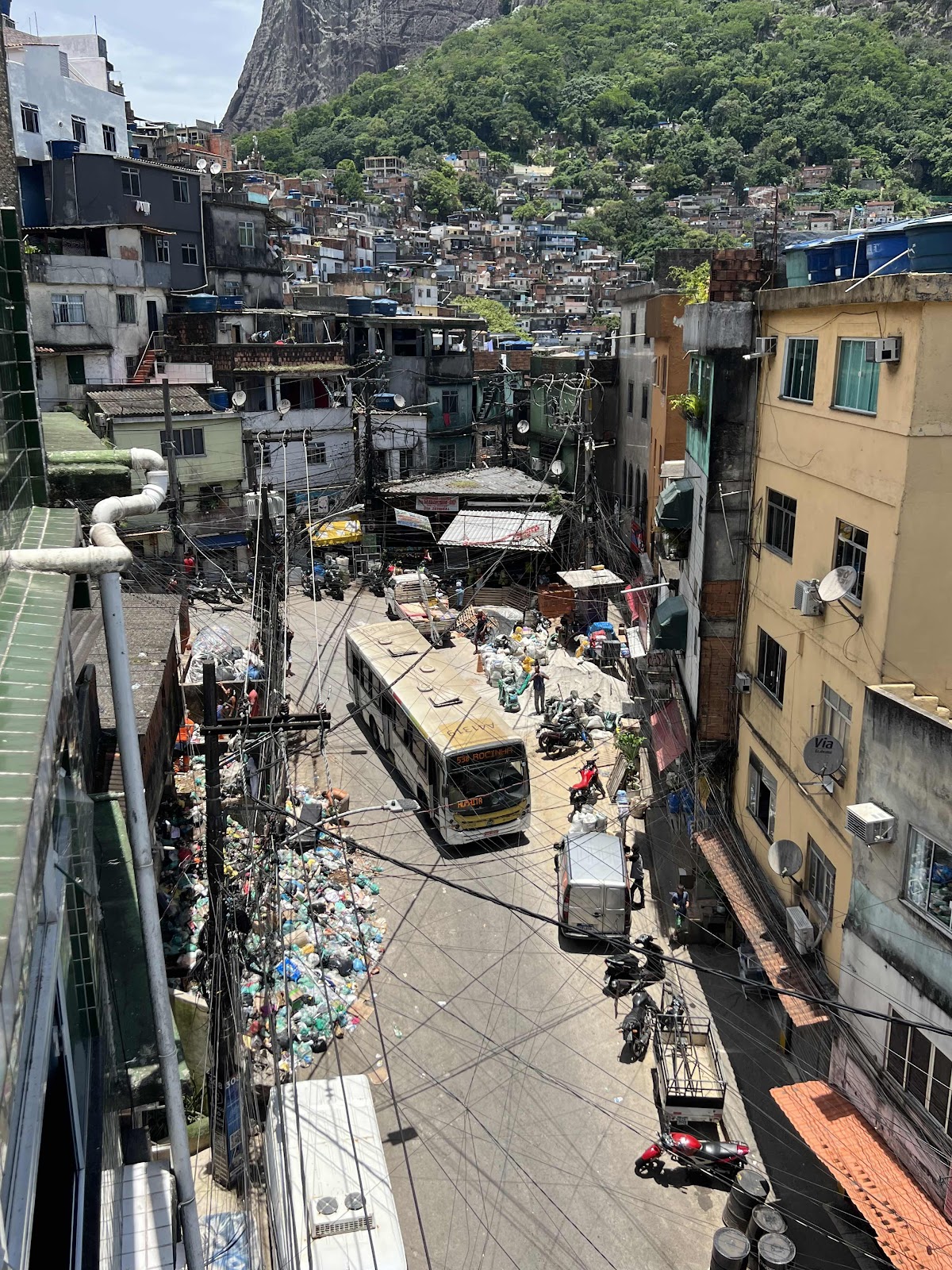 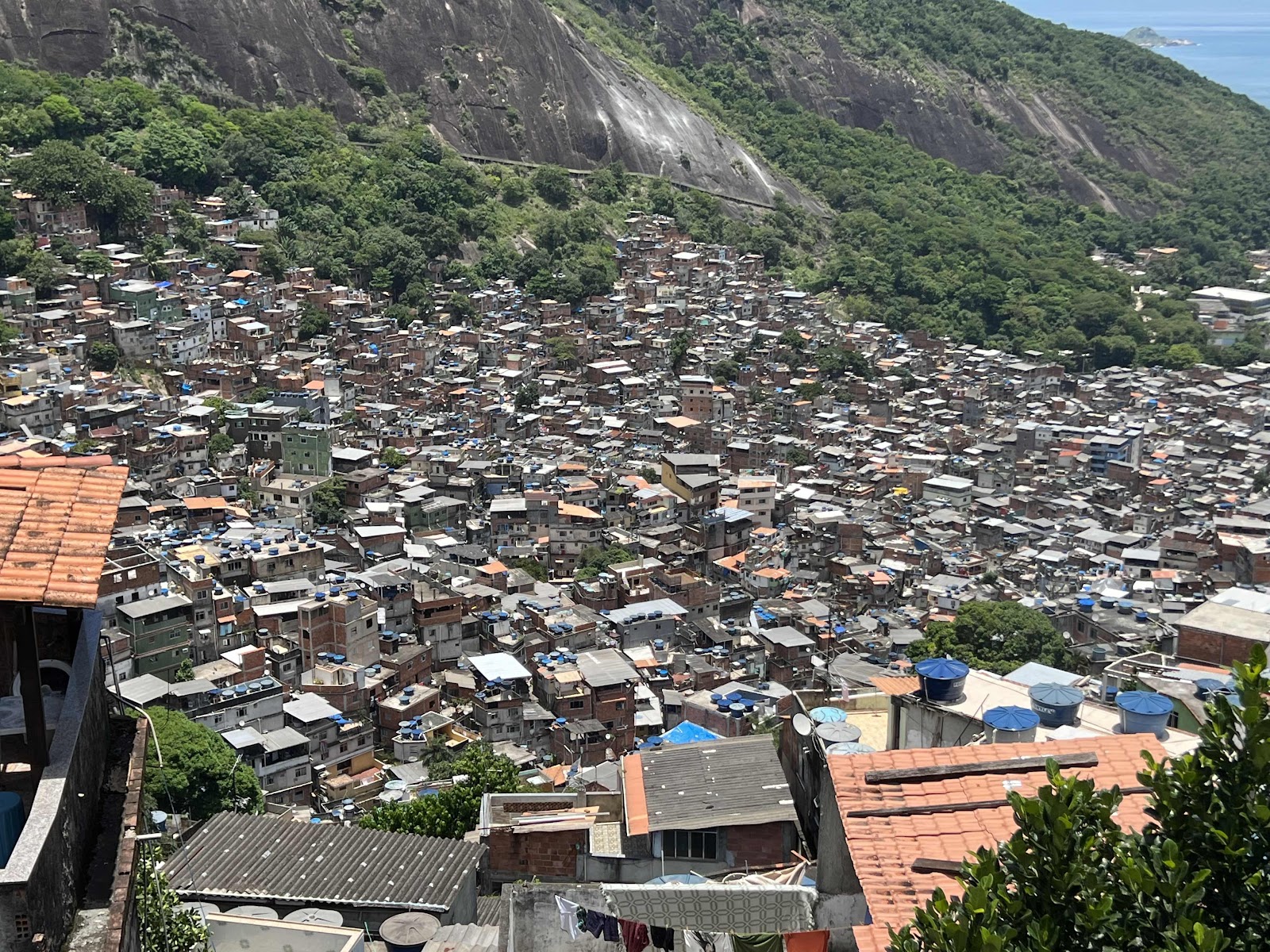 Rocinha is ruled by three groups of drug dealers and the walking pathways are marked with who owns each (see photo with C.V on wall). Despite the simple living they take great pride in their neighborhoods and decorate with water bottle caps. There is no mail to homes but a box that sits in the middle of the walkway where you pick up your mail. Motorcycle taxis are the main form of transportation. 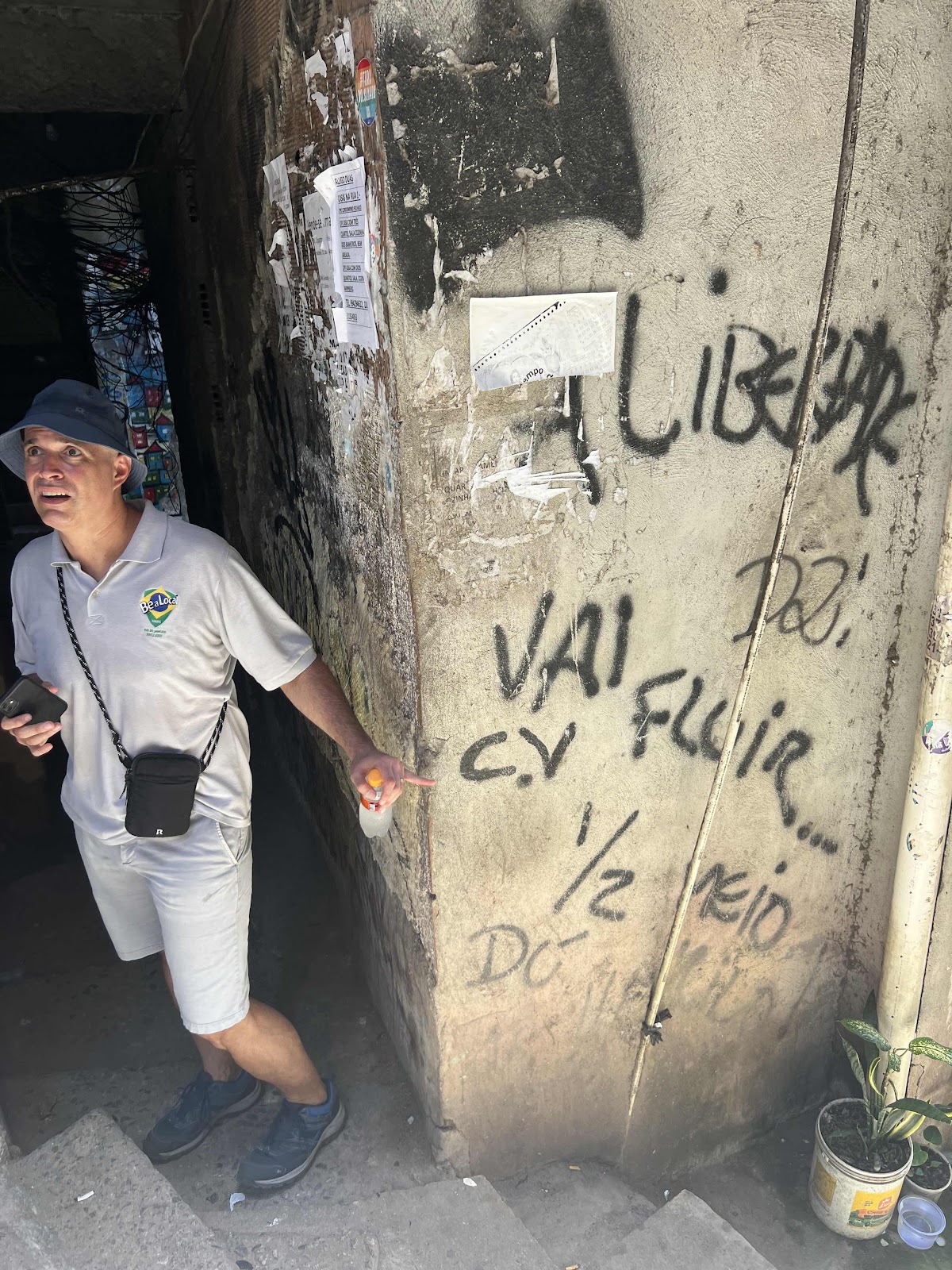 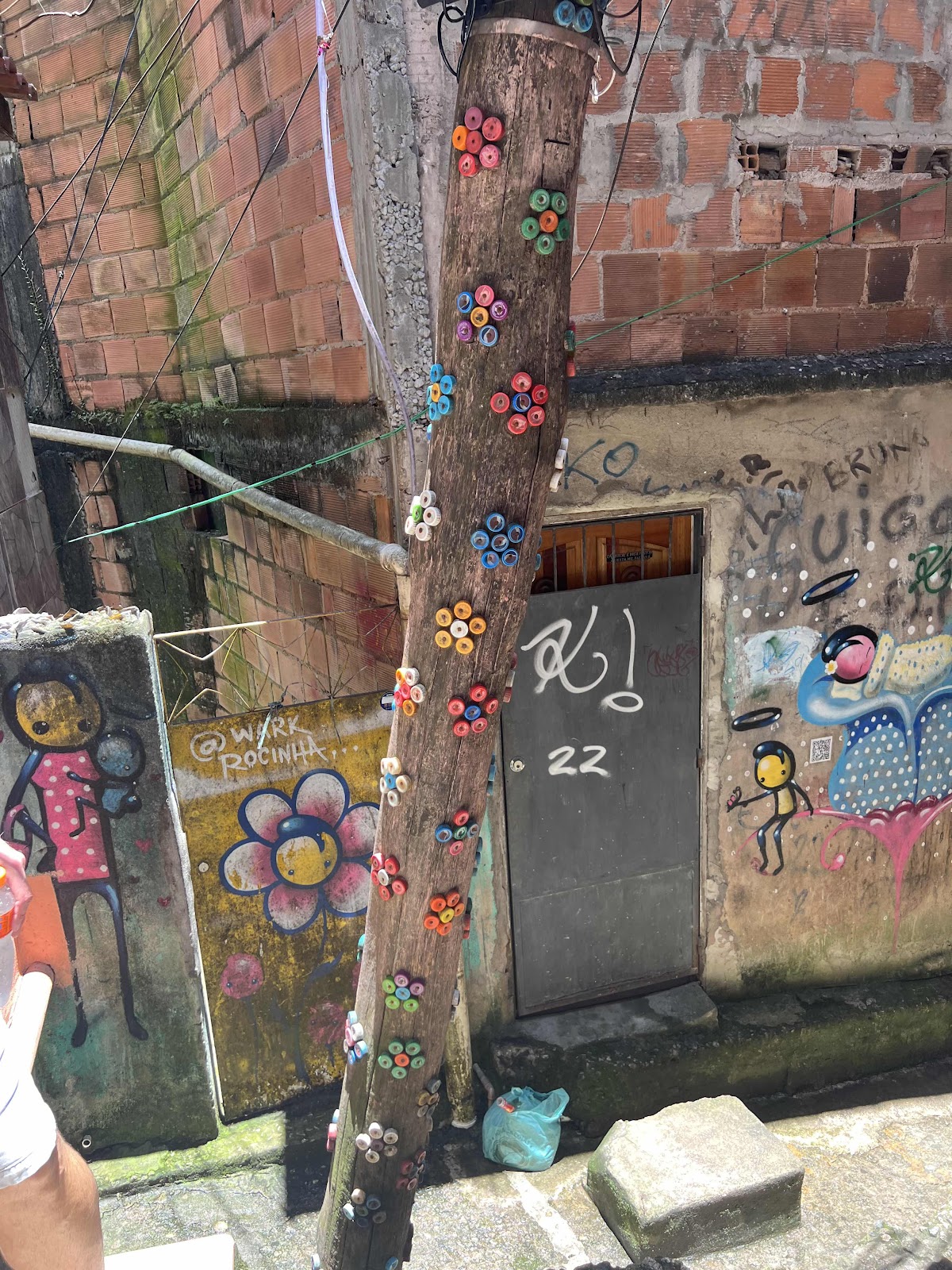 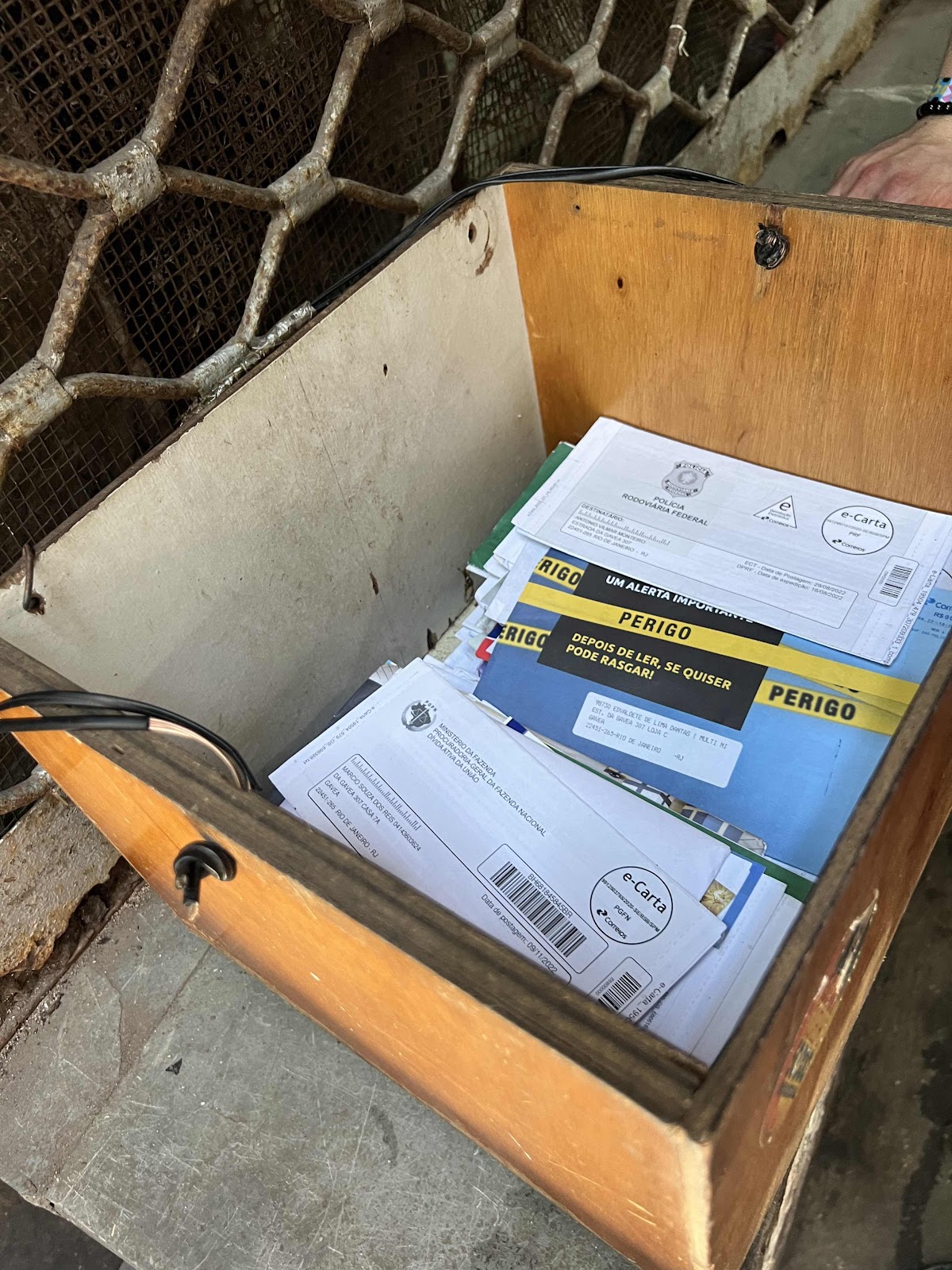 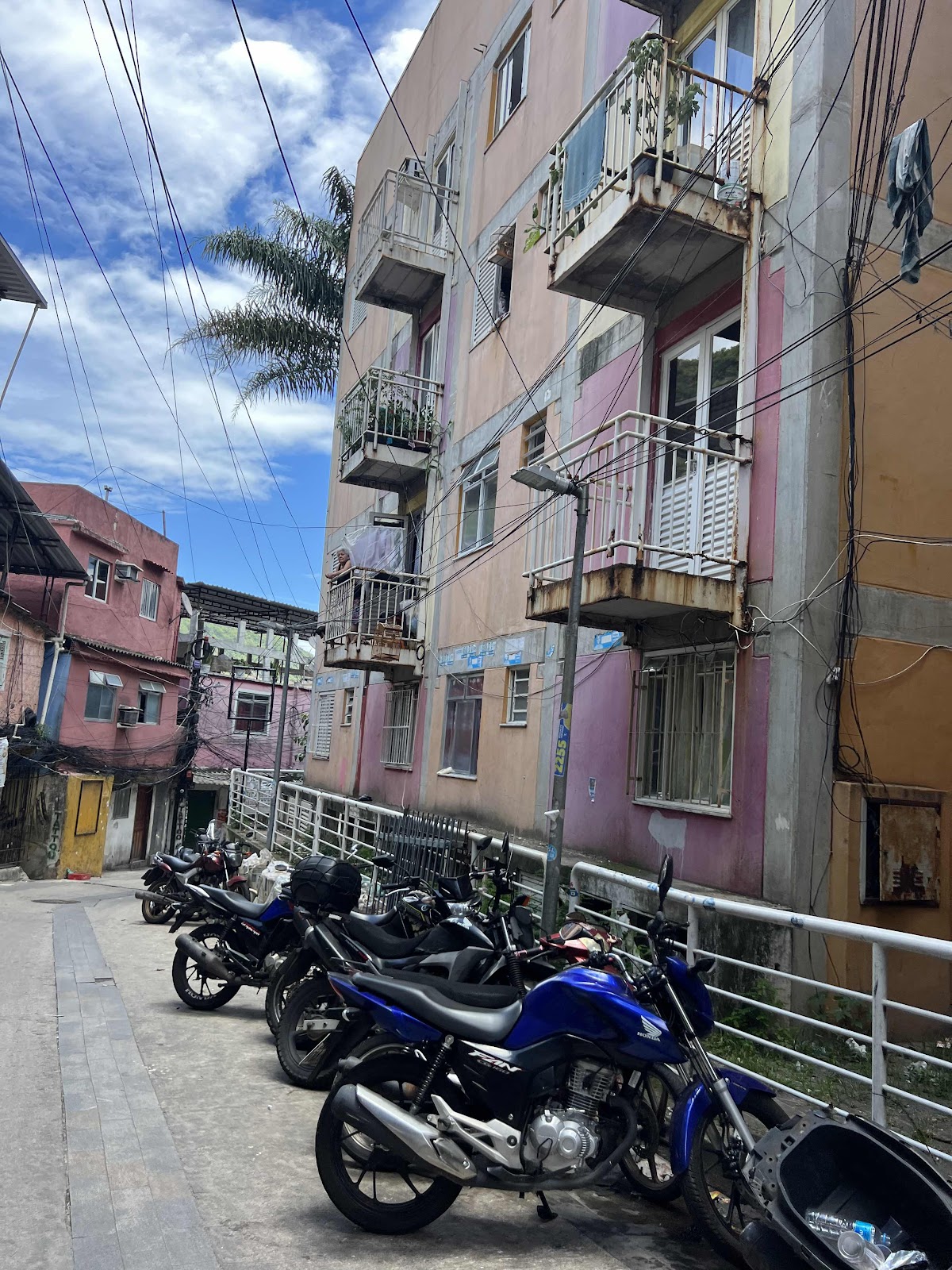 It was very interesting. I had my tour guide drop me off at Copacabana, visited the military fort that was built alongside the beach in 1908 and walked the beach. That beach is 2.5 miles long and it was very busy. Most likely due to it being a holiday week. 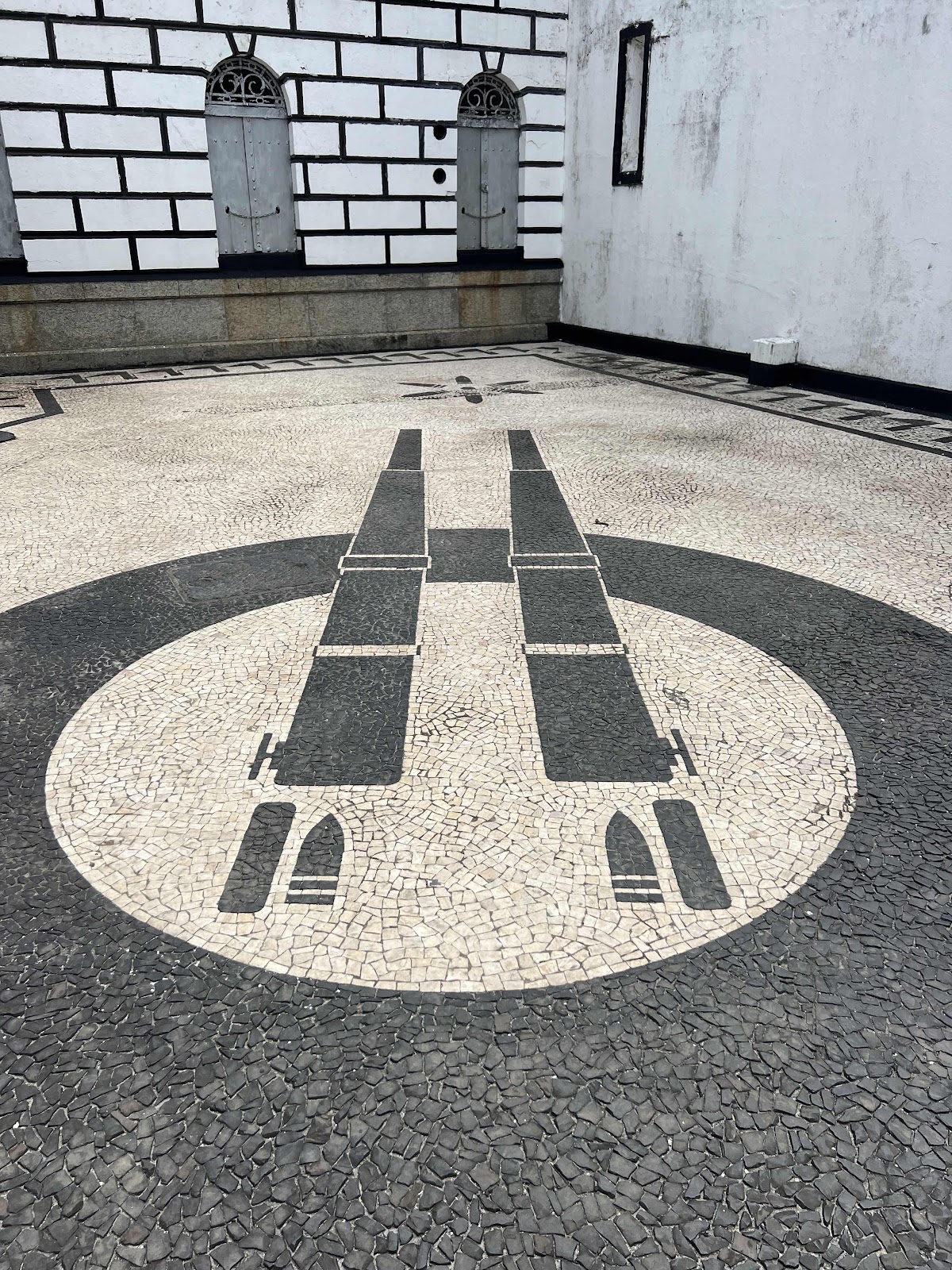 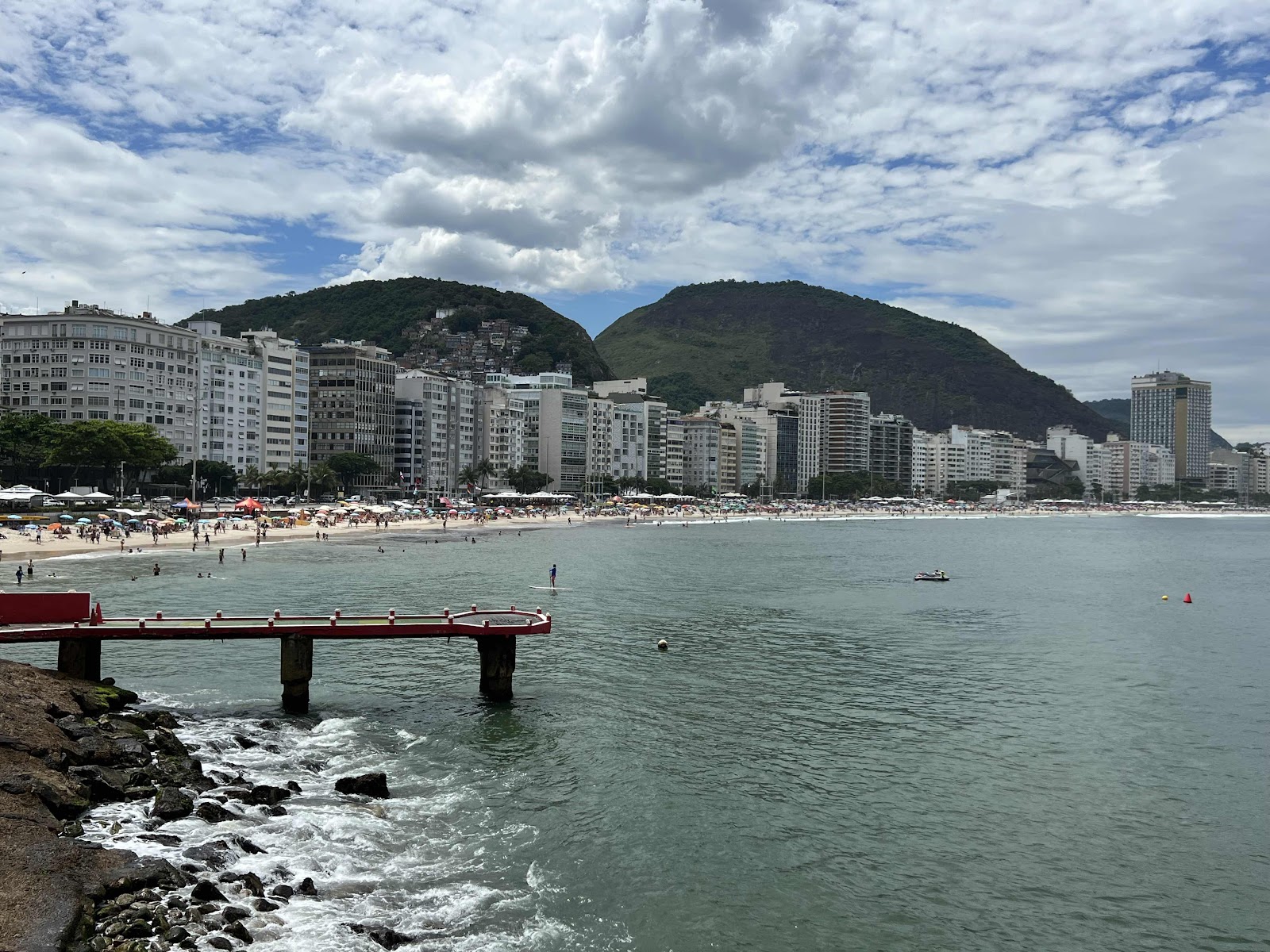 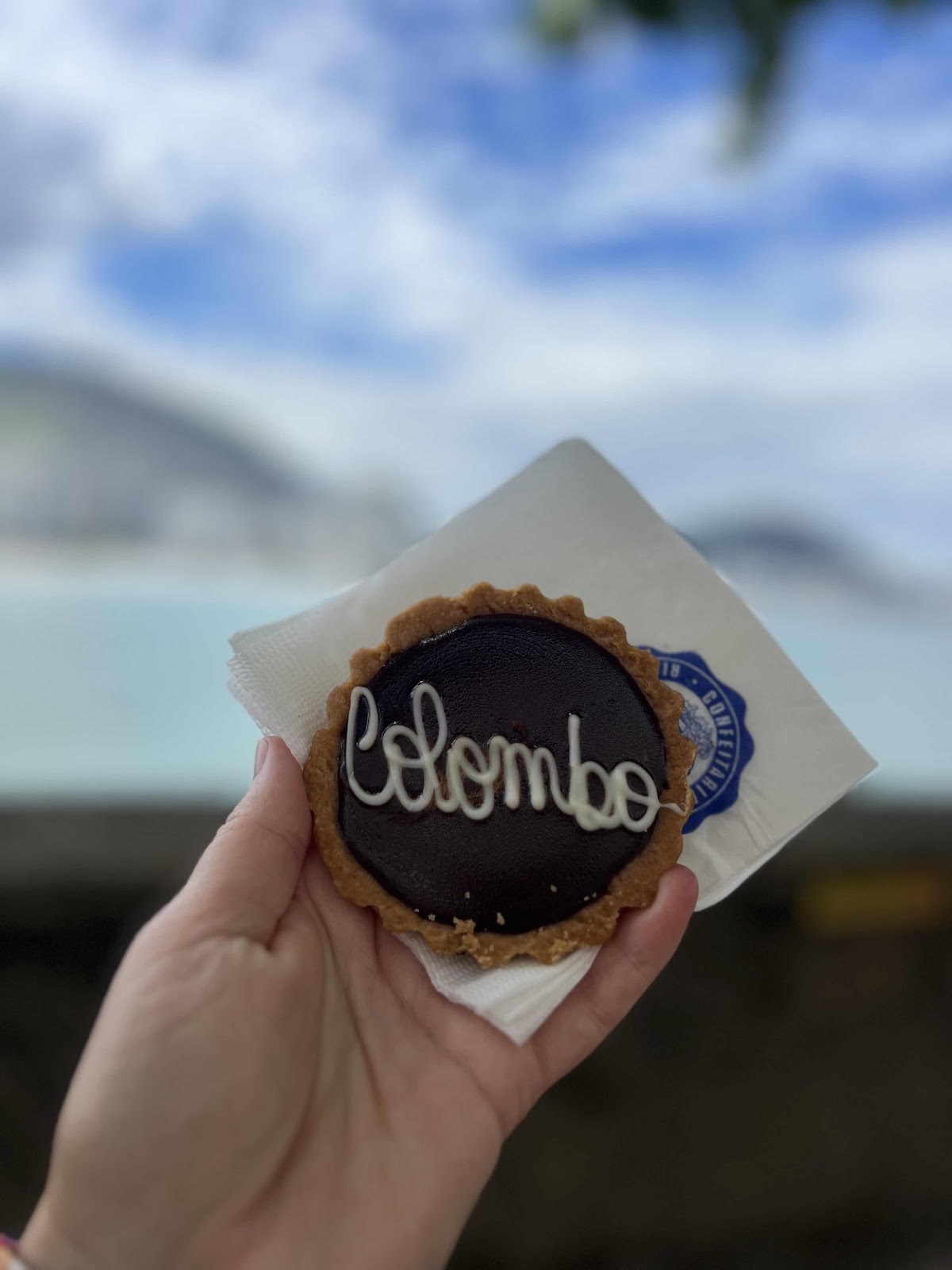 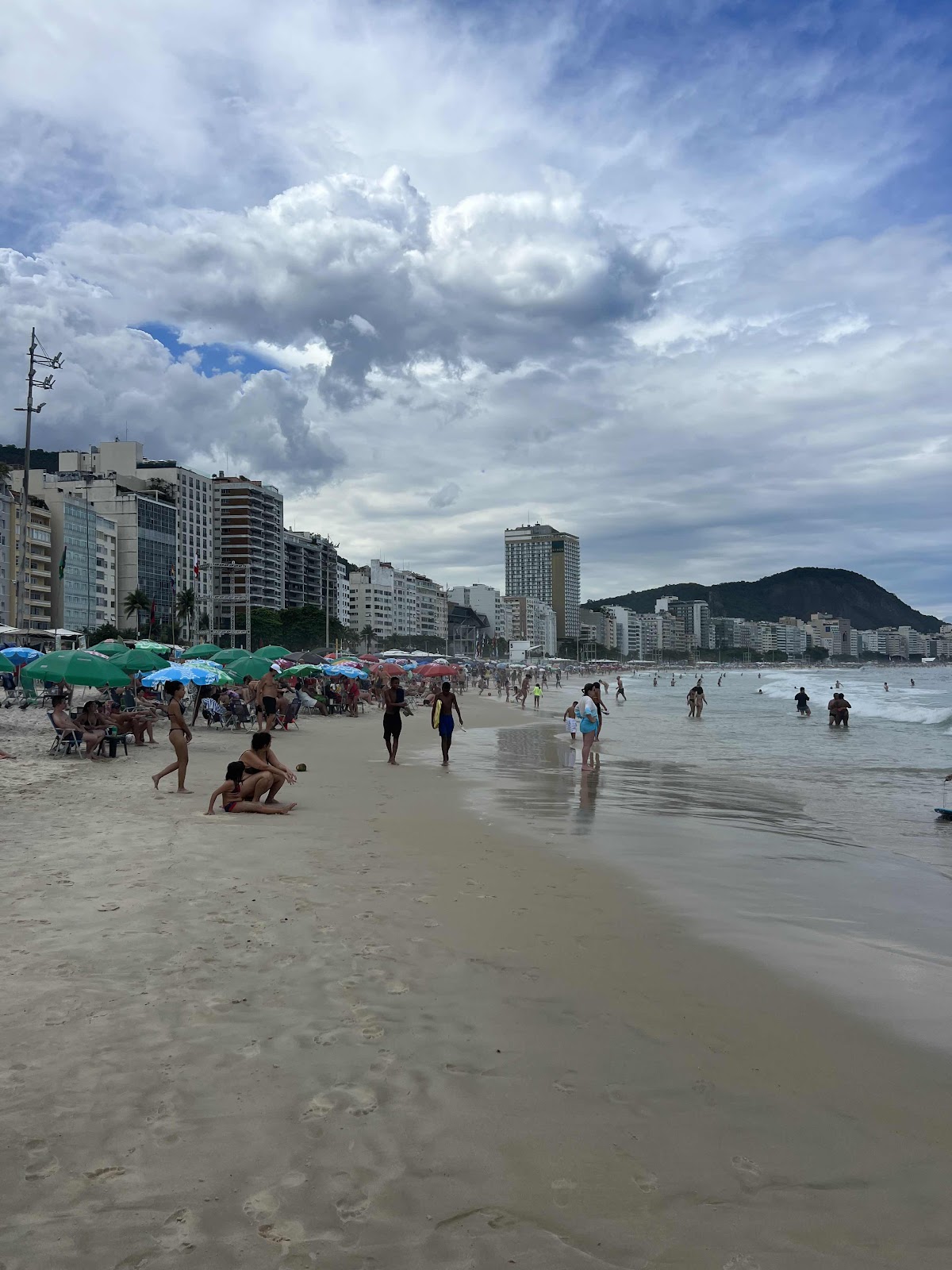 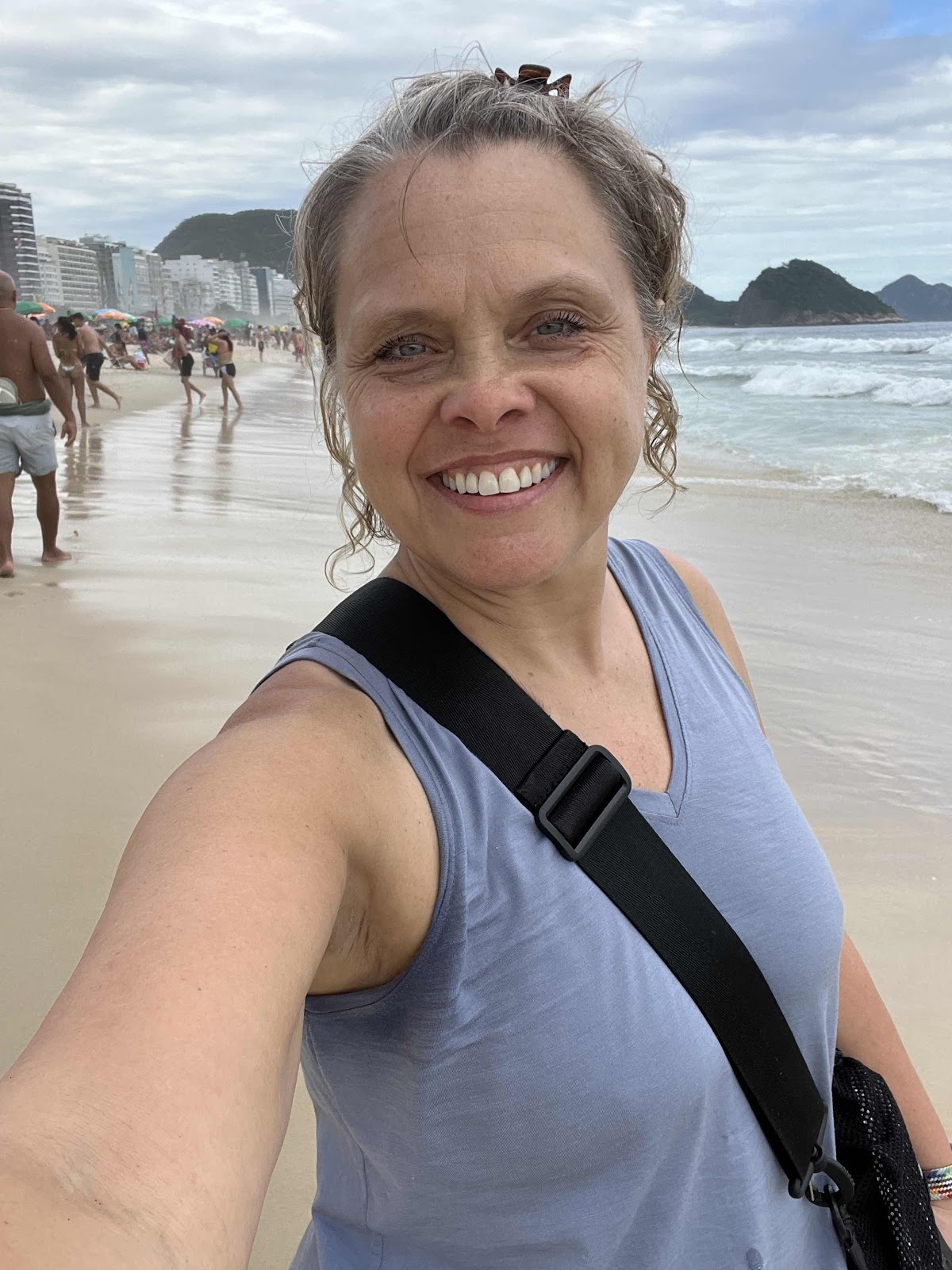 I returned to the hostel, took a shower, and met up with Kristin for dinner and samba at Beco do Rato. The place was packed, and it was a Tuesday! Latinos sure like to party.