My goal today was to visit Paqueta Island, a small island located in the northeastern part of Rio’s Guanabara Bay. Fun fact: When the Portuguese discovered Rio they landed in the bay in January but thought it was a river so named the city Rio (river) de Janeiro (January).
I could not find the ferry schedule online so read a few blog posts that said a ferry left at 10:30. When I arrived I discovered the next ferry departed at 1:30pm! I had three hours to kill and my only goal was to be in air conditioning so I  walked to the airport! It was wonderful. [I am wearing a mask because I have a cold…ugh] 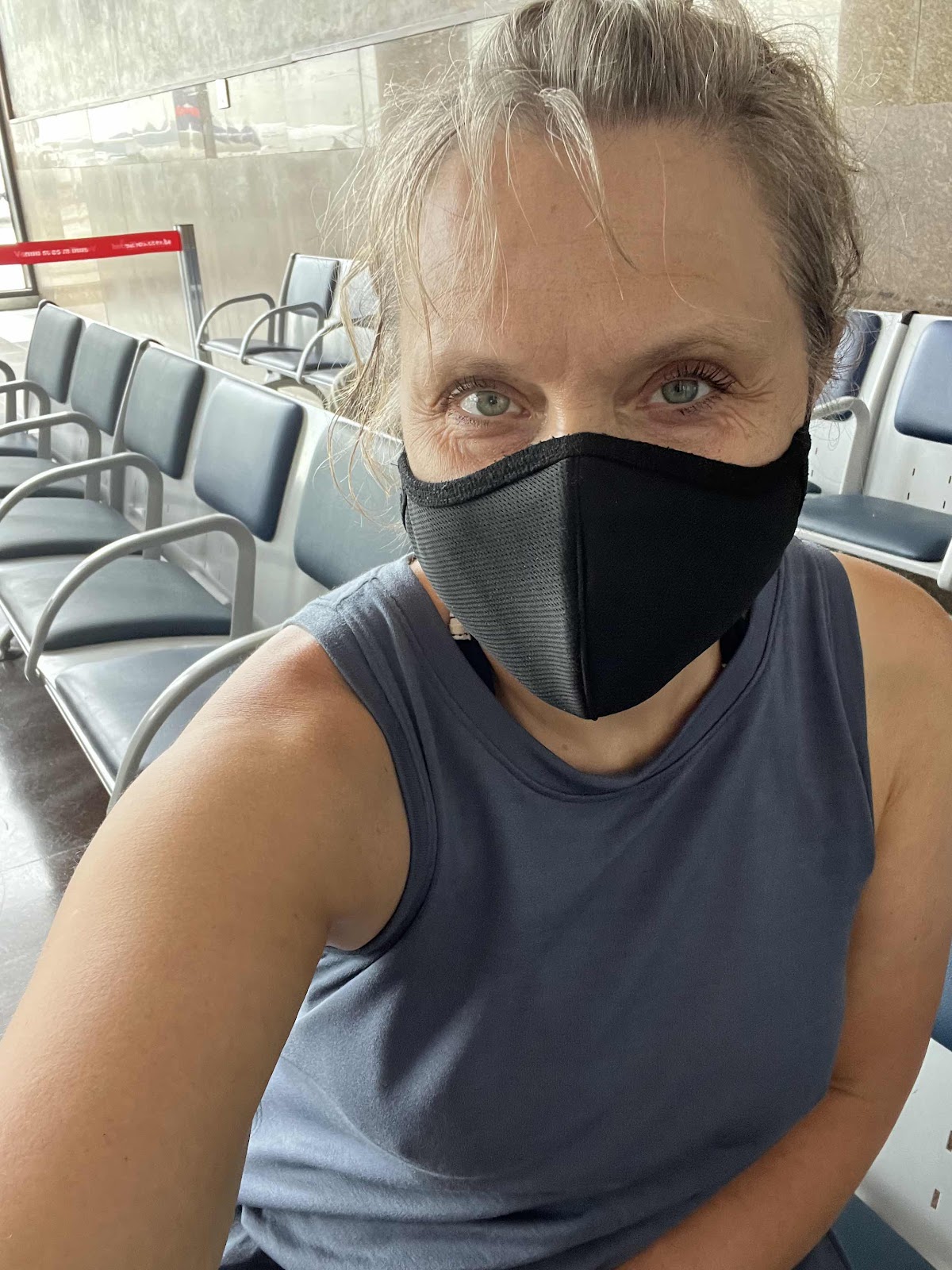 The ferry was packed! I wonder what everyone was doing. Holiday? Do they live on the island? We passed by Fiscal Island, a beautiful green building serving as a customs station in the day. We also passed under the Rio-Niterói Bridge. 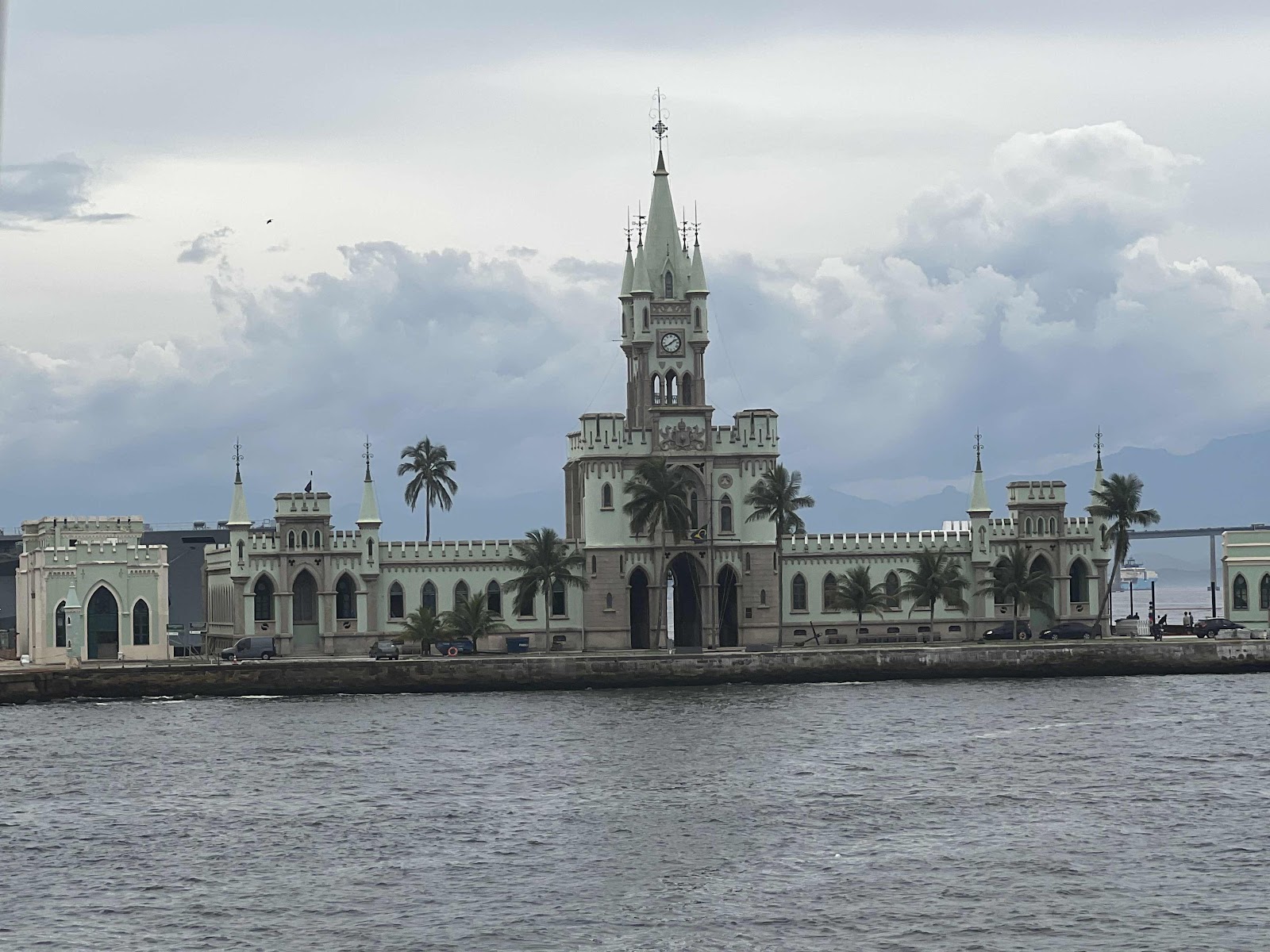 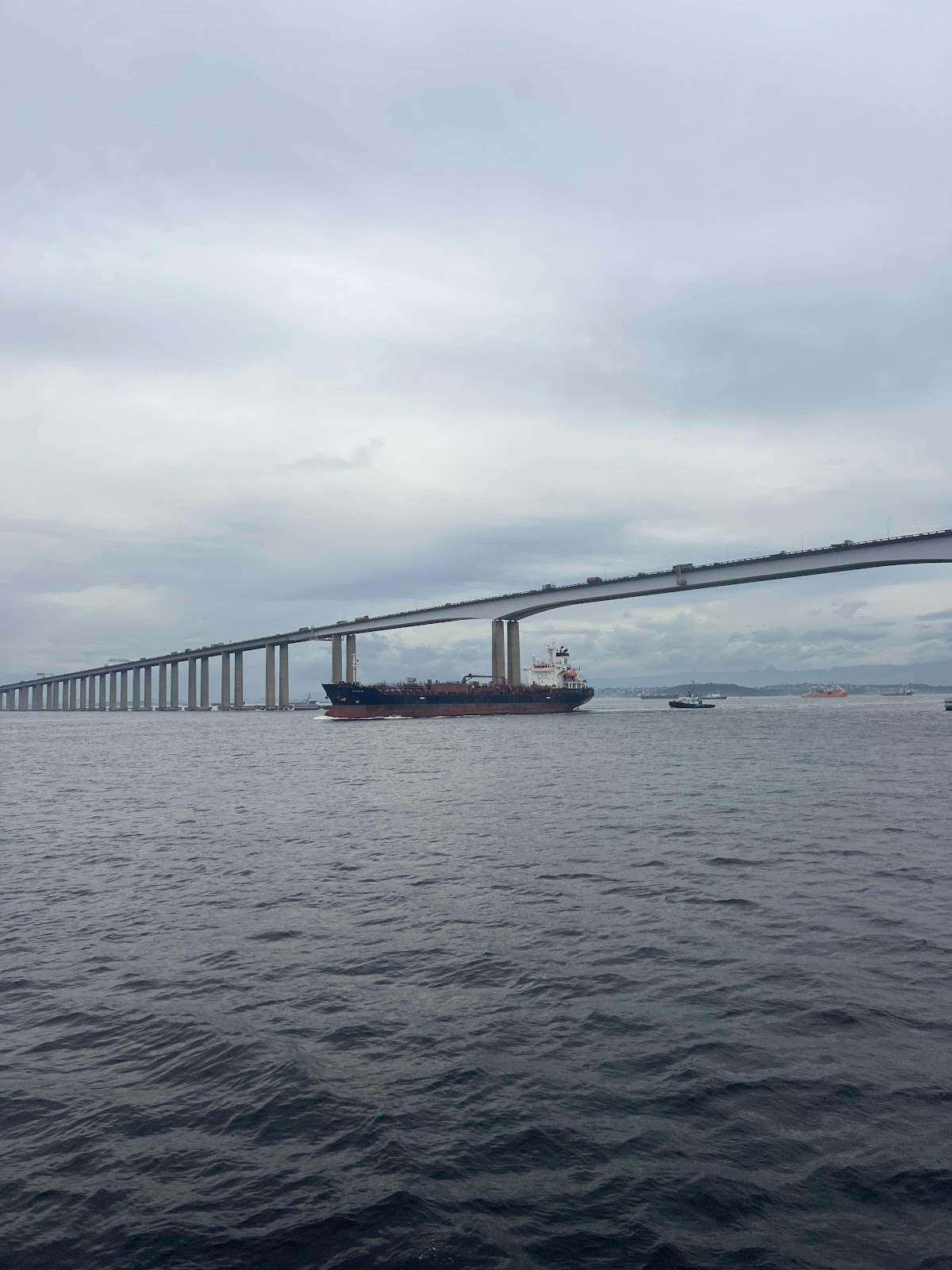 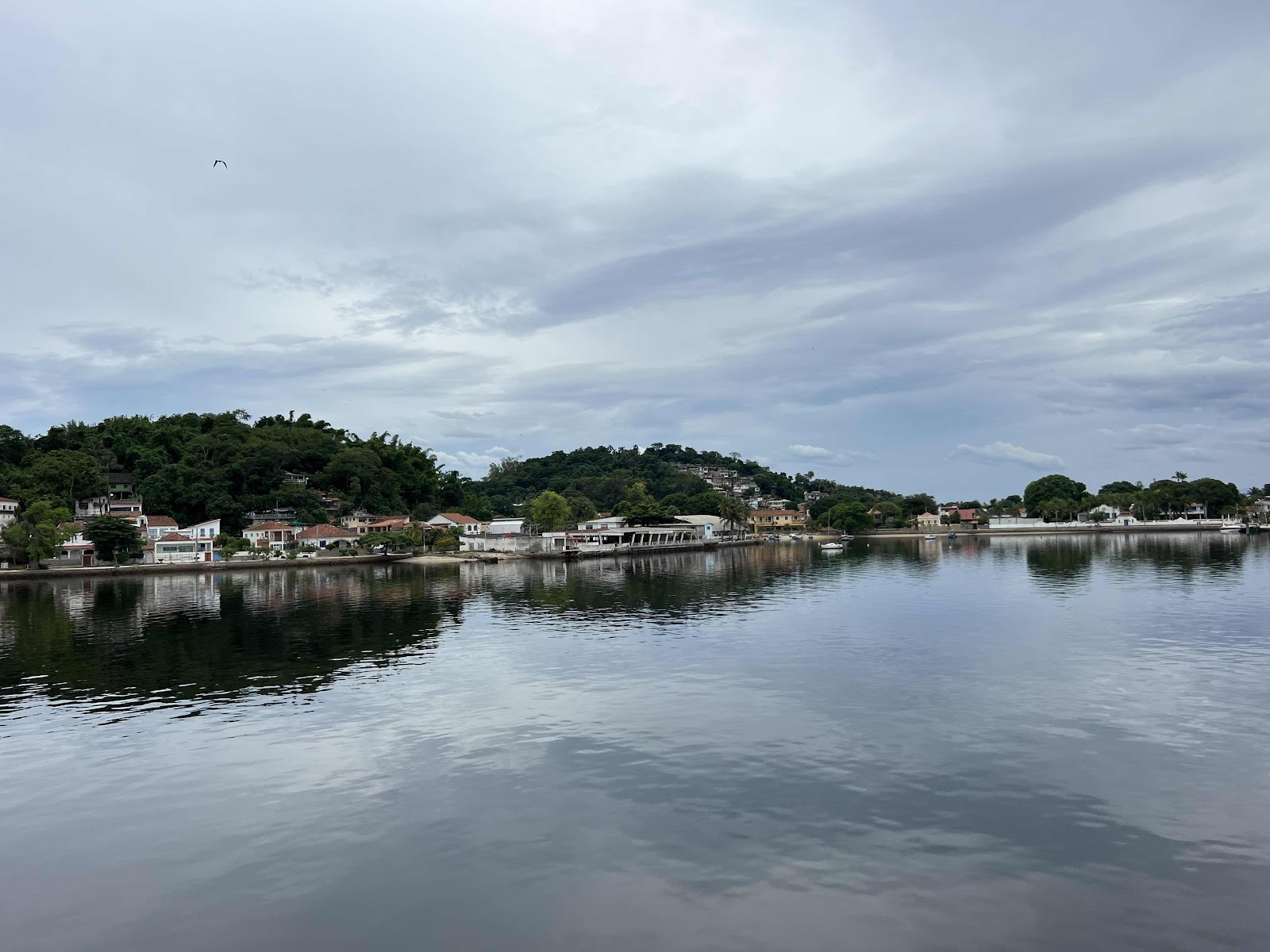 Paqueta has no cars but only bikes and golf carts. It feels like going back in time. 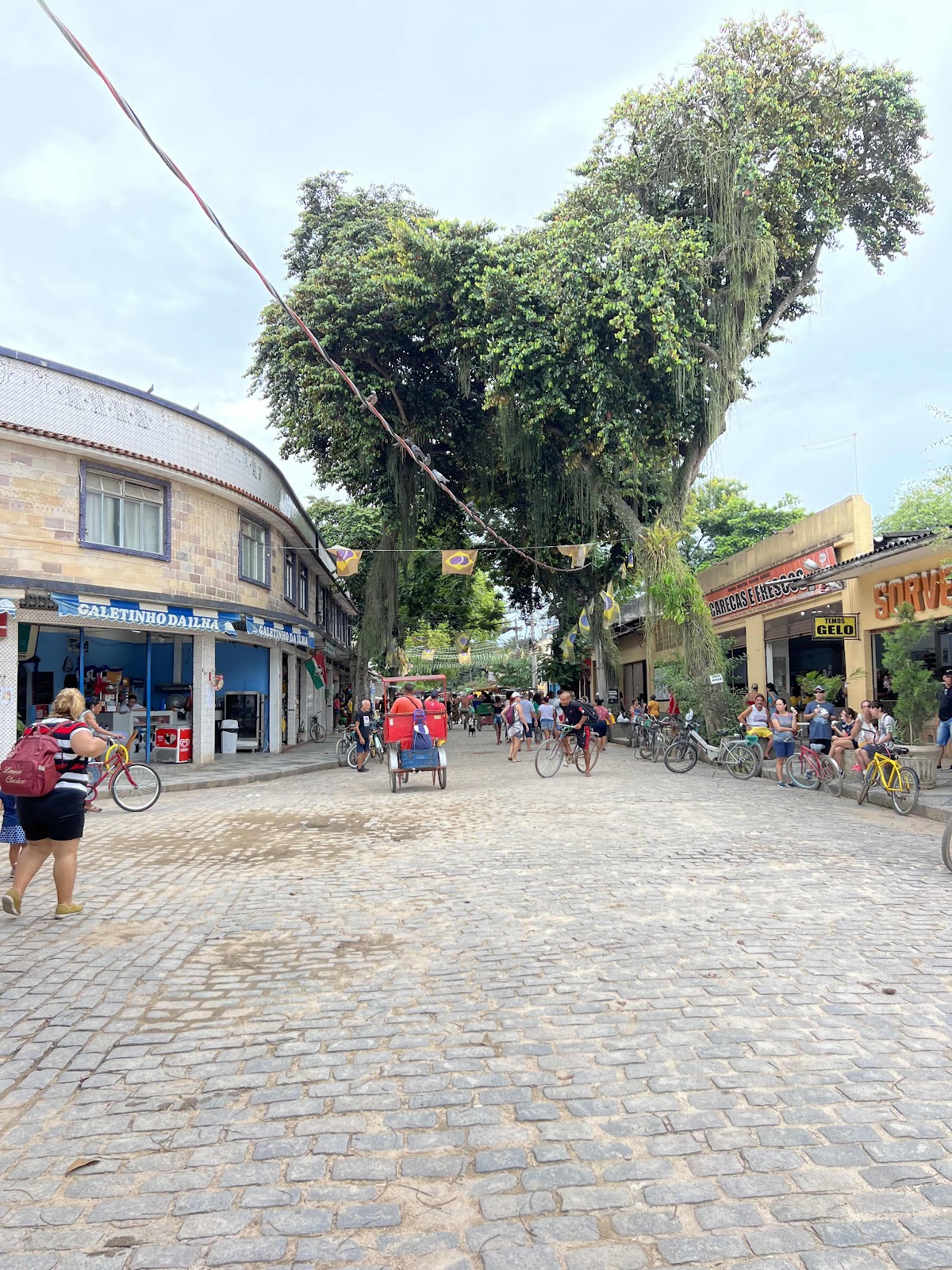 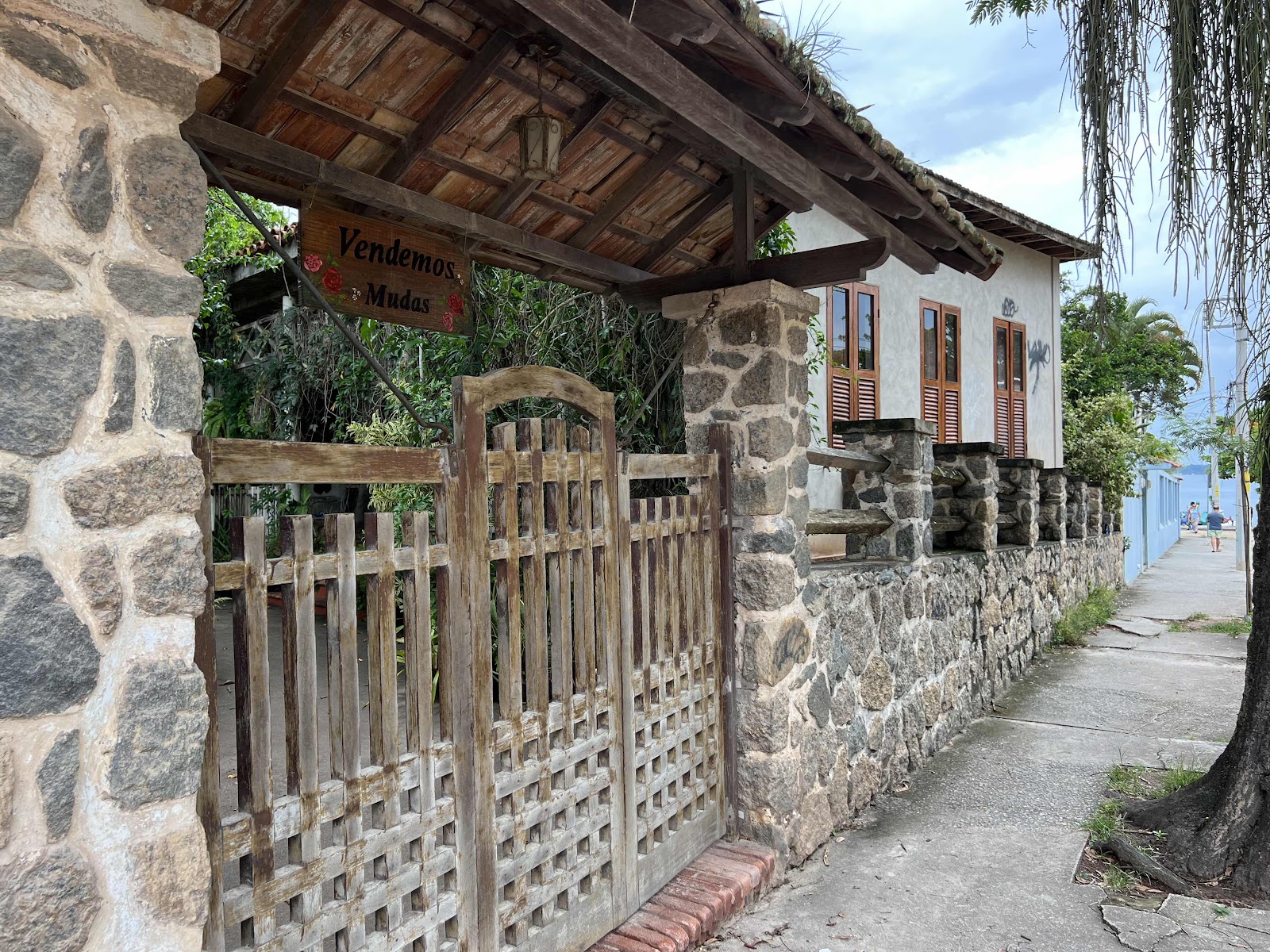 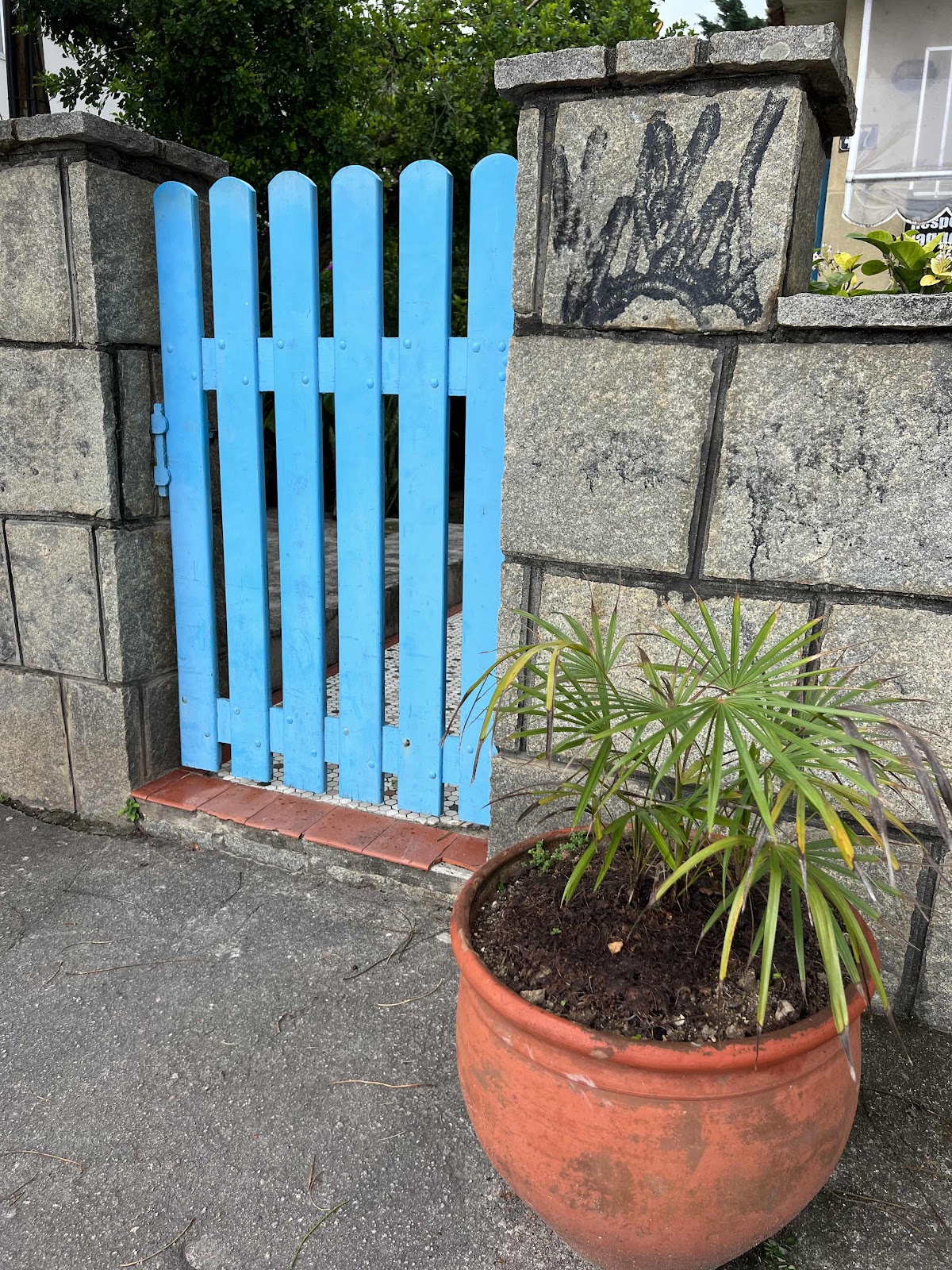 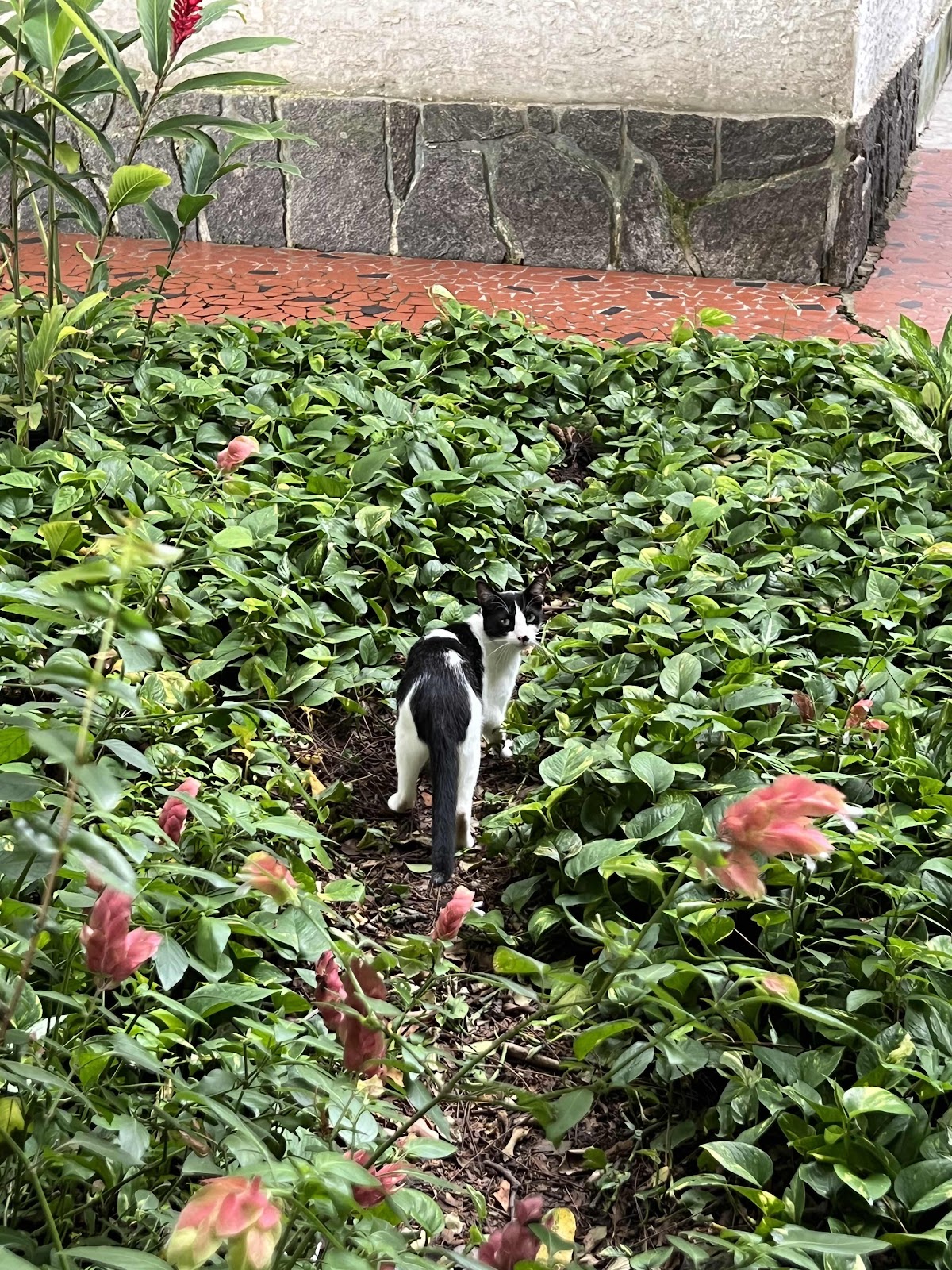 I walked the entire island along the shore. It was quiet. Many homes looked empty. It has a lovely view but no one is using the beaches assuming because the water is dirty. 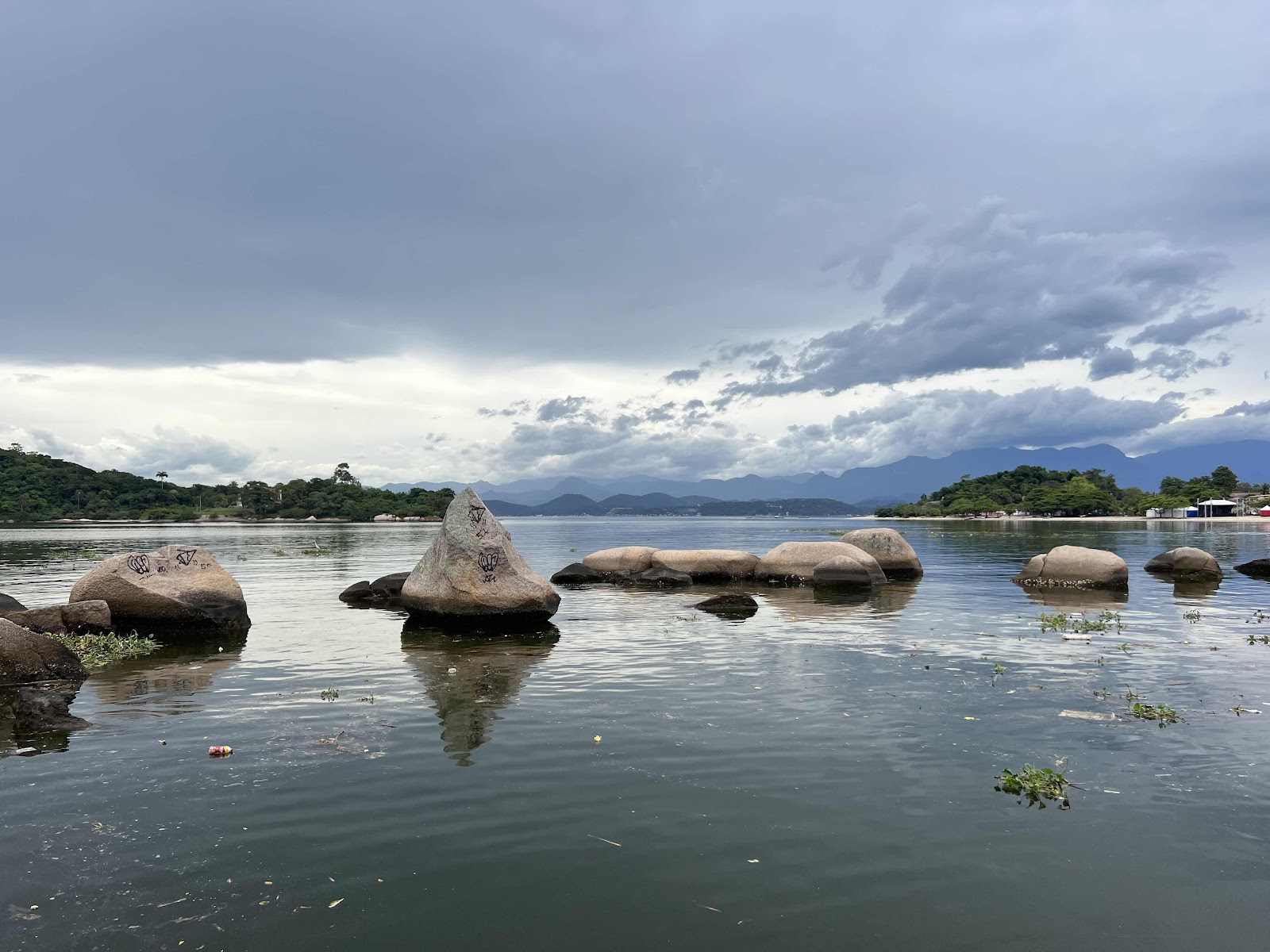 This rock has a legend that if you toss three stones over your back and one stays on top you will have true love forever. I could not find three rocks to throw. 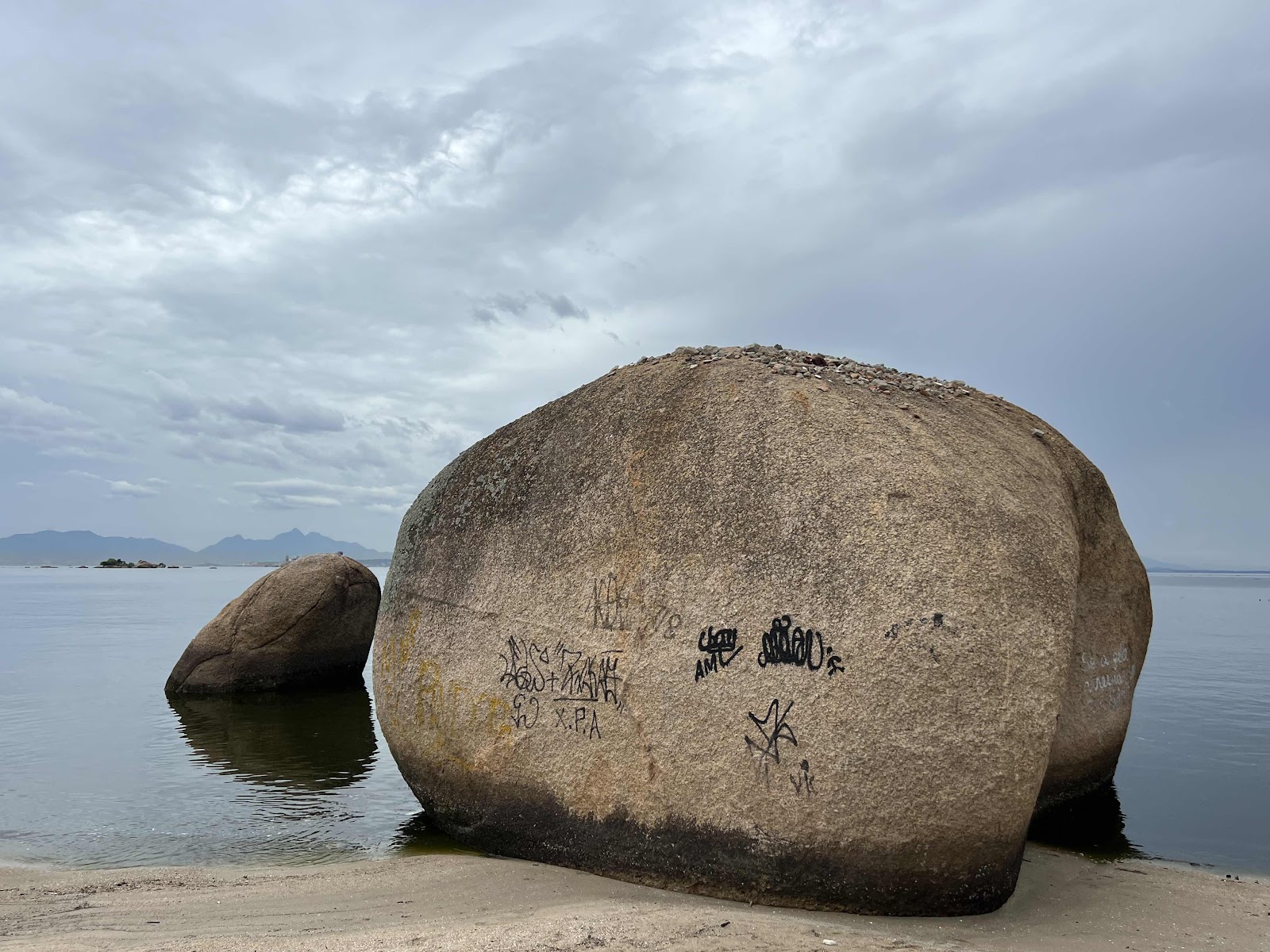 After walking I had lunch at Zeca’s. It remains hot and I was trying to figure out what drink would be most refreshing. I followed everyone else by ordering beer. I had Carne de Sol Macaxeira, salty meat but yummy friend potatoes! 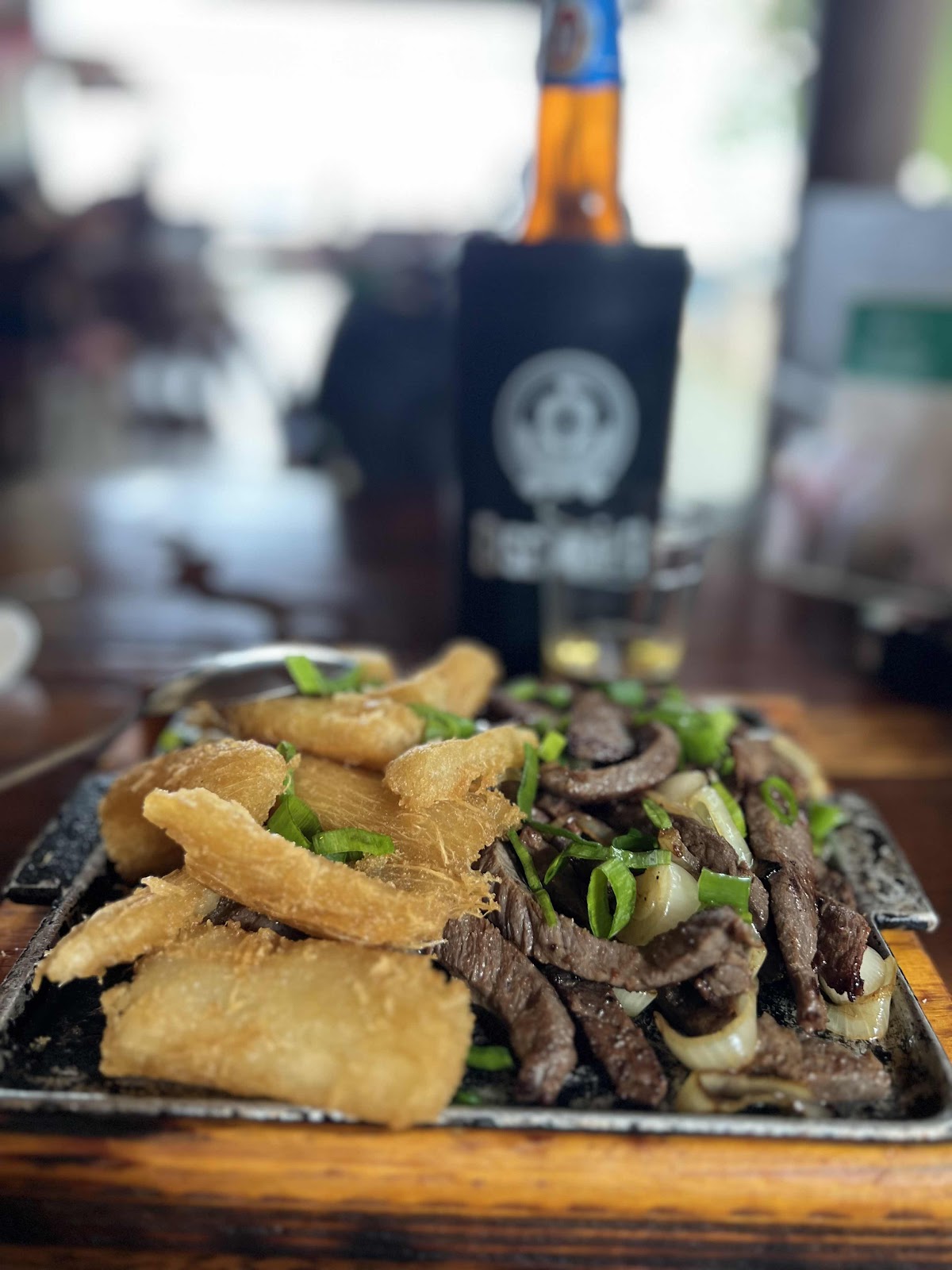 I slept a bit on the hour ferry ride back and walked back to my hostel. The island visit was a nice change of pace.